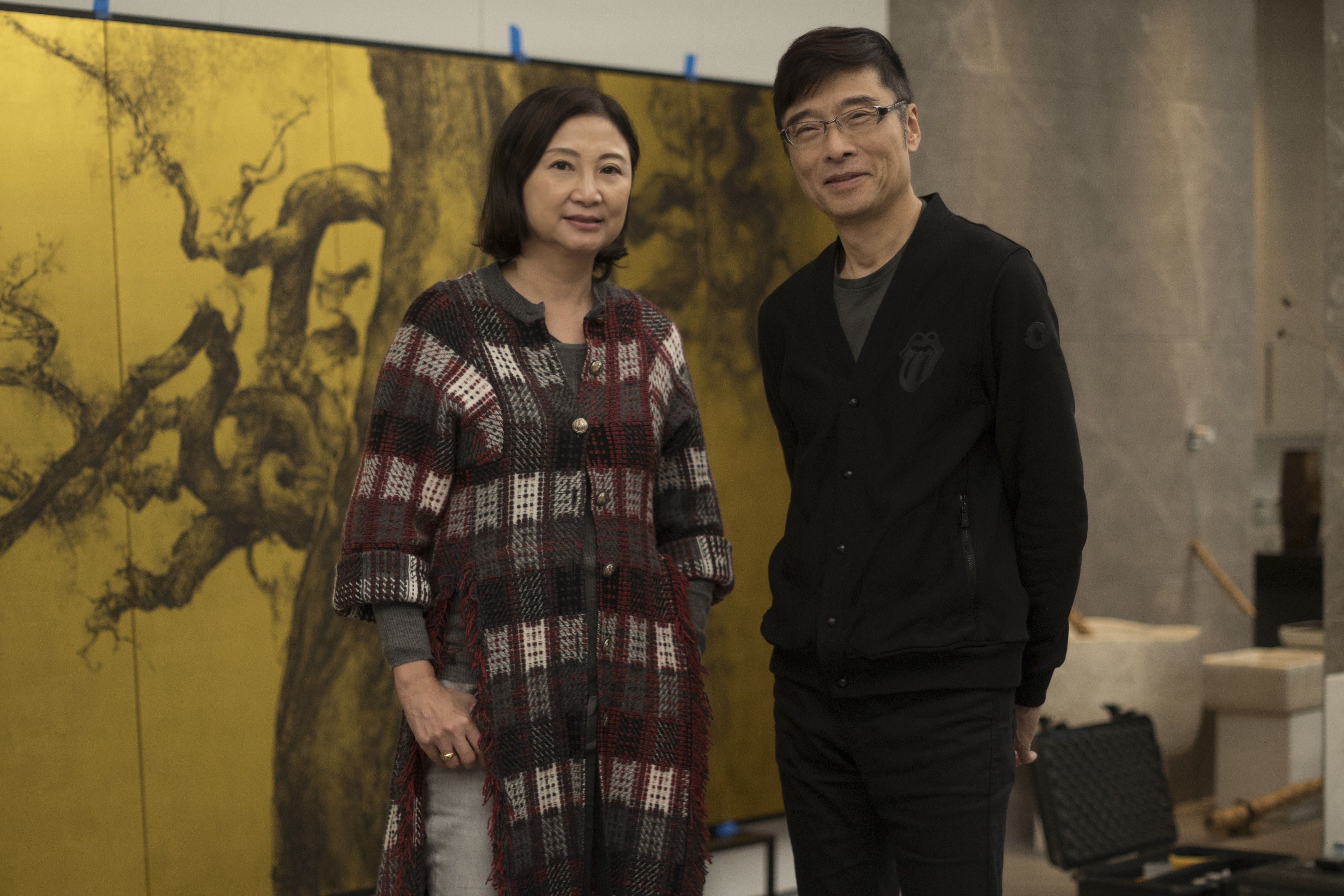 Successful artists don’t interest Catherine Kwai. Neither do the hot, hip and up-and-coming ones. Her passion and focus is for the mid- to late-career underdog – creators with a decade or more of experience under their belts, who have seen the world but haven’t so much seen prosperity, who live and breathe art but have not a clue how to sell their work in a modern world driven by market trends, auction results, media adulation and museum accolades.

If you were to ask Kwai for her prevailing strategy when it comes to curating Kwai Fung Hin’s line-up, it would sound more like a charity project than a healthy business endeavour.

“I am not for the young and up-and-coming. I choose artists aged above 50. A lot of young artists come to the scene, but after five years, it’s too difficult. They don’t survive. If the artist can stay around for 10 years, at least he must have a really strong passion to sustain,” she says.

“A lot of [young] artists, they easily become very commercial. When they have their first exhibition, this sells, and the gallery will tell them. And they think this sells, so let’s do more. I really admire those who are really strong and stick to their way. They don’t look at the market and they never become really famous. But they keep going, keep creating, keep evolving.”

Kwai didn’t launch her gallery with this intention. A banker with Chase Manhattan who herself studied painting, she decided after 10 years in the finance world to start her own business. “I even considered starting a beauty salon, though that’s not my real interest. I never worked a day in an art gallery before. When I quit my job, the whole year I visited galleries in Paris and New York, and I talked to the owners and went to their exhibitions and saw how they [ran their galleries].”

The first few years were tough – without a background in art history, nor connections with good artists, it was a bit of a struggle, although, she points out, back then Hong Kong had few truly strong galleries, and it was easy to find young artists to represent. In the debut years, she dabbled in the ink masters, but decided to change tack because, back then, everyone was doing ink. “At that time,” she says, “all the ladies in Hong Kong were the same. We all fell in love with France.”

She visited galleries in Paris and told them she’d love to show French art in Hong Kong. Eight Consul-Generals attended the first show; and the French consulate rallied behind Kwai Fung Hin.

“The interesting thing about my career is that I didn’t have any speciality. Because if you studied art, you might specialise in Impressionism or in modern. But that’s not me, I had no boundaries. From Impressionism and post-Impressionism, I moved to expressionism. I picked up two or three artists from Germany. I even brought Italian art – Modigliani, I brought him in 2002 to the Hong Kong University Museum, but at that time, nobody knew who he was.”

Chance and circumstance brought her back to Chinese art. In 1995, she attended the Venice Biennale, and though there wasn’t yet a Chinese pavilion, the French one was exhibiting a number of Chinese contemporary works. “I saw a few Chinese artists standing together; you can easily figure out who the artists are. I went over and asked, are you Zhang Xiaogang? They’re calling you now on stage.

“After, they came back and talked to me in Mandarin and asked, ‘Do you know where a Chinese restaurant is? We’re here for 10 days, we don’t like Italian food, it’s all pizza and noodles.’ You could see they were very poor. They couldn’t speak Italian or English. The next day, I invited them for dinner at a Chinese restaurant. I invited three and in the end we had 10. We became friends; all the talk was about contemporary art, which I didn’t know. And they said if you’re ever in Beijing let us invite you for dinner.

The first one I went for was with Fang Lijun in [the artist colony] Songzhuang. It was an illegal construction and the lighting wasn’t proper, it was like a ghost house. It was so cold and only had one heater so we had to sit by the heater. We talked and when I wanted to go to the toilet, he said just turn away, because there was no toilet at all.”

Zhang Xiaogang’s residence was “like Hong Kong’s low-class residential developments, a long corridor with doors. The doors opened and behind every door was an artist in a very small apartment with just a mattress on the floor, very poor and very basic. Once, Wang Guangyi came to pick me up at the airport; his pants were so big, he had no leather belt, just some string that they use at the vegetable market.

“I didn’t think I was really involved in Chinese contemporary art, because we had Hanart, who presented them already. So I started to be involved because I wanted to help them. I really felt that this was another kind of artist, and they were so devoted. So I started to buy.”

It wasn’t an intuitive jump from collecting to presenting. “If I buy, it’s easy, that’s my money. But if I present to my clients, it’s long term. I don’t want to change my gallery direction, today like this, tomorrow like that. If I recommend to my collectors, I need to have a real understanding, that’s always my belief.” Eventually, it made sense for her to deal in Chinese art because she had the access and ability to go deeper – deeper into conversations, deeper into the cultural history and background. Her devotion is to artists who came of age at the dawn of globalisation, who moved to Europe to live the artist’s dream but ended up living just above the poverty line.

“But now,” she says, “everyone is looking at the up-and-coming artists. So I want to help those so-called 20th-century artists. [The art world] has left behind the old. Nobody wants to watch them any more, but I want to bring them out; I want to make history.”

One of the prize artists on Kwai’s roster is Zao Wou-Ki’s late first wife, Xie Jinglan, who uses the artist name Lalan. As usual, “nobody knew her here. But the more I study, you really admire her. People say, ‘She’s the wife. Her work is like Zao Wou-Ki’s.’ She started to paint the day she was divorced, so it’s not fair that they say she paints exactly like him. After I met the family to see all the paintings in Paris – wow. In fact, she’s more avant-garde than Zao Wou-Ki. Her paintings are more abstract. Only after the ’90s did Zao become more abstract. She started already in ’69, ’70.”

Selling work has become a secondary calling for Kwai. Her primary aim is to build assets and environments that support the careers of these older artists neglected by the market. Kwai Fung Hin Art Publishing House is specifically geared towards releasing artist monographs – “I look at those older artists, they don’t even know what a computer is” – while the gallery assists them with museum shows. “Lots of museums want to invite them for shows, but the artists cannot go to the collectors to borrow their work. They cannot arrange the contracts to sign. They need archive building, education.”

When Kwai Fung Hin released Zao Wou-Ki’s monograph in 2010, people knew the name and work, but most of the literature was in French or Italian. She commissioned a researcher who took three years to put together a 74-year retrospective in Chinese and English encompassing the artist’s entire working life.

“At the time, our gallery was criticised. My Chinese collectors said he’s outdated. He was in France and nobody knew him and no Chinese would buy his paintings in the mainland. Now, so many mainland Chinese come to me and say, could you find pieces for me?

“I think my gallery only attracts serious collectors anyway, because I am not on trend. Some of the [second-generation] collectors, they have a list. ‘Do you have a Nara?’”

Kwai isn’t interested in changing her line-up, or in change at all. She’s interested in evolution, a philosophy she applies as much to herself as to her artists. “Honestly, I don’t want to become a famous gallery. I want my artists to become successful, and for people to say, that’s Ms Kwai behind it. Also, I want to become an expert on artists. Which is the best period for this artist, and what do these pieces mean, and how has he changed? I could give talks. I think I’ll become more focused on a few artists to help them be bigger artists, instead of having 100 artists who sell well, but I don’t even know them.”