Imagine living in the heart of Singapore’s city centre where you are well connected to a network of roads and public transport services, and yet are ensconced in a green sanctuary of over 30 gardens spread across 3.8ha.

What about being able to live, work and play in it at the same time because there are state-of-the-art facilities for relaxation and recreation just at your doorstep? Add swanky interiors that have been designed to maximise space, and top-of-the-range built-in appliances to make your life simpler and stylish at the same time. Do such residences sound too good to be true?

Well, they exist but there are only a rare few. So it’s hardly surprisingly to learn that about 70 per cent of a 558-unit development – the Midtown Modern by GuocoLand – has been sold since it launched in March. These sold units include 90 per cent of the 307 one- and two-bedders ranging from 409 to 721 sq ft that were snapped up during the weekend launch. Eighty-five per cent of the buyers of Midtown Modern are Singaporeans and permanent residents, with a good mix of singles, DINKs, small families and couples in their 50s.

“They buy a unit here with the intention of renting it out first, then selling their houses and moving in here when they retire as they no longer want to maintain such a big home,” says Dora Chng, GuocoLand’s general manager (residential), referring to the last group of buyers, as she walks me through Midtown Modern and Midtown Bay showflats. “They want to move to an apartment in the city where it is convenient to go to most places, and where shopping and dining choices, as well as amenities, are aplenty.”

Perhaps it’s the non-pushy and reassuring way that Chng does her sales pitch – which inspires trust – and has passed down to the sales and marketing teams that she oversees (and conceptualises and implements strategies for) that has resulted in phenomenal sales in these uncertain times. But Guocoland’s developments sell themselves as well.

Midtown Modern and Midtown Bay (launched in October 2019 with 219 units) are the two condominiums that make up Guoco Midtown, a mixed-use development that also has retail and office components, and spans around 1.5 million sq ft of gross floor area. It sits on 3.2 ha of land in Beach Road and Tan Quee Lan Street, and is directly connected to Bugis MRT interchange station.

The connectivity that the development offers – within walking distance to the three office micro-markets of Bugis, City Hall and Marina Centre – is a huge draw. It is also connected by a fully covered underground passageway and an overhead bridge to surrounding areas.

Despite their location within a concrete jungle, Midtown Bay and Midtown Modern are an oasis to nature lovers. Within Midtown Modern’s twin residential towers are more than 10 thematic gardens. While ip:li Architects was the design architect and ADDP Architects the project architect, landscape architect Chia Jui Siang who is a partner of Ortus Design was tasked with designing and filling these gardens with almost 200 species of plants spread over 1ha of land at Midtown Modern, which could be a first for a condominium in the CBD. Plants are specially
selected to create the ambience of spring, summer and autumn (imagine: orange and red-hued plants). Within the gardens are also facilities like a 50m pool, tennis court, hot spring and gym.

Together with these recreational options, Midtown Modern has other amenities for those who like to mingle. There are five event spaces that include a teahouse, a clubhouse that can be configured for different party sizes, and a play pavilion with a large television screen that Chng reckons will be popular with male residents during major sporting events. Each tower also boasts two roof pavilions equipped with professional kitchens.

Fret not if you are a homebody. Your apartment is designed to be your sanctuary – even if it is a one-bedroom unit. Chng points out that even a four-seater dining table can be comfortably placed in a one-bedder, which starts from 409 sq ft, because of the layout and clever use of space. And Chng, having trained as an interior designer before going into property sales, would know about space livability and usability. 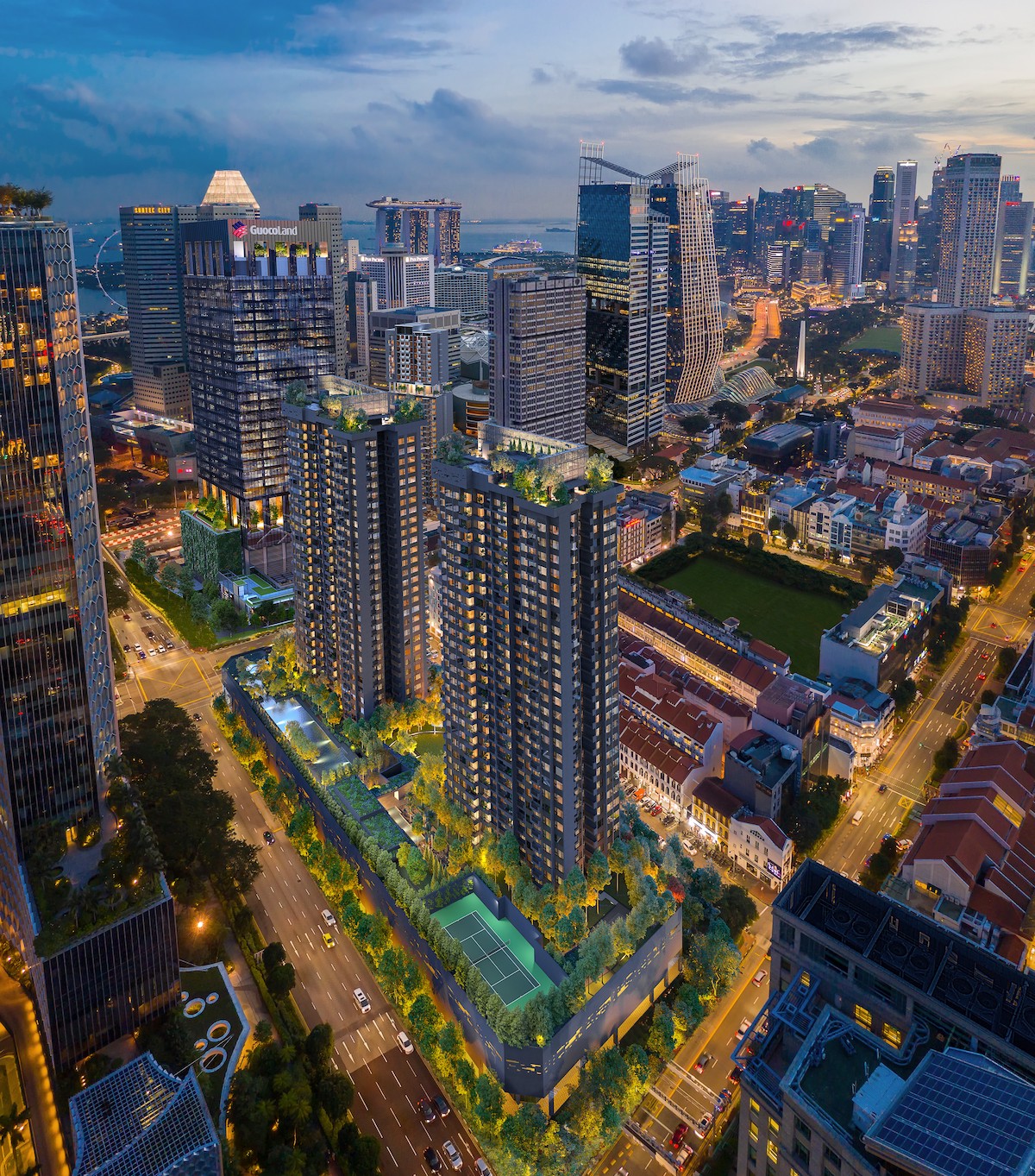 To reflect Midtown Modern’s resort sanctuary theme and for easy maintenance, beautiful porcelain tile flooring is used in the living and dining areas of the one- to three-bedders. In the four-bedroom apartments and two penthouses, marble flooring is featured instead. The bedrooms of all units showcase engineered timber flooring. The kitchens in the one- to four-bedders are equipped by De Dietrich, while the sinks and mixers are by Blanco. Appliances in the penthouses are from Liebherr and V-Zug.

Speaking of the stunning penthouses, one of them, a 3,520 sq ft five-bedder, was sold for $14.83 million. “Midtown Modern, with a higher proportion of three-bedders and even four-bedders, caters more to families with children,” says Chng, adding that “it is one of the first family-oriented residential developments in the CBD”.