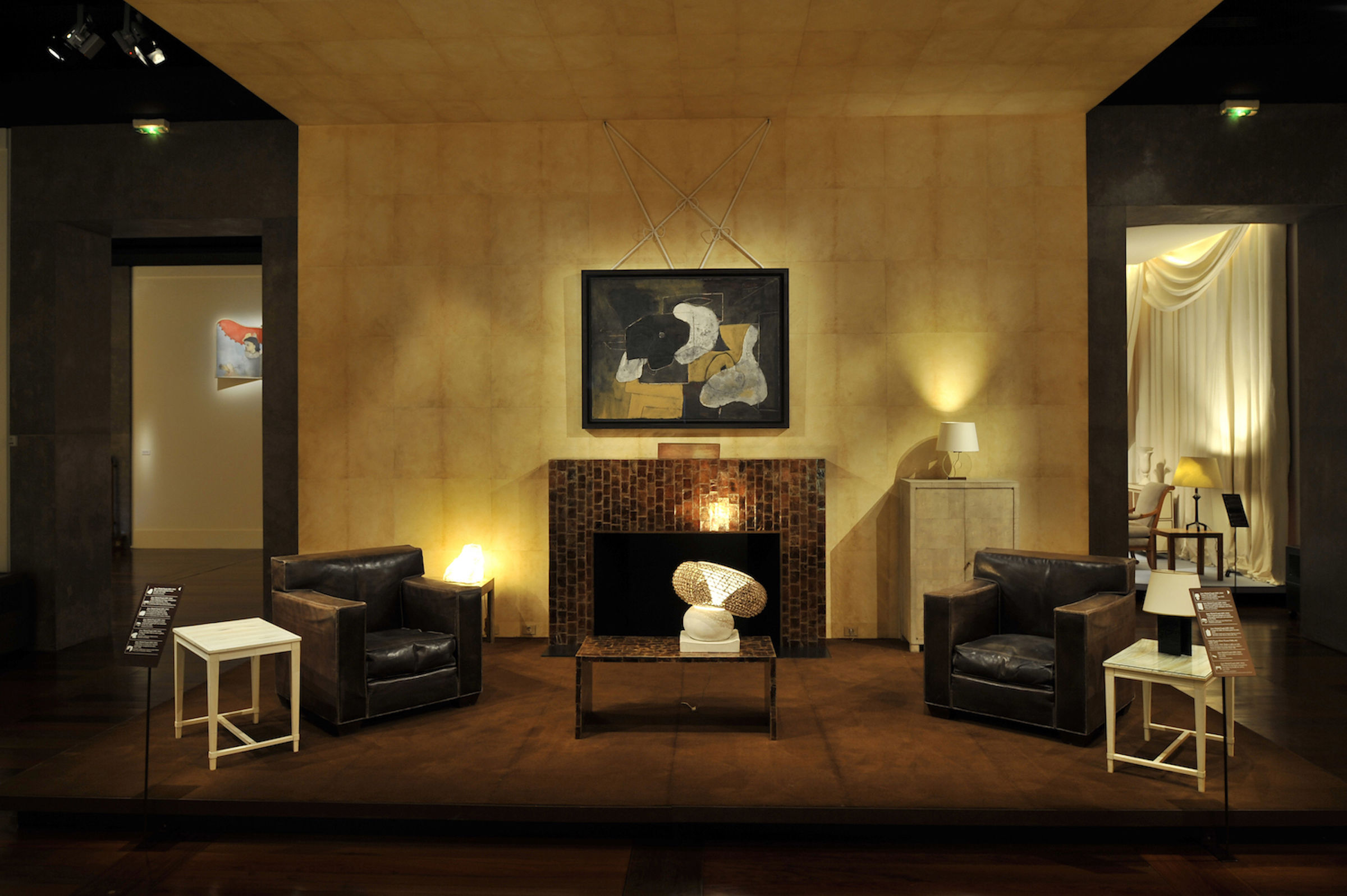 While a name not as recognised as Ray Eames or Arne Jacobsen, Frank is one of the most important decorators of the 20th century. His designs were favoured by the Parisian elite, who called his work luxe pauvre, meaning “impoverished luxury.” Perhaps you’ll recognise the Parsons table, one of his most prominent furniture designs. The modernist table design features legs that are equal in thickness to the top, and remains one of the most classic furniture used by interior designers up to this day. Its name can be attributed to where it was supposedly conceived: During a design class taught by Frank at Parsons in Paris in the 1930s.

Born in 1895 in Paris to a wealthy German banking family (which includes his first cousin, diarist Anne Frank), he had a relatively brief yet influential career from the early 1920s up until his tragic death after the Second World War. Jacques Lassaigne once said, “If there is one name that dominated the very last years before the war in interior design, it is indeed Jean-Michel Frank.”

During the reign of modernist designers of the era like Le Corbusier, Frank stood out with his unique aesthetic. Unlike Corbusier, Frank yearned to see interiors made up of more than just “six thousand shades of beige.” An advocate for combining different styles, he brought together old and new to create a space that is minimal yet with character. The result? A mood different from the hygienic, simplified aesthetic of Corbusier.

“I believe that a less severe principle can be found — the mixing of styles,” Frank wrote in 1935, “The noble frames that came to us from the past can receive today’s creations. The house that we build now can welcome ancient things of beauty.”

Indeed, against the chaos of the interwar period, the designer’s work offered a refuge from the external world. His furniture was often clad in vellum, bleached leather or shagreen. Calm and subdued, they featured clean lines, and served to complement the art collections of his prestigious list of clients, who owned works by artists like Picasso, Leger and Matisse. Yet, Jean-Michel Frank was not a minimalist.

Frank was too heavily involved in the deep exploration of materials (like mica, obsidian, terracotta and shagreen) to be one. This is prevalent in several pieces of his works. His talent lies in selecting materials and combining various textures that contributed to a greater decorative scheme.

Take his table lamps circa 1925, for instance, which were placed in the music room he designed for Cole Porter, Templeton Crocker’s penthouse and Claire Artaud’s apartment. More structural pieces of art than furniture, the lamps were made of obsidian (a natural glass formed by the rapid coming of lava), leather, brass, and paper shade. So valuable is the lamp, that it was recently sold for US$200,000 (S$270,224) at a Phillips auction to a private collector.

Born with an inventive mind, Frank was among the first designers to clad furniture in parchment and shagreen. The latter eventually became a coveted fabric revived in the 1960s by design maestro Karl Springer, and remains popular up till today. Frank also applied traditional materials in new ways, like covering walls in straw marquetry and upholstering with canvas.

Besides his decade-long collaboration with luxury brand Hermes, Frank launched his eponymous furniture line in 1932 with Adolphe Chanaux, a former student of his. The collaboration offered luxurious and sophisticated furnishing that are sought after, propelling them into the centre of Parisian art life, among the elite. Together, they decorated apartments for Charles and Marie-Laure de Noailles, Nelson Rockefeller, Jean-Pierre Guerlain, and Louis Aragon. While the collaboration came to a halt during the Second World War, the Frank and Chanaux creations remain the most exquisite and sought after pieces by art collectors even today.

“His death was the prologue of the drama, the final curtain rundown between a world of light and a world of darkness,” wrote his friend Jean Cocteau in Art et Industrie in 1945. After the Second World War, Frank (both gay and Jewish), fled Paris and sought refuge in Argentina where he continued to work for the rich and famous. In a twist of fate, he travelled to New York in 1941, where his works included a commissioned project for Nelson Rockefeller’s 5th Avenue apartment. Frank used pieces of his own designs as well as a variety of Louis XV-style French furniture, as well as paintings by famous artists Matisse and Fernand Leger.

This resulted in one of his most renowned works — and also last major project. Frank committed suicide the same year due to depression and the knowledge of his extended family’s oppression under the Nazi regime.

Today, Frank’s legacy lives on in modern designers all around the world who find inspiration in his work. His original designs can still be found, and fetch high prices at collector’s auctions, with an impressive list of fans including designers Karl Lagerfeld and Yves Saint Laurent.

This article was first published in Lifestyle Asia