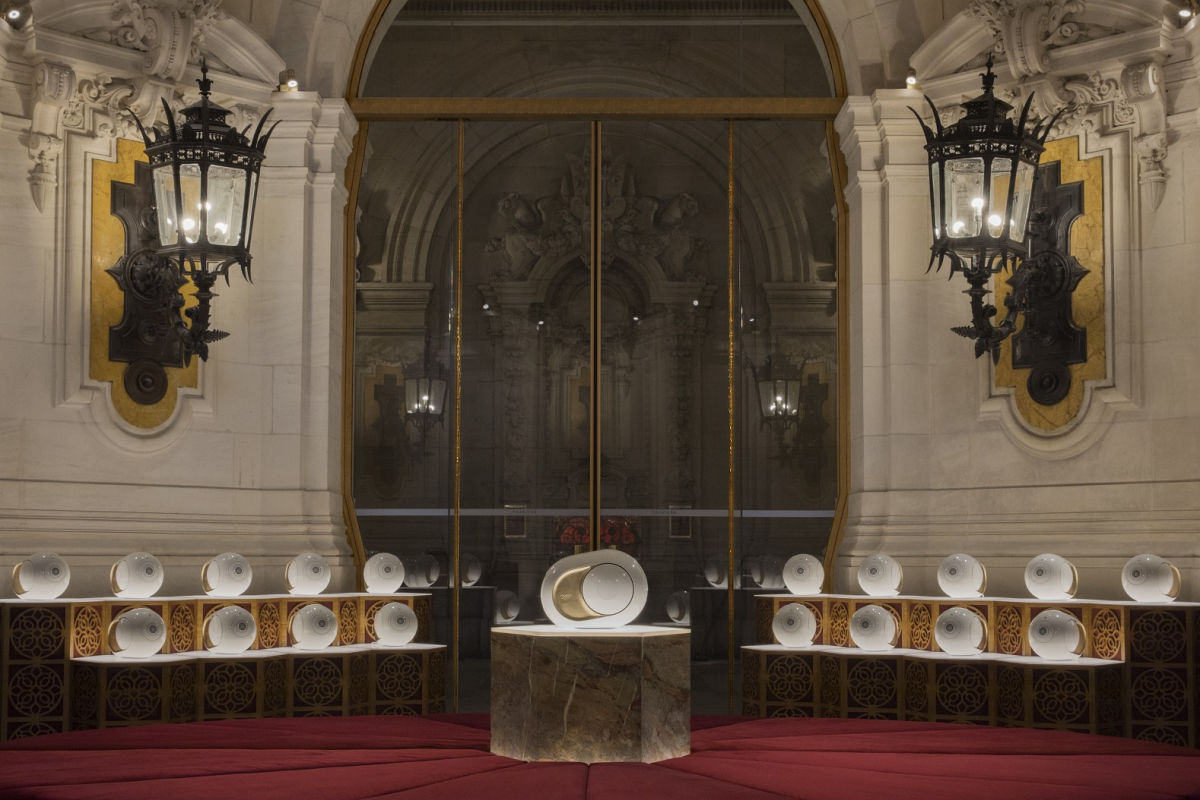 Devialet’s aim to bring forth a musician’s story through fine technology, further strengthened by Opera de Paris’ artistic heritage, is truly a collaboration of excellence. Back in 2015, Devialet and Opera de Paris started their own musical and historical “symphony” by signing a 10-year collaboration deal. Within the short two years, they have told many stories together. This year, they unveil a new story, by introducing the Devialet Hand Gilded Gold Phantom right here in Asia.

Otherwise only available in the Opera Garnier flagship store located in Palais Garnier, Paris, the made-in-France limited-edition sound system will be on display and for sale across three Asian countries. This beauty of a machine would be launched amid next year’s Lunar New Year celebration, with only 38 units of the Devialet Hand Gilded Gold Phantom up for grabs in Devialet’s biggest Asia flagship store at Marina Bay Sands Singapore.

Paying tribute to the interiors of Opera de Paris, each speaker is fashioned in stunning shades of gold, handcrafted by Ateliers Gohard, who specialises in restoring gold, most notably that of Palais Garnier. The gold leaf gills on each exclusive speaker are meticulously finished by hand via a time-honoured oil gliding method. Each piece also features a stamp of the Opera de Paris logo.

This wireless speaker sports a wide frequency response of 14Hz to 27kHz and a maximum volume of 108dB, all contained in a spherical unit of just 11.4kg. Of course, all speakers are injected with the Analog Digital Hybrid technology, an industry-redefining invention by Devialet that simultaneously harness and refine analog as well as digital amplification. This allows optimal magnification of sound but at the same time preserves the most natural, and true audio possible.

For the first time ever, owners can stream live performances or recordings from The Paris Opera, to be enjoyed at the comfort of their home. This privilege is made possible with the Devialet Spark app.