Train to Busan to Dawn of the Dead: The best zombie movies from around the world

Pursuits
Train to Busan to Dawn of the Dead: The best zombie movies from around the world
Share
Next article

Zombies have long been an inspiration for some of the best scary movies, and the allure of flesh-eating undead does not seem to perish with the topic finding relevance across countries. While horror is the most prominent genre associated with these films, makers of some of the best zombie movies have explored comedy, romance and action as well.

How did zombie films find prominence in pop culture?

The concept of zombies can be traced to 16th and 17th-century Haitian history. It was believed that slaves who took their own life were made undead as a punishment. In a darker twist to this myth, Haitians believed that voodoo priests used these undead corpses for free labour.

Present-day modern zombie flicks are quite different from the original flicks like Return of the Living Dead (1985) which started the trend of making such horror movies in this subgenre. The monsters shown in these films had all zombie-like traits but were simply referred to as human flesh-eaters.

These flicks show a post-apocalyptic version of reality that the masses have found relatable, especially with real-world issues like the COVID-19 pandemic. Bona fide entertainers, classics like Night of the Living Dead (1968) or cutting-edge action films like Dawn Of The Dead (2004), these movies have never failed to impress the audience.

Additionally, those who are not great fans of horror and gore but want to explore the zombie genre can always rely on zombie comedies like Shaun Of The Dead (2004) or the rib-tickling Japanese flick One Cut Of The Dead (2017). Meanwhile, fans of Korean zombie movies can watch Zombie On Sale (2019) directed by Lee Min-jae to kick-start the weekend with your brood. 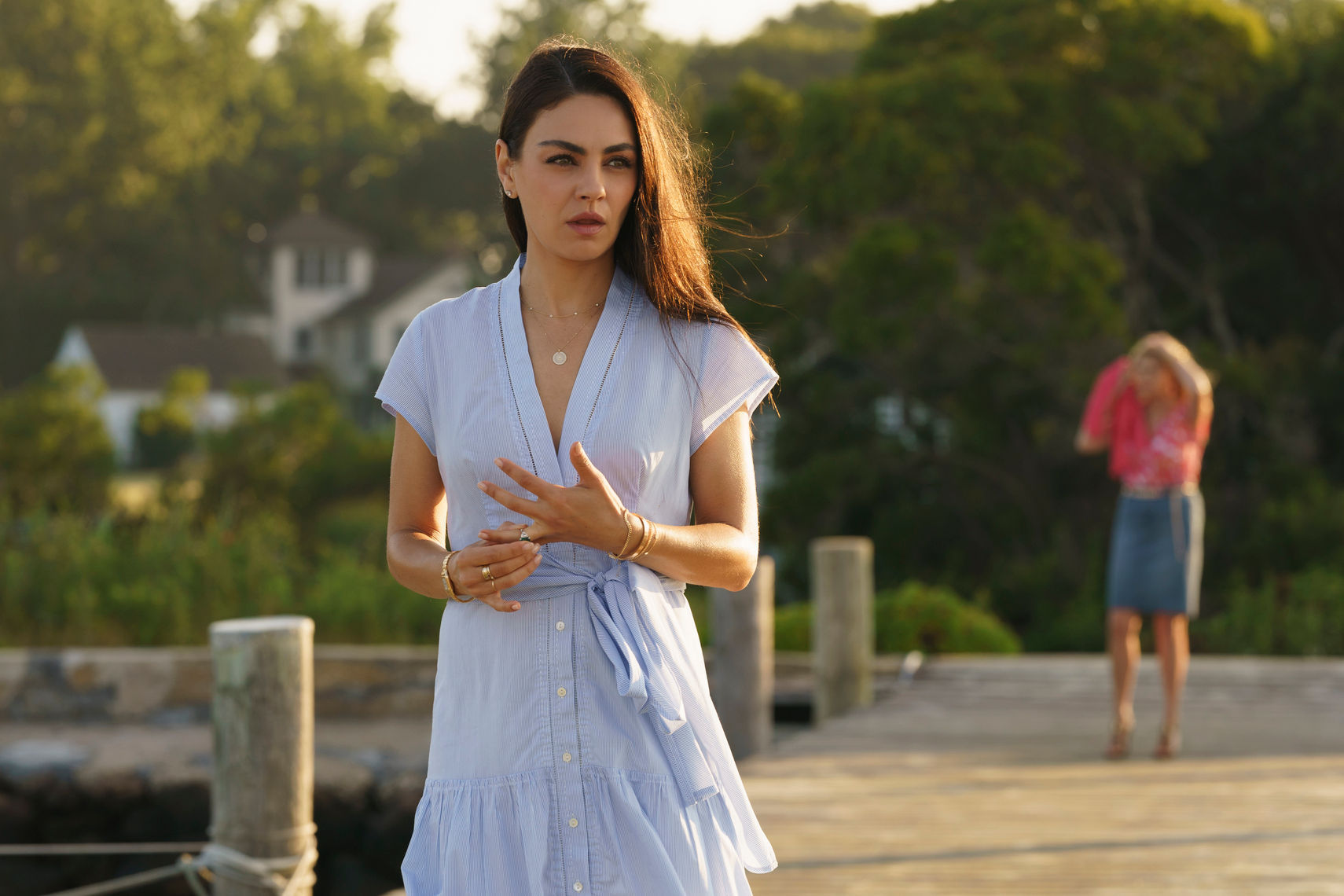 Directed by: George A. Romero

Synopsis: This zombie movie follows Ben (Jones) and a group of individuals who hide in an abandoned house in Pennsylvania as the living dead make way from cemeteries to hunt down humans. But will they survive the zombies?

Synopsis: This masterpiece in the horror comedy genre makes for a bloody good zombie movie. The plot revolves around Shaun (Pegg), a boring salesman in London, who is trying to get his life together. However, he finds himself in the middle of a zombie apocalypse and decides to assume the role of a protector to win his girlfriend back.

Synopsis: This much-loved Korean zombie movie is about Hyun Woo (Jung), a zombie, who is a product of an illegal pharma experiment gone wrong. While the Park family tries to make a profit by selling this zombie, the film showcases how Hyun develops relationships with humans.

Synopsis: Shown in the Cannes Film Festival’s Midnight Screenings section, this is one of the highly recommended modern zombie films. The movie revolves around Seok-woo (Gong), his estranged daughter Soo-an (Kim Su-an) and other passengers as they struggle to survive on a train from Seoul to Busan during a zombie outbreak.

Synopsis: Jim (Murphy) is discharged from a hospital only to find that the whole of London is a ghost town, and a zombie apocalypse threatens the existence of humans. The film has a deeper meaning as it attempts to explore human nature and its fallacies. Additionally, the action sequences in the movie will keep viewers glued to the screen.

Synopsis: Ana (Polley), a nurse, is unaware of a zombie outbreak in the suburbs of Milwaukee. But when she is attacked by her husband Luis (Ferreira), she flees the scene and joins policeman Kenneth (Rhames) along with a young married couple and a salesman. Will they survive this attack by the living dead?

Synopsis: The zombie film follows two employees — Frank (Karen) and Freddy (Mathews) — who work at a medical supply warehouse. Accidentally, they release a deadly gas, which causes corpses to rise. Soon, the city is under attack from the undead who are after the human brain.

Synopsis: Amateur actors and a crew with debatable merit set out to shoot a low-budget zombie flick in an abandoned military facility. The cast and crew, however, find themselves in the middle of an actual zombie attack in this comedy of errors.

Touted as the easy breezy, ‘laugh out loud zombie comedy’ by the Hollywood Reporter, this Japanese zombie movie is a must-see for its brilliant new-age take on this classic subgenre.

Award won: Best Editing at the Awards of the Japanese Academy 2019.

Synopsis: This Korean zombie movie is sure to creep you out with its elements of witchcraft, ghosts and demons. Centred around a reported evil, the film follows a Japanese man settled in far-off mountains near the village of Goksung in South Korea. Soon after his arrival, the village begins to witness mysterious deaths. Will the investigating police officer Jong-Goo (Kwak) get to the bottom of this dangerous phenomenon?

Synopsis: A group of doctors head to a deserted island along with a journalist to investigate strange instances of cannibalism. Upon arrival, they are greeted by a scientist who apparently is working on the same issue. The team of doctors and the journalist, however, is in for a rude surprise as they are faced with an attack from cannibals and zombies.

Synopsis: After a deadly virus turns most humans in the world into zombies, a group of four — Columbus (Eisenberg), Tallahassee (Harrelson), Wichita (Stone) and her younger sister, Little Rock (Breslin) — are on a mission to vanquish the undead and survive the attack in this quirky horror comedy.

The makers released a sequel to this film, Zombieland: Double Tap, in 2019 where the leads reprise their roles and are faced with evolved zombies in the America heartland.

Synopsis: A nondescript town of Wheelsy in South Carolina is disrupted when its citizen Grant (Rooker) gets infected by a deadly virus from outer space and his wife Shyla Grant (Banks) watches him transform into a monster. Soon, the town is under attack by zombies and mutant monsters from space.

Synopsis: An alien experiment gone wrong leads to the killing of a college fraternity member whose body is frozen for medical purposes in the 1950s. Decades later, Chris (Lively) and JC (Marshall) are given a dare to release the body from a confined facility in the college. What happens next leads to utter chaos.

Synopsis: Touted to be a pulpy sci-fi movie, it revolves around Herbert West (Combs) who is quite taken in by the idea of making the dead alive by injecting a green liquid into the corpses. However, this creepy idea takes a dangerous turn.

Synopsis: The core live-action films in the franchise follow the 2002 movie where a science experiment gone wrong leads to a virus outbreak in a secret intelligence facility called The Hive. The entire unit is infected with this deadly virus causing mutations in the human body. A special unit which has Alice (Milla Jovovich) is deployed to fight these mutated creatures and zombies. Will they succeed in saving the world?

Synopsis: The spread of a deadly virus has plunged an entire Korean city into chaos and dismay. However, a man (Yoo) manages to lock himself alone in an apartment in a bid to survive.

Synopsis: The plot revolves around a former United Nations employee Gerry Lane (Pitt) who travels around the world to stop humanity from dying at the hands of the zombies.

Synopsis: Set against the backdrop of Cuban revolution, the plot centres around Juan (de Villegas) who finds himself amidst an army of zombies. He navigates through his personal problems along with coming up with a scheme to vanquish the zombies to earn some monetary profit from the government.

Year of the Rabbit: 15 celebrities born with this zodiac sign

December full moon 2022: What causes the cold moon and its effect on all zodiac signs