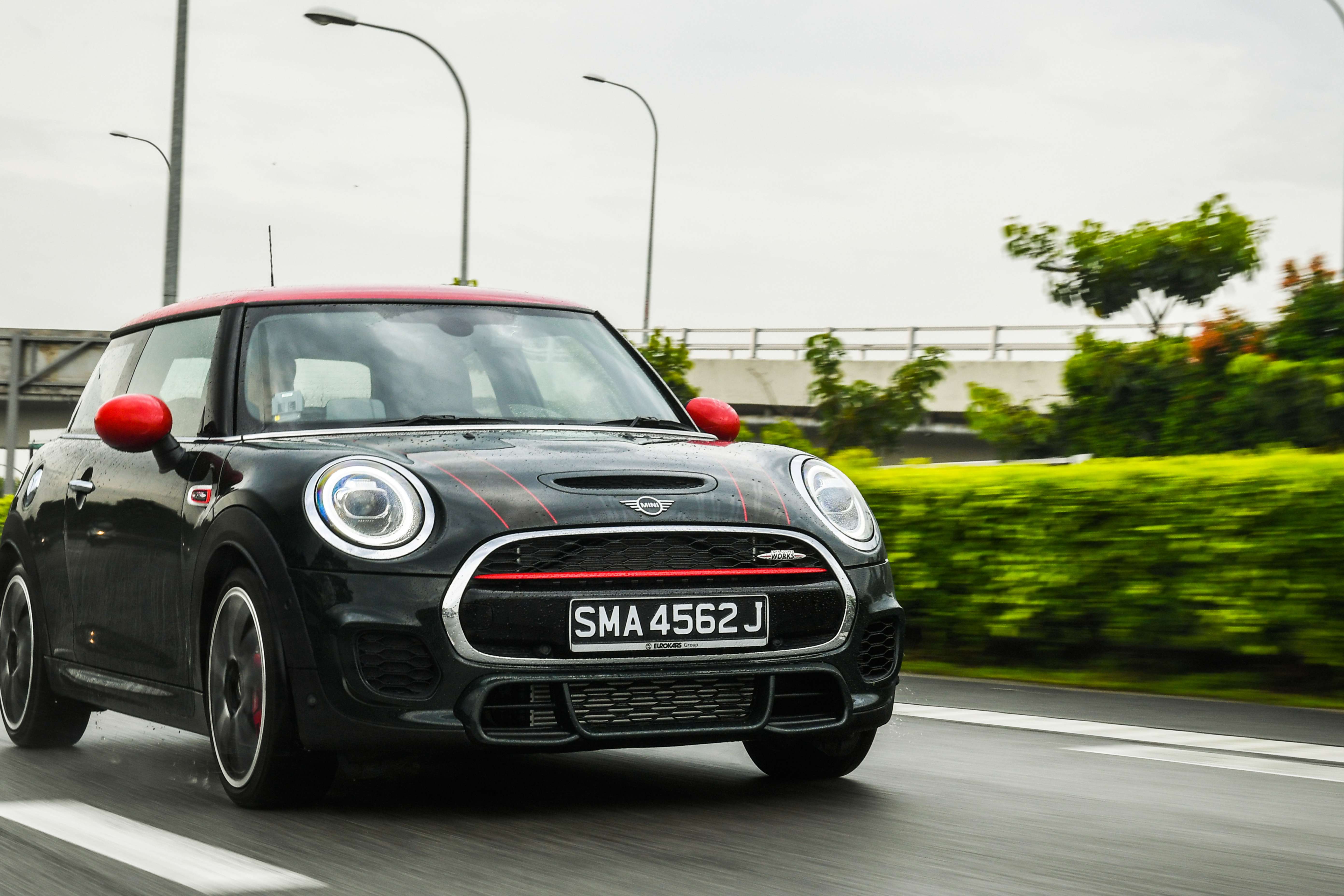 The 2018 Mini John Cooper Works sure packs a punch, well above its pint-sized physique.

Ready to make a powerful impression, the new model comes with a 2.0-litre turbocharged engine, which the Mini team says is “the most powerful engine ever installed in one of the brand’s serial production models”. It puts out 231bhp of power and 320Nm of torque, enough to propel the hatch from 0-100km/h in just over six-seconds.

Further bringing the sports car into the 21st century are its high-tech features. There’s a front camera system that detects oncoming vehicles and automatically adapts the LED headlights to provide the best illumination without blinding oncoming drivers. While an eight-speed Steptronic sports transmission comes as standard on the new Mini John Cooper Works. This includes shift paddles at the steering wheel for spontaneous manual intervention in the choice of gear.

There is now an optional Piano Black exterior, where the surrounds of the headlights, rear lights and radiator grille are finished in high-gloss black instead of chrome. Or buyers could just stick to the brand’s exclusive combination of Rebel Green exterior paint with Chili Red accents, seen here. Inside, sit in standard sport seats that are upholstered in a Dinamica-leather combination.