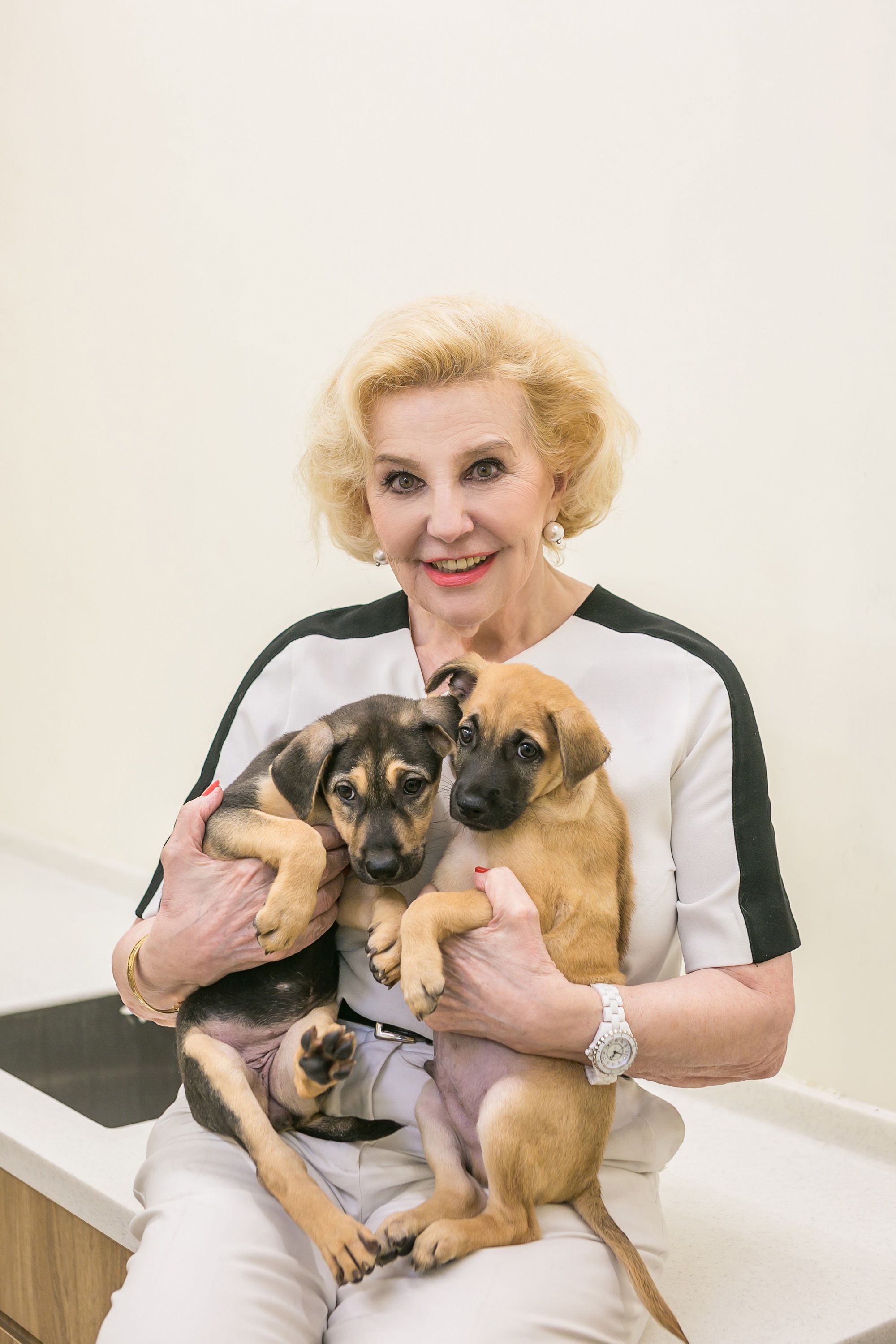 Animals have always been like family members to Gerti Iwatake. “I have a great love for all animals and I try to support animal welfare wherever I can through donations or activities for global animal support groups,” she explains.

As a young child growing up, Iwatake was always surrounded by animals.  When she was born, her mother already had a white spitz, and this dog shared the same bed as her.  At 18 years old, she got a little mini poodle, Yoki, as a personal pet, and lived a good life till he died of old age, after 14 years.

The first cat Iwatake got here in Singapore came about quite by accident. “A stray cat gave birth to two kittens outside my house, on my neighbour’s premises.  She did not like cats and threw them into the drain. My maid heard their cries when she took the garbage out.  They were being attacked by red ants!  So we decided to rescue them.  I didn’t know what to do so I called my veterinarian who advised me to remove them from the drain and clean off the red ants. The mother cat will return for them, he said.  We then put them in a big bowl (to protect from the ants).”

Well, the mother cat did come back for her kittens but she only took one away with her! So Iwatake decided to keep the other one, and named it Merah, was feeding it every 4 hours, like how you would a human baby. The veterinarian said the survival chance was very low… but she had had him for 18 years!  “Before he passed away, he was a lovely cat and a good brother to my little dog!” she reflects.

Currently, Iwatake only has one cat, Tysan, of local breed.  This also came about as an accident and she will tell you that the kitten adopted them when it followed her back into the apartment and never left!  This was 10 years ago.

Her love for animals, big and small, and not just for dogs and cats, have also fired up the warrior inside her.  She has since written countless of petitions to various organisations — PETA, Voice for Animals, Forever Trunks, Change.org, Fans of Animal Rights, to name a few — around the world to either support or condemn the treatments of animals.

Currently, the SPCA is the only facility that offers free healthcare to needy animals, though this is limited to basic treatments. SPCA’s vision is to develop the clinic into a fully functioning animal clinic. This will then allow it to provide more needy animals with more services, treatments and surgeries, as well as from other shelters and community animals as well.

But this vision costs money. And what better way than to have a charity event, and a fun one at it, to raise funds to properly fuel the operation of the clinic.

“As we began our fund-raising efforts, it is very inspiring to realise how many people here in Singapore really care about animals.  For this inaugural effort, our target is to raise close to $1 million, through the gala, and other efforts, to be able to fit out the clinic properly and have costs covered to provide free or subsidised services.  SPCA has moved to its new premises a year ago, while all the other shelters will move by the end of this, though most have already done so. With all the shelters in close proximity, they will have easy excess to the clinic,” Iwatake says.

What is Tux for Tails (TFT)?

Tux for Tails is the inaugural benefit gala to raising funds for SPCA. It hopes to raise $1 million to fund the new clinic at Sungei Tengah with upgraded facilities and equipment. We have been working on the idea for a clinic for over a few years and but only been actively involved in the preparation for the gala since January of this year.

How did you get this idea of raising funds for SPCA?

I have worked closely with Brandon Barker, who is our creative director, for the event, and on other charity galas, such as the Bone Marrow Donor Programme (she has been involved with its fund raising for nine years already). Both being animal lovers, we have been discussing the project together with his sister, Carla Barker (who is the vice-president of the SPCA for almost 2 years).  We then came up with the idea of the gala earlier this year. Once we have established what is required and necessary for the fit out of a proper clinic

Any other details about the night’s programme?

Minister K Shanmugam will grace the event as our guest-of-honour and we have a great entertainment programme lined up and will be produced by Brandon Barker. We will also be holding a live auction and also have a lucky draw lined up with some amazing prizes all generously sponsored for the event.

For anyone who might want to know more about the charity or how they can help, is there a website link that I can include?

They can check out the SPCA website which has more details on the gala and how to support.