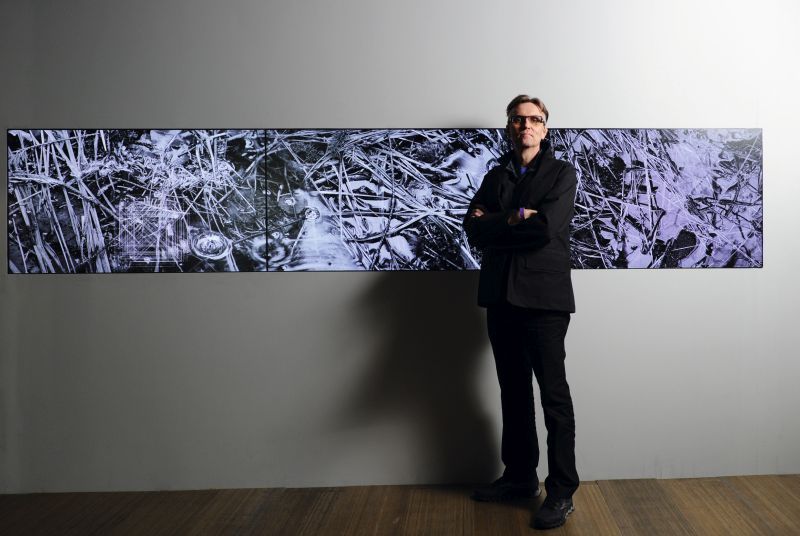 Nature and artificial forms entwine in a trance. A sequential rain falls amid shadows, clouds and debris. Time slows in long, ambiguous stretches; expanding, convoluting, distorting, and all that’s left is a blur of changing seasons.

ORT explores the reconciliation of nature against virtual structures in a luminous narrative. The man behind the audio-visual site-specific public installation is Chicago-based Austrian artist Kurt Hentschlager. At first glance, you see a neo-natural planet. And then nature diffuses, filtering through the complexities of the digital world. The burning question remains: What is real and what is imagined?

The upcoming premiere in Le Havre from October 6 – 20, 2017 will feature a 360-degree panorama highlighting the borders of Le Volcan, an Oscar Niemeyer-designed theater building. In a world where digital influences have infiltrated the world like a death grip, the upcoming installation addresses our mediated perception of nature.

“We must understand and make sense of the environment in order to survive,” says Hentschlager. “When something happens that appears alien to us, our brain goes into a frenzy trying to find out what it is – could it be dangerous or benign?”

The artist’s values are heavily rooted in nature’s majesty, recalling a video piece produced specially for watchmaker Audemars Piguet. Shot in the depths of Switzerland’s Vallée de Joux, the panoramic work stretched across three screens in a vivid contemplation of how nature is experienced in the 21st century and was presented during Art Basel in Hong Kong and Miami Beach in 2014.

One of the enduring ways Hentschlager shaped his thinking was when he met the Audemars Piguet watchmakers in the village of Le Brassus, where the valley is also located. He watched how they chipped and worked away in a tiny world, where everything looked to the naked eye like mere specks of dust.

“The mechanical age, in which watchmaking played a pioneering role, predated other advanced technologies, up to today’s digital systems, which still existentially rely on clock cycles,” he says. “Without the mechanical watch, there would be no computers and no electronic art.”

He draws a parallel between art and the essence of watchmaking, where artists and watchmakers share a common thread in chasing progress and originality from an innate sense of obsession and ingenuity. Limits, he finds, should be pushed beyond set boundaries. Indeed, if you looked at Hentschlager’s work, you’d marvel at its vast beauty.