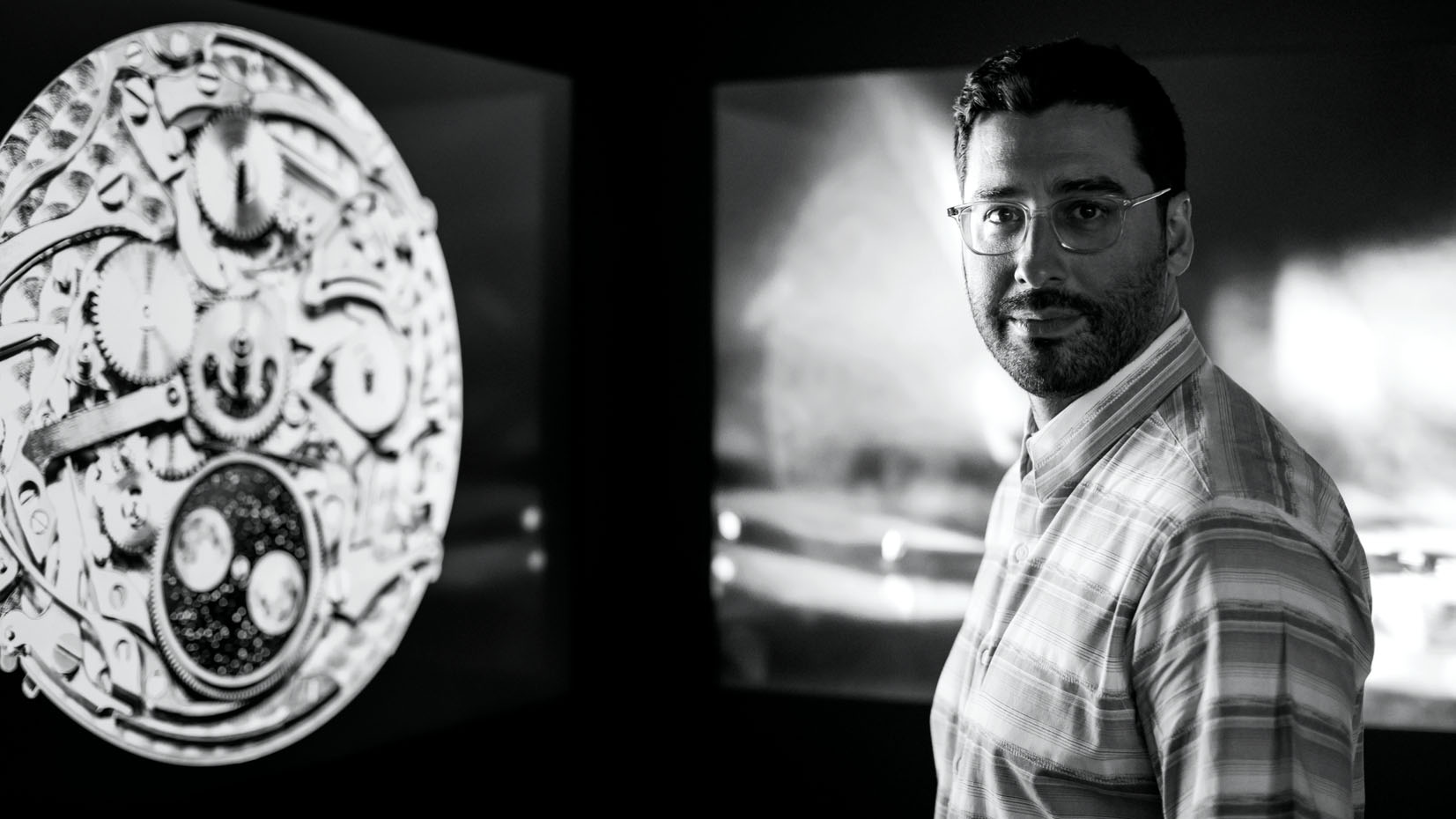 A man strums a guitar as he sits inside an elevator-sized glass tank. Water gradually fills the tank but he pays it no heed — even when he is completely submerged, he continues playing his musical instrument, occasionally rising to the surface for air. This is one of the sequences in Holoscenes, the thought-provoking performance installation by Los Angeles-based multidisciplinary artist and activist Lars Jan, which features performers going about mundane tasks such as applying make-up, drinking coffee or selling fruit while underwater. They modify their behaviour to suit their new aquatic surroundings but do not actually do anything to counter the dramatic change in their environment.

Intended to shine the spotlight on mankind’s sluggish response to the effects of climate change, such as rising tides and floods, the five-hour performance, which has been staged in major cities around the world including New York, London, Abu Dhabi and Toronto, has generated significant buzz globally.

The technical complexity and wide-ranging scale of his work has earned him the prestigious 3rd Audemars Piguet Art Commission. The commission provides Lars Jan with monetary support as well as access to advanced tools, craft expertise and sophisticated technology to enable him to create a new major large-scale artwork slated to be unveiled during Art Basel in Miami Beach, Florida, in December. Titled Slow-Moving Luminaries, the piece continues Jan’s explorations of nature and climate change.

Lars Jan’s keen observations on man’s relationship with nature began from a young age. “When I was 14, my mum took me on a family vacation to Yosemite National Park in California. I couldn’t believe that it was real and that’s when my love affair with wild places of the American West began,” he recalls. “From that moment on, I got more into camping and spending time outdoors in mountains, deserts, lakes and rivers. Those experiences have definitely shaped my eye.”

When he began creating art at around the age of 20, he found that the social issues that mattered to him became the inspirations that informed and shaped his creations. He says, “As I got more and more into photography, film, video-installation and performance, I started finding that I was meditating on issues around social justice, and those emerged in my works. So it was a relatively organic fusion between my activist and artistic activities.”

A multi-hyphenate with a wide variety of artistic pursuits, including design, photography, directing and writing, Lars Jan is also the founder of Early Morning Opera, a genre-bending performance and art lab. His works, including Holoscenes, The Institute of Memory (TIMe) and Abacus, have been presented by the Whitney Museum of American Art in New York City, Sundance Film Festival and New York University Abu Dhabi.

Ahead of the grand debut of Slow-Moving Luminaries at Art Basel, one of the world’s most influential contemporary art fairs, sneak peeks already hint at the ambition and complexity of the creation — and its relevance to the real world. “The piece is a building-scale pavilion, which is itself a kinetic, moving installation featuring a labyrinth and highlights the motion of the sun through shadows and semi-transparent screens and materials,” says Lars Jan.

Although the installation remained under construction at press time, Jan has shared some images of the prototype structure submerged in the waves at Miami Beach during a shoot in August on his Instagram @larsamerica. The photographs will be on display within the installation during Art Basel. In an ironic instance of life imitating art, Florida was hit by storms and floods soon after the shoot, when hurricanes Harvey and Irma blew through the state, making Jan’s flooded structure seem almost prescient and underscoring the urgency of his central message.

The idea for Slow-Moving Luminaries first took root when Jan visited Audemars Piguet’s headquarters in Le Brassus, Switzerland, earlier this year to learn about the brand’s 142-year tradition of precision and expert craftsmanship.

In one of the first conversations I had with someone from Audemars Piguet, we were talking about the weather, particularly the snow. I was told there was still snow but it wasn’t like the snow that used to be. That’s the kind of story I had been hearing when I was working on Holoscenes and exploring climate change,” he says.

These global concerns, together with the insights he gained into the world of horology, inspired Jan to shape his new work around the themes of time, motion and human emotions, “swinging like pendulums”. “The work will focus on this idea of shuttling between a sense of crisis, contemplation and meditation, in order to find stillness,” he explains.

He also discovered synergy between his and the watchmaker’s art. “The watchmakers work on long timelines of development and concentration, making complex objects that take nearly a year to fabricate, especially Grande Complications,” he observes “This is really consistent with my process, as it is eccentric and obsessed. I take two to four years to develop my own projects, which resonates strongly with the rhythm of the watchmakers.”

Just like the watchmakers, too, many of the mechanisms behind Lars Jan’s multi-layered artworks remain unnoticed to all but the most discerning connoisseurs. He says, “They make these incredibly beautiful interiors that would actually never be seen. That resonates strongly with my practice as I work on complex systems…[but] the end user will never see that part of the work.”

Besides his exotic travels, the simple pleasure of domestic life helps keep his mind alert and receptive to new ideas. He says, “I alternate — just like the pendulum I mentioned before — between seeking out vast, wild and remote spaces, particularly the mountains and increasingly the desert, with more domestic ones like the playground or farmers’ market. I love cooking and improvising on that scale.”

Even time spent with his five-year-old daughter at the playground is a refreshing experience for him. “I feel that my capacity to play has atrophied over my lifetime, so I’m trying to build it back. It’s so open, immediate and demanding to play with a five-year-old, compared to other quotidian activities. It’s a great exercise for me.”