V-ZUG: Charting the Swiss brand’s long history of innovations for the home and kitchen 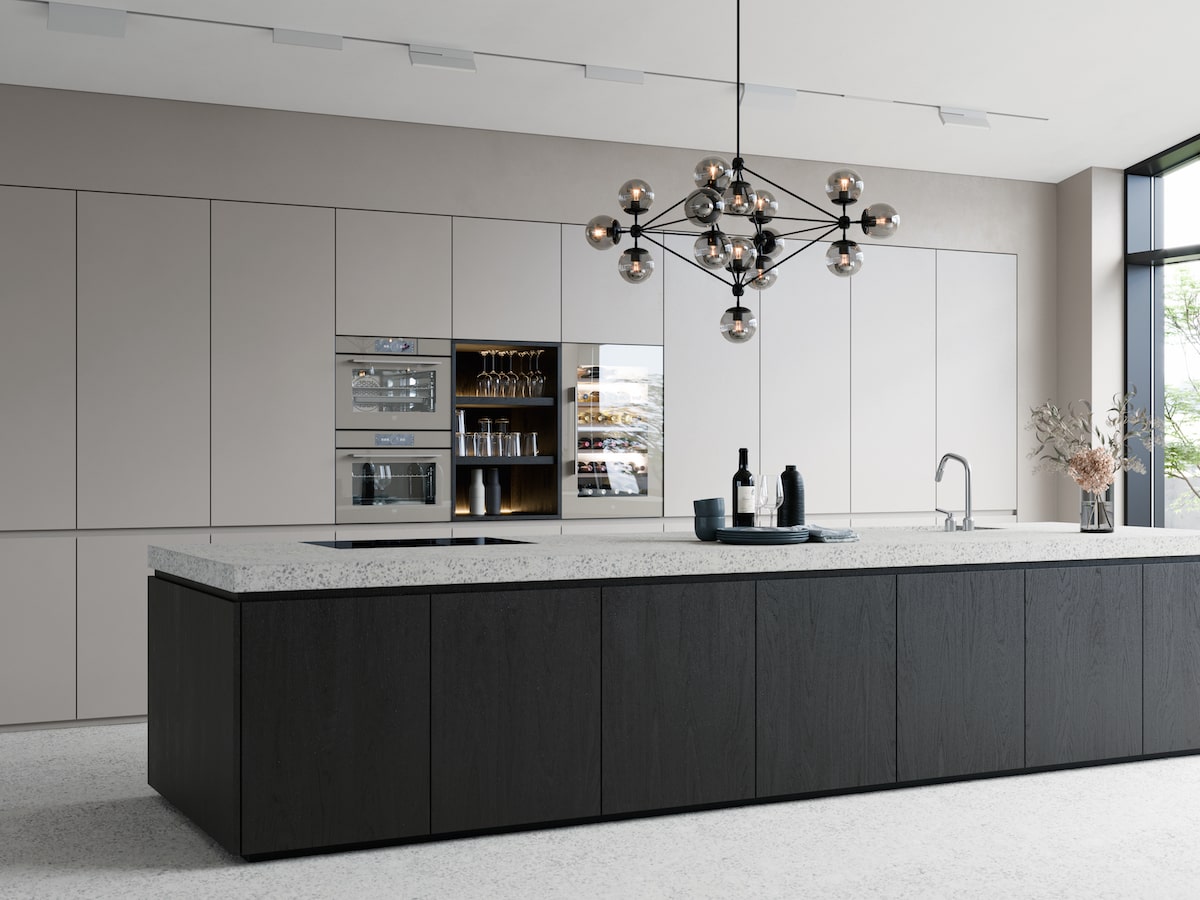 Pursuits
V-ZUG: Charting the Swiss brand’s long history of innovations for the home and kitchen
Share
Next article

Since its inception in Zug, Switzerland, over a century ago, V-ZUG has not stopped revolutionising appliances for the home and kitchen. Through this timeline, discover the fascinating journey of how the brand came to represent the pinnacle of Swiss premium quality. Verzinkerei Zug Ltd is established as a manual-job galvanising plant. 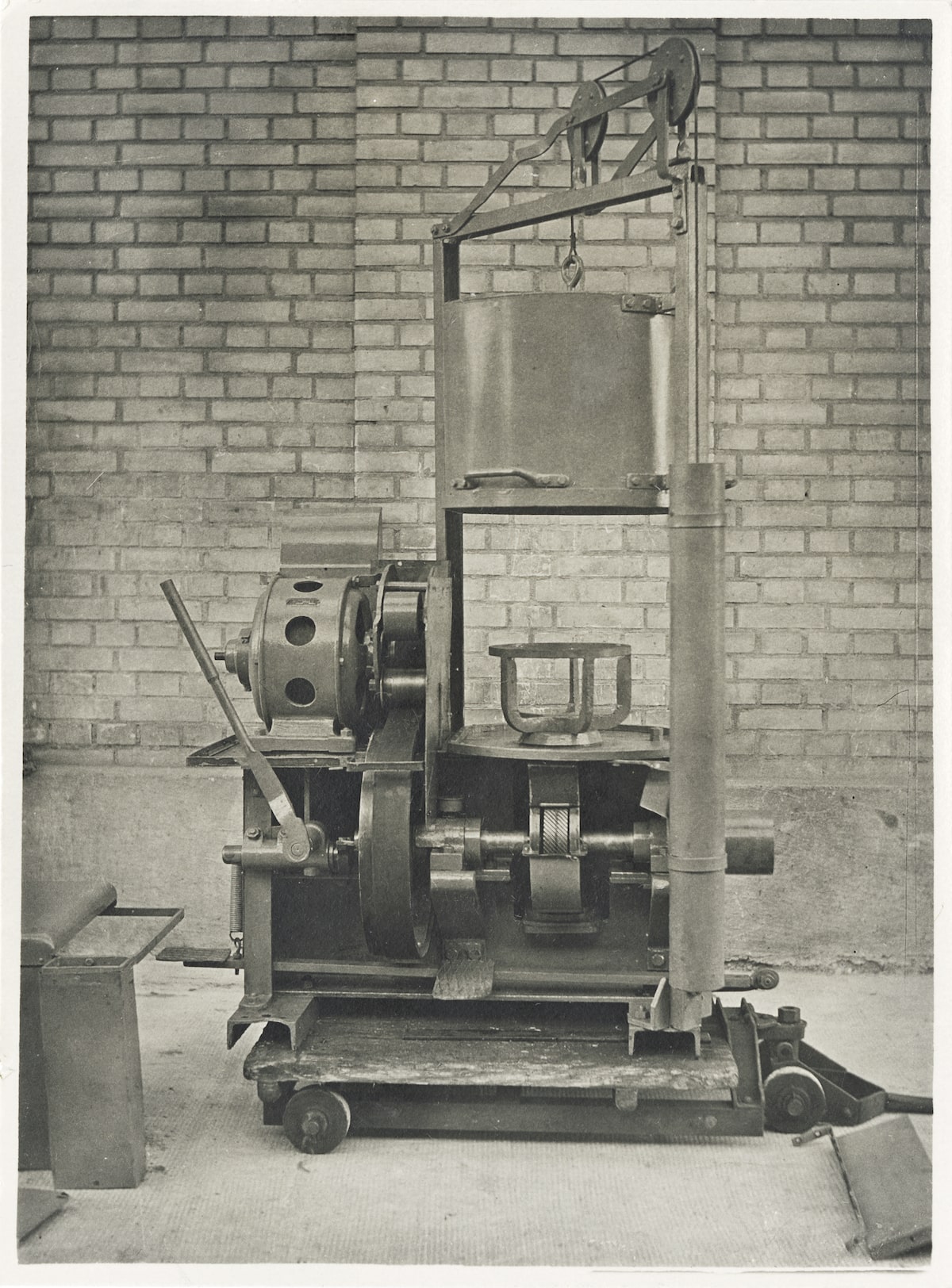 At the start of the ’20s, Verzinkerei Zug produces the first hand-operated drum washing machine, which makes housework easier. 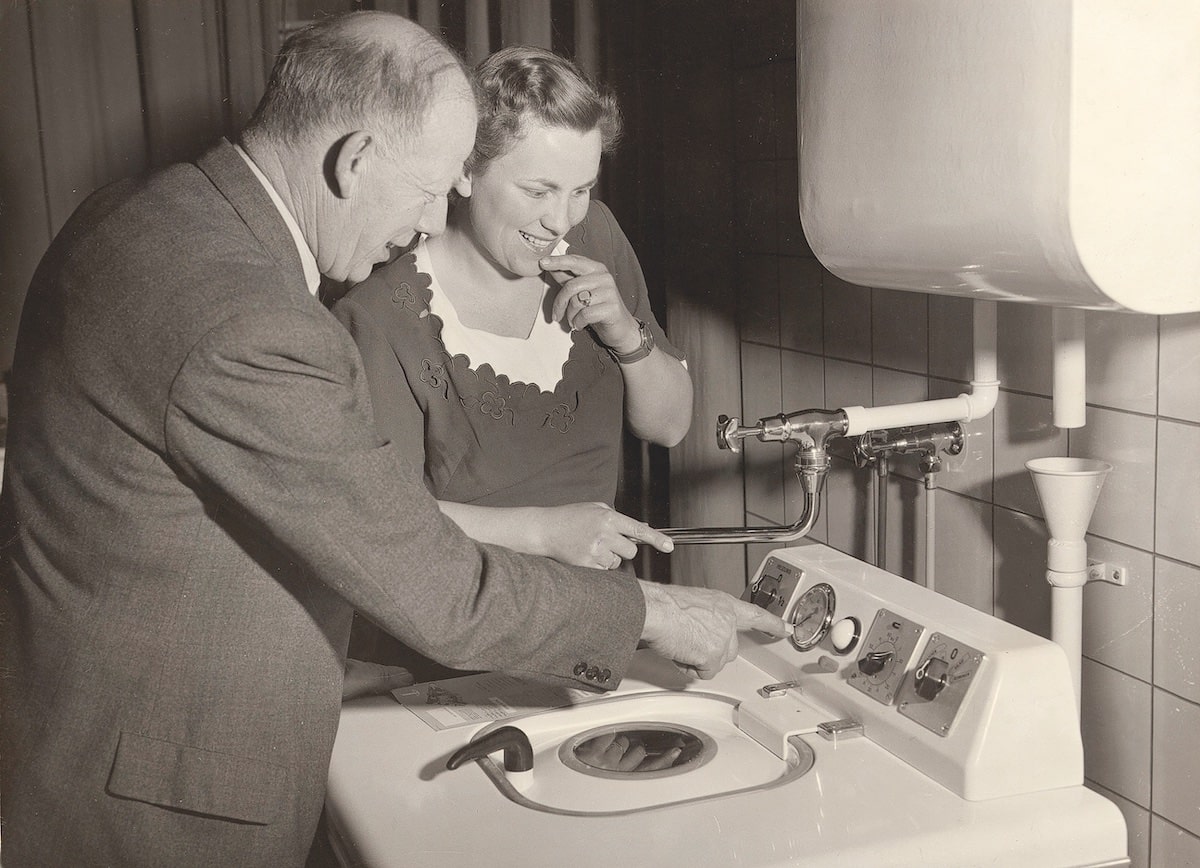 Launch of the Unimatic – the first Swiss washing machine.

The Adora washing machine, tumble dryer and dishwasher round out the existing range.

Verzinkerei Zug merges with Metallwarenfabrik Zug, the market leaders for cookers and ovens at the time. V-ZUG becomes a full-range supplier for the kitchen and laundry room.

V-ZUG celebrates its 75th anniversary and launches the new “2000” series of cookers. V-ZUG’s first Combi-Steam SL hits the market, introducing a new dimension in roasting and baking. Thanks to the sophisticated combination of controlled steam, genuine hot air and intelligent Swiss technology that achieves optimum cooking and baking results, the combi-steam oven has become a flagship product for the brand. V-ZUG’s new generation of appliances revolutionises washing and drying with four world-exclusive technologies, such as the Steam anti-crease, which reduces the need for ironing. 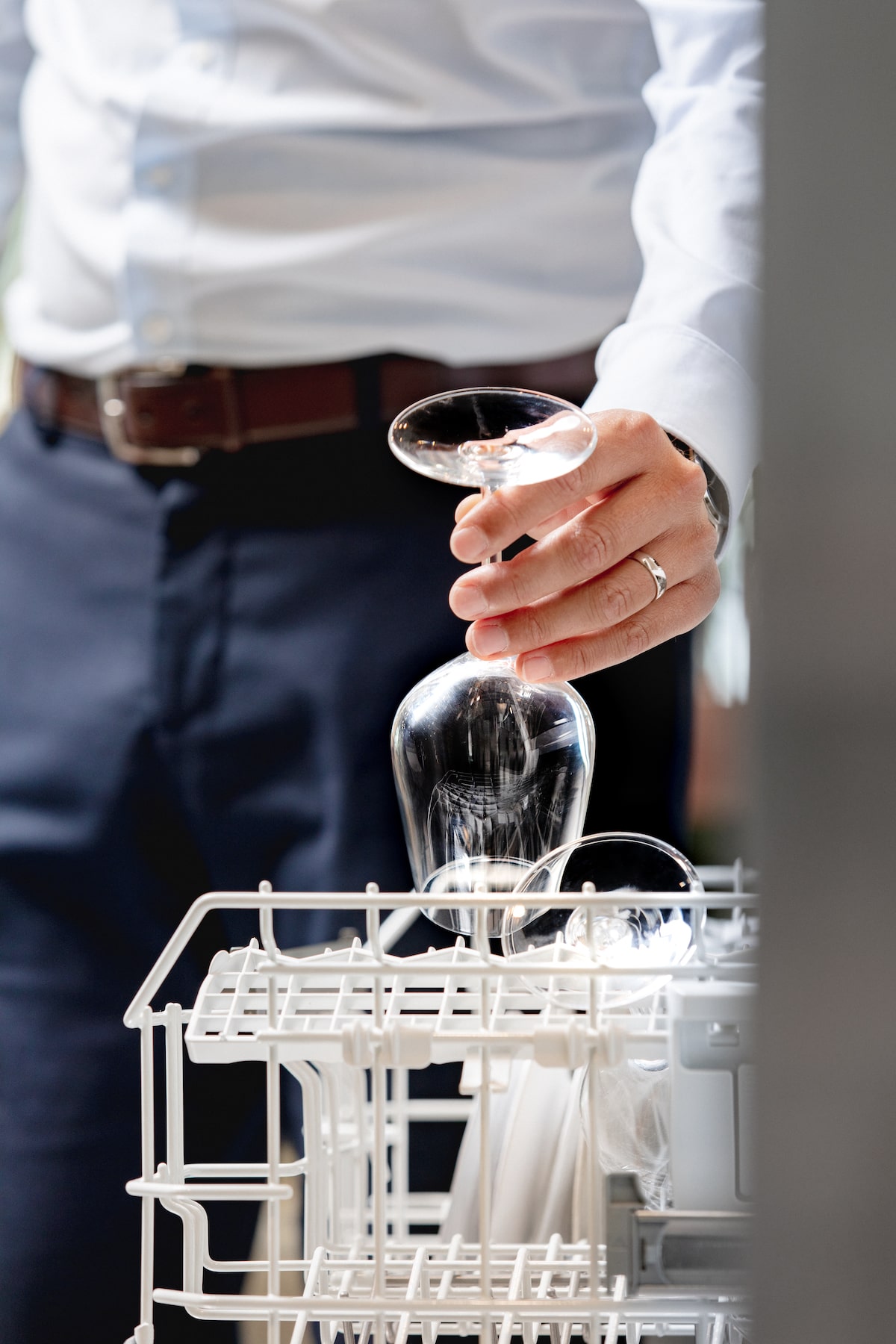 Another steam innovation for the Swiss brand – the unique patented SteamFinish technology generates steam at the end of the dishwasher’s drying process for a spotless, sparkling finish. The world-exclusive Daily-Short programme is also introduced, cleaning dishes in just 45 minutes. 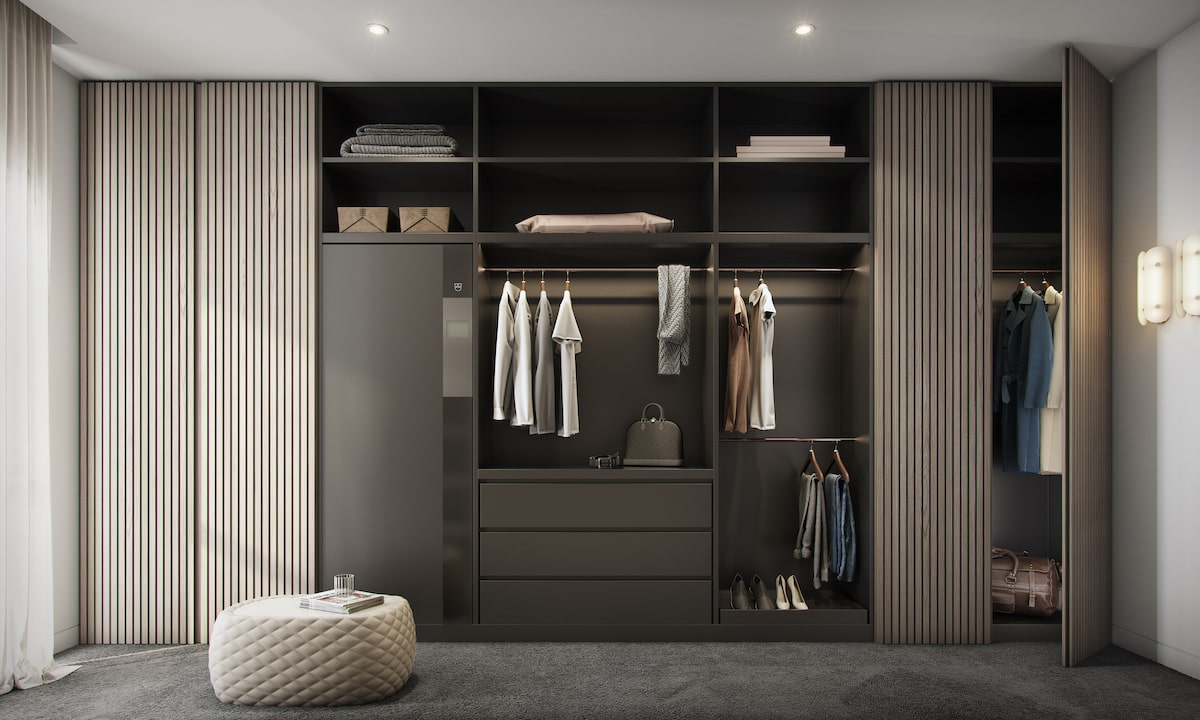 What was previously a job requiring professional cleaners is made possible at home with the touch of a button. The RefreshButler arrives as a luxurious fabric care system that gently dries and refreshes clothes with steam. Its hygiene programme removes up to 99.9 per cent of bacteria and germs while the anti-crease function reduces creases from wear.

Introduces the world-exclusive Party Programme for its dishwasher – boasting a world-record washing speed. The new Fusion and FullFlex hobs make cooking a whole lot easier. The former includes an integrated hob hood, which draws down vapours directly next to the pans, as well as an OptiLink function that allows the hob hood and the hob to communicate with each other and operate automatically. Instead of having standard specified cooking zones, state-of-the-art inductors in the latter allow every inch of the hob to be used by automatically detecting the position and size of the cookware used. 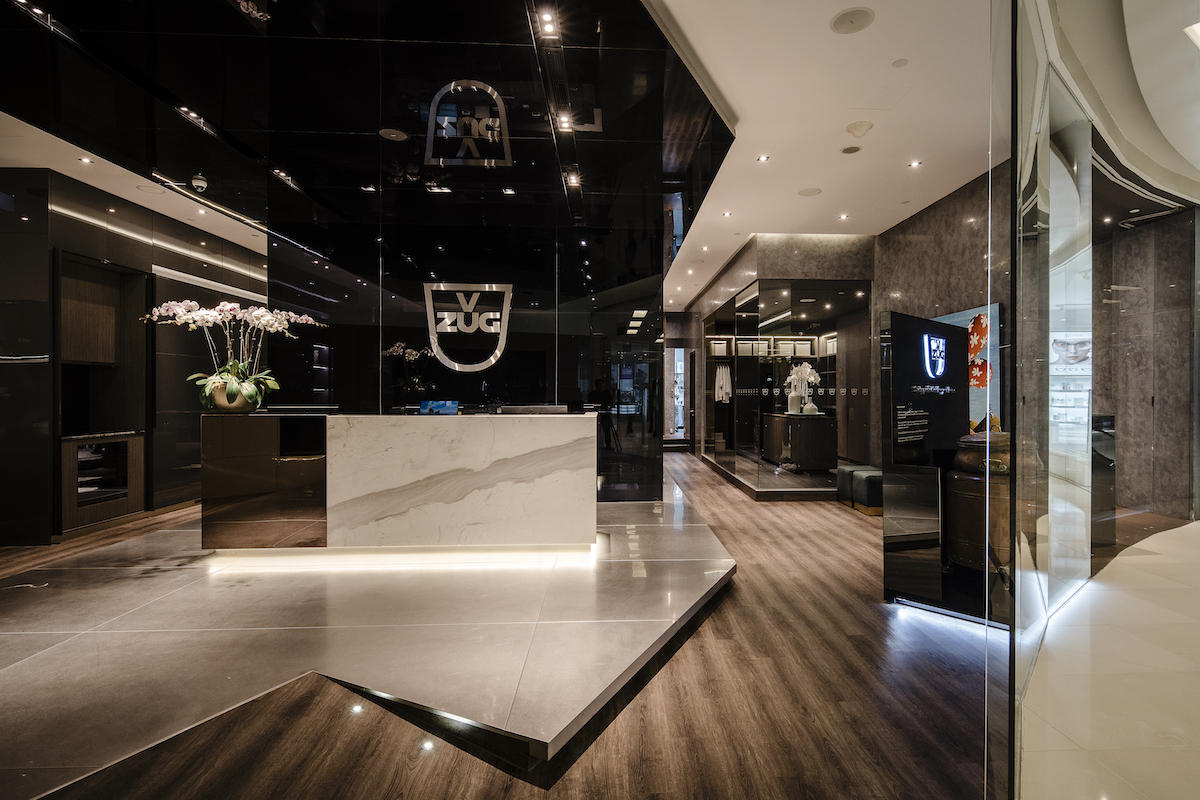 Opening of ZUGORAMA in Singapore. 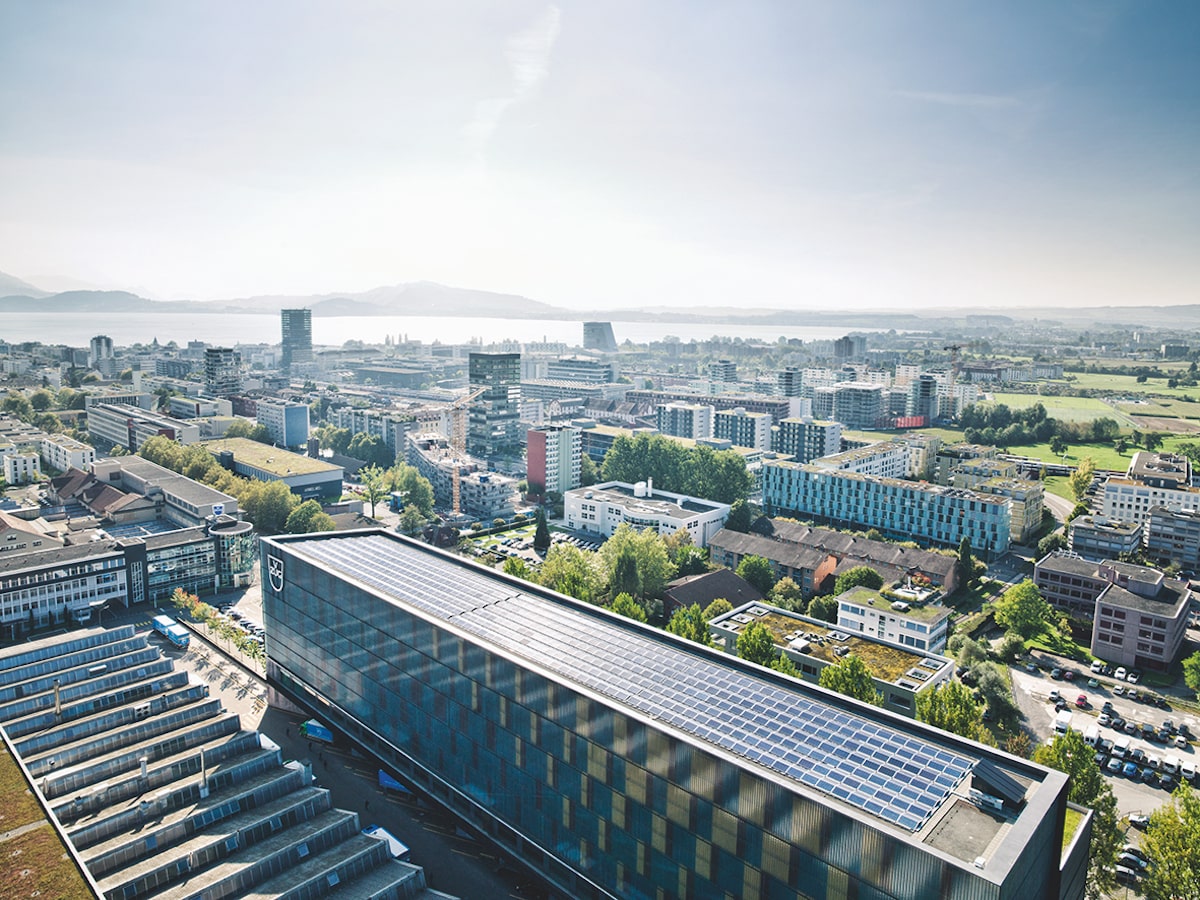 Launch of the Excellence Line, an all-new generation of appliances setting revolutionary standards with the patented CircleSlider.

V-ZUG’s new Excellence Line is raising the bar for timeless, intuitive and durable kitchen appliances. We look at how the latest generation of ovens and steam cookers stays true to the Swiss brand’s pioneering spirit.

For any modern, well-designed and functional kitchen, it is essential to select appliances that integrate seamlessly. As experts of marrying high performance with a minimal aesthetic, V-ZUG has launched the new Excellence Line of ovens and steam cookers, which won the 2021 Red Dot Best of the Best Award for Product Design – testament to V-ZUG’s state-of-the-art features combined with timeless design and an intuitive user experience.

The highlight of the Excellence Line is the revolutionary new CircleSlider, a digital dial that has replaced its preceding dial knob. Subtly carved into the centre of the glass TouchDisplay, the innovative adjusting knob responds to the user’s touch and control with maximum precision. Each function and setting is displayed on the high-resolution colour display, which also offers the option of an app or list view.

With this smart touch display, not only can users conveniently save their frequently used functions and settings as Favourites, they can also personalise the colour schemes, sounds and background images to their liking.

On top of that, the Excellence Line also features the first intelligent oven door that opens and closes automatically. Do away with door handles and simply press the TouchDisplay to activate the AutoDoor. In addition to its minimal and uncluttered appearance, the AutoDoor goes beyond its physical function by being a helpful element during the cooking process – it can open slightly during selected cooking programmes to regulate the humidity and heat in the oven.

Models that include handles have also been thoughtfully designed. A slender, ergonomic bar crafted from a single piece of anodised aluminium complements a variety of mirror glass options available. Previously only offered in black, the mirror glass on the new Excellence Line appliances also comes in platinum and pearl.

These understated but stylish glass finishes are a dream to have in a contemporary kitchen as they reflect the colours, textures and lighting conditions of their surroundings, blending seamlessly with any design.

The Excellence Line is available for preview at V-ZUG’s flagship boutique from October.