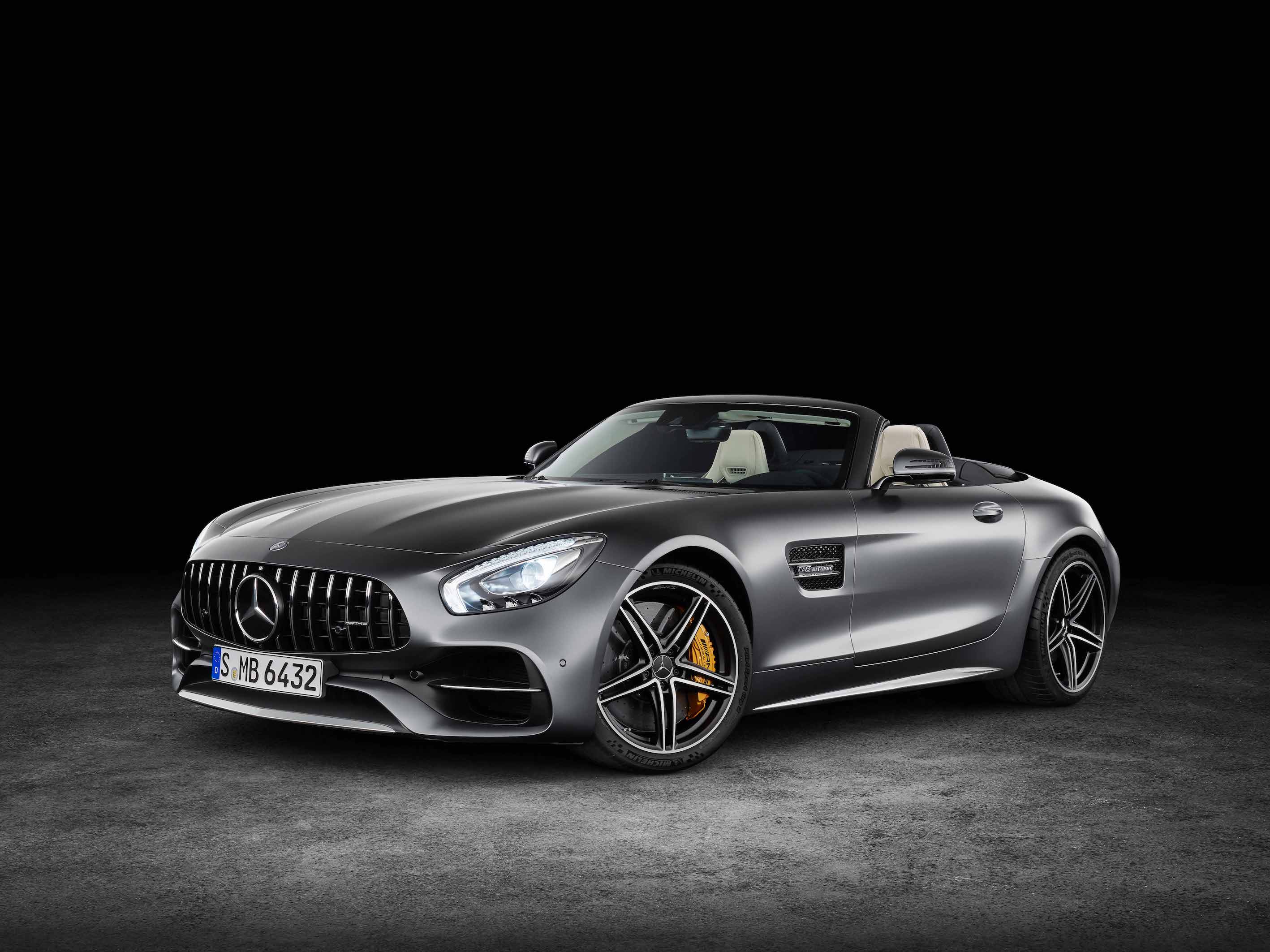 What may have been the craziest motor race ever run – and definitely one of the most dangerous – was held in Mexico for five consecutive years, starting in 1950. Called the Carrera Panamericana, it was an insane, five-day dash from one end of the country to the other, a high-speed battle waged on more than 3,000km of public highways and at altitudes up to 3,000 metres.

Drivers, who ranged in talent from the stars of Formula 1 and Indycars to the rankest of amateurs, turned up at the starting line in a bizarre assemblage of machinery – everything from purpose-built sports-racing cars and big American sedans to gimcrack specials cobbled together in backyards and sheds. Safety measures were non-existent, and with roads generally unfenced and in varying states of disrepair, the death toll was appalling.

To no one’s great surprise, then, the Carrera was abandoned as a full-blown motor race in 1955 (it was revived as a more genteel rally in the 1980s, in which format it’s still held today). That, however, was not before the ultra-organised Mercedes-Benz team achieved a stunning one-two victory in the 1952 event, an achievement perhaps even more remarkable for the fact that early in the race the winning 300 SL driven by Karl Kling and Hans Klenk collided with a vulture while taking a bend at around 200km/h, smashing the windscreen and clunking co-driver Klenk briefly unconscious.

We’re not expecting any such hazards on our drive from Mercedes’ home town of Stuttgart to the banks of Lake Constance, then up to Munich via the pretty country roads of southern Bavaria – with a blast next day back down the autobahn to our starting point – though our cars do bear some resemblance to the winning wheels of the epic ’52 race. For with its unfeasibly long bonnet and truncated boat-tail, the Mercedes-AMG GT C Roadster is as hairy-chested and old-school in appearance as it’s possible for a contemporary sports car to be, and to cement that retro appeal it’s wearing a furious Panamericana grille – just like that old 300 SL – whose vertical chrome bars have now become a trademark of Stuttgart’s high-performance offshoot.

Indeed, with its fearsome countenance, a wildly flamboyant yellow paintjob that Mercedes calls “solarbeam”, and matt-black detailing and cross-spoke wheels – 19-inch at the front and 20 at the rear – wearing low-profile Michelin Pilot tyres, ours is one seriously badass automobile. And then there’s the quartet of “design selenite grey magno” GT Cs that completes our seven-car convoy, which are at least as eye-catching and, prowling through town like a school of hungry sharks, look even meaner.

Introduced early last year, the Roadster represents a logical extension of the AMG GT line-up, which now comprises a slew of coupes and convertibles, as well as the new four-door coupe shown for the first time at this month’s Geneva show. All have a twin-turbo, 4-litre V8 engine, which is available in varying states of tune, from the 469bhp of the baseline models to the 577 horses of the firebrand GT R coupe – and there are whispers, too, that outputs across the range will be raised in late 2018. With 549bhp, as well as 680Nm of torque from 1,900rpm all the way up to its 6,750-rev redline, the GT C is currently the most ballistic of the ragtops, and to handle its extra muscle AMG’s engineers have filched several key items of hardware from the GT R parts bin.

Thus, it’s wider at the rear than the standard car – which only makes it look even more aggressive – and it rides on adaptive dampers. More important still, it also gets an electronic differential and active rear-wheel steering, making it sharper and more agile than with the regular set-up. These key upgrades help transform the Roadster into – well, not exactly a precision instrument, because AMGs are known and loved for their playful propensity for oversteer, but certainly something that can be chucked around with a fair degree of confidence.

Heading out of Stuttgart it seems only sensible to drop the soft-top, so we can bask in both the morning sun and the joyous racket of the AMG V8 that reverberates off the downtown facades. This, don’t forget, is not only one of the greatest automobile engines that money can buy, but it’s also one of the most tuneful, emitting a stirring repertoire that – according to throttle inputs and driving mode – ascends, descends and then erupts again with an ever-changing cacophony of deep rumbles, growls, wails and gunfire volleys.

Out of the city centre and on to the autobahn we drop the hammer, the noise building to a crescendo as the revs pile on. Neatly mounting the pair of compressors between the engine’s twin banks of cylinders isn’t just a matter of clever packaging: it also helps ensure minimal turbo lag (as the gasses travel less distance), and in the
GT C there is none. Whatsoever.

In Sport, one of five drive modes to choose from, the acceleration is blinding, the delivery linear and the momentum relentless – as it whips through the ratios of the slick-shifting seven-speed dual-clutch there’s so much torque, so much power, and on a road with no restraining speed limits, the impulse to bury the pedal into the carpet is enticing. And that, of course, is what we do.

Switching up to Sport+, the throttle response is instantaneous and the sound ear-shattering: Mercedes claims 3.7 seconds from rest to 100km/h, which seems about right to me; keep the loud pedal firmly planted and, assuming there’s little traffic to interrupt your progress, you should eventually see 316 on the speedo. Long before then, however, you’ll have stopped to raise the roof, as topless motoring really isn’t feasible at speeds much beyond 200km/h, in spite of the Airscarf feature that blasts warm air from the headrests on to cold necks; once in place, the three-layer top transforms the intimate cabin into a cosy cocoon.

Sure, there’s precious little in the way of space in here – the central console is so vast it forces the two occupants to sit angled slightly towards the side of the car – but as with almost every Merc these days the Roadster’s cockpit is a visual feast and a marvellous place in which to be ensconced for the better part of a day, while the contoured Performance Seats could hardly be more comfortable or supportive. As for the boot, we’ve left our suitcases behind in Stuttgart and that’s just as well: to say there isn’t a huge amount of stowage space is to put it mildly, though the ultralight composite lid definitely earns bragging rights. Leave the bags at home is definitely the watchword here.

Off the autobahn, we amble gently along the shore of Lake Constance, where the GT C flaunts its abilities as a cruiser, the engine as magnificently flexible as we’ve long known it to be, and the chassis reasonably adept at soaking up the bumps. For a drop-top it all feels remarkably stiff and solid, with body flex discernible only by its absence, though you’ll never forget for one moment just how wide this car is. That it’s irresistibly head-turning also burnishes its boulevardier’s credentials no end.

Pressing on towards Upper Bavaria, the traffic is heavier and our progress slower, though escaping the highway on to roads that rise, fall and twist over the neat green countryside means we can more fully exploit the agility offered by the steered rear wheels. At speeds below 100km/h, these turn in the opposite direction to those up front, effectively shortening the Roadster’s wheelbase and sharpening the helm’s response. There’s plenty of feedback from the small, flat-bottom steering wheel, too, while grip and body control seem excellent.

By the time we roll up for lunch, late by at least an hour, the sun has gone into a sulk. In fact, we drive the last 100km into Munich through pelting rain and heavy traffic, which temper our eagerness to floor the accelerator on our final stretch of autobahn. Still we’ll have another shot at the highway tomorrow.

Free of heroics and mercifully without interventions from raptors, our 300km journey through southern Germany is just a 10th of the distance covered in the Carrera Panamericana, and we’ve taken it at a much more leisurely pace. But that’s all for the better, as we’ve had the chance to scrutinise this wonderful automobile in even greater detail.

Dramatic to behold, thrilling to drive and bursting with character, the Mercedes-AMG GT C Roadster can’t easily be categorised as a supercar, a sports car or a grand tourer. Almost uniquely among modern autos, it sits at the intersection of a Venn diagram that connects all three – and, moreover, occupies a place that marks the rare sweet spot between the polar opposites of refinement and brute force.

From its outrageous speed and raucous soundtrack to its muscular, pugilist stance, there’s so much to love about this rambunctious ragtop. Spend a whole day in it and you’re hooked; spend two and you become utterly besotted.