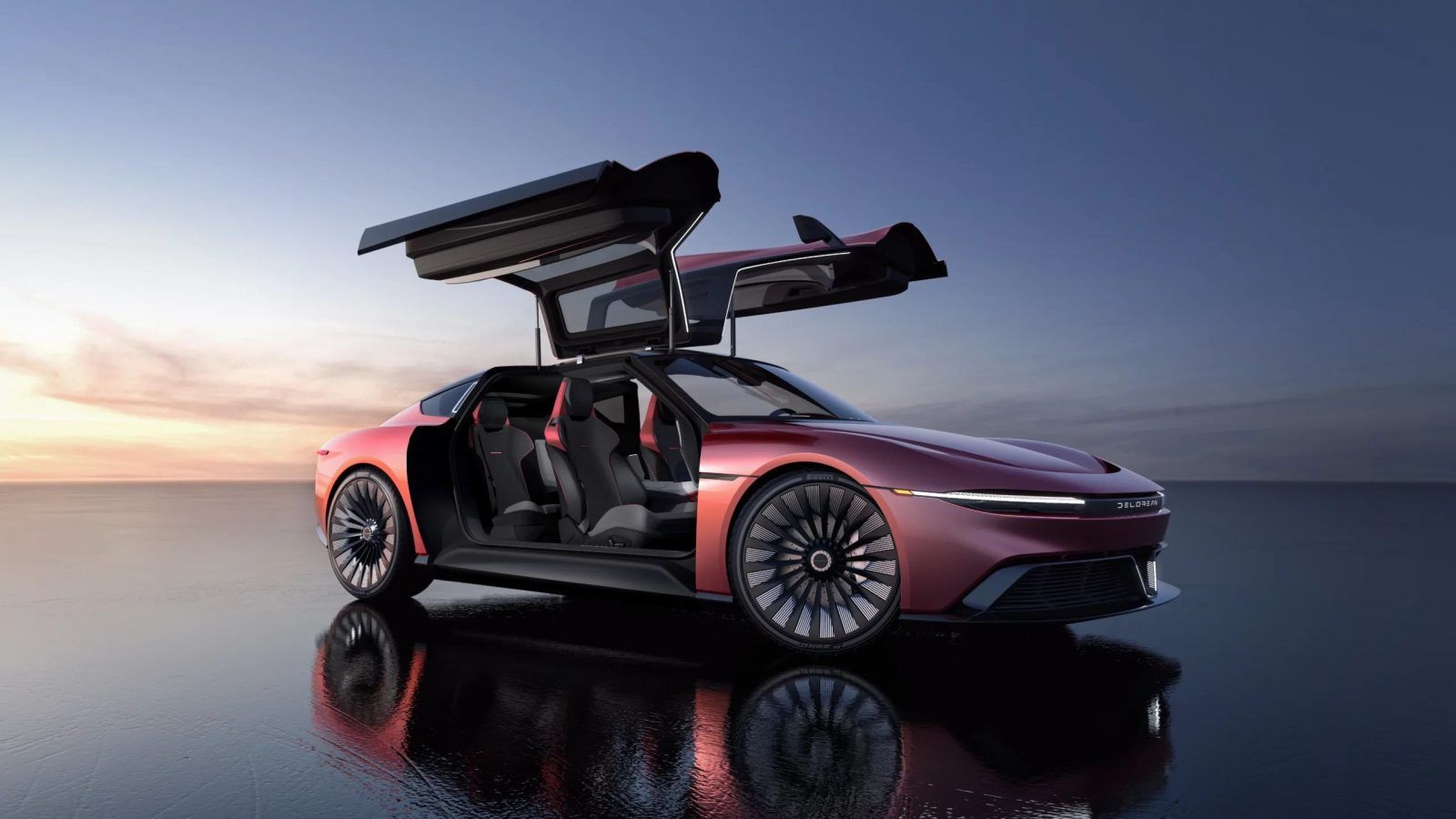 Few vehicles have had such a storied past like the DeLorean.

First arriving on the scene in the early 80s, it was heralded as a car ahead of its time. Sadly though, the model didn’t fulfil its potential, although it did score a starring role in one of the biggest movies of the decade, which forever immortalised it as an automotive icon. However the next chapter for the DeLorean could be its most exciting yet, judging by what the Alpha5 EV intends to bring to the table.

Images and accompanying details of the vehicle shed light on the dimensions of the car. The model will be offered in two exterior paint colours, including a launch edition debuting at the Pebble Beach Concours d’ Elegance in August. Estimated specifications include a range of 483 km, a battery of 100+kWh, and an electronically limited top speed of 249kmh.

Powered by electric motors, the DeLorean Alpha5 is capable of 0-100kmh sprint in under three seconds. The 4-seater model will be initially offered in a limited run of 88 Launch Edition cars, a subtle nod to a key plot in Back to the Future.

“The Alpha5 is a representation of the past 40 years of DeLorean,” says Troy Beetz, Chief Marketing Officer of DeLorean Motor Company. “There was this enormous responsibility to make sure we honoured the history of the DeLorean brand, but an even greater responsibility in curating its future…I think we did both with the Alpha5.”

Electric car Back to the future electric vehicle DeLorean EV