Lotus Cars unveiled the world’s first electric Hyper-SUV– the Lotus Eletre on 29 March 2022. Electric vehicles are the future of the automobile industry and UK/China based Lotus Cars has ushered in a trailblazing car to take the genre of electric vehicles a notch higher.

Powered by the true essence of Lotus Cars, the Eletre embodies the company’s 70 years of experience in designing and engineering sports cars that make them coveted lifestyle cars for the next generation. 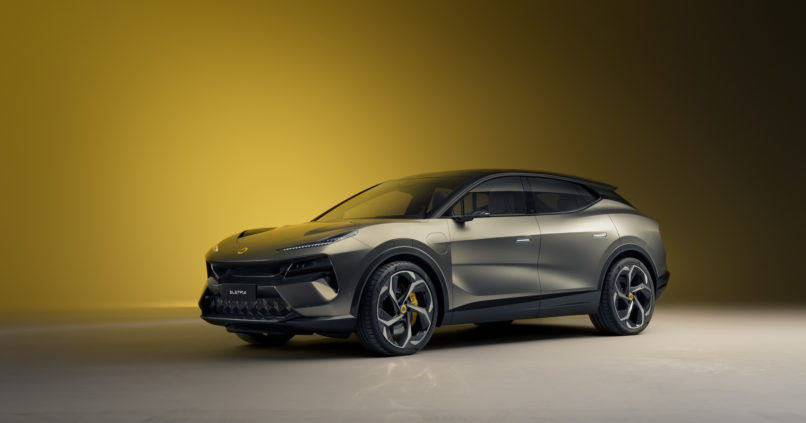 Until a couple of days back, the car was known just by the Lotus code name Type 132. This changed when the UK/China-based sports car manufacturer unveiled its details and called the EV, “the first of a new breed of pure electric SUVs.”

The car follows the path already carved out by its award-winning predecessors, the Emira and the all-electric Evija. However, the new product is a first of its kind.

Qingfeng Feng, CEO, Group Lotus, says, “The Eletre, our Hyper-SUV, is a new performance car from an iconic performance car brand and it will appeal to independent-minded and adventurous driving enthusiasts – those who love the thrill of driving. It is a unique combination of beautiful design, exceptional dynamic performance and everyday usability, for those who dare to look beyond the conventional, and marks a turning point for our business and brand.”

Designed to dominate the roads with every move, the Lotus Eletre is a globally relevant car which adds a new milestone to the Lotus portfolio of sports cars.

Eletre builds a list of firsts for Lotus Cars. The website mentions it to be, “the first five-door production car, the first model outside sports car segments, the first lifestyle EV, the most ‘connected’ Lotus ever.” 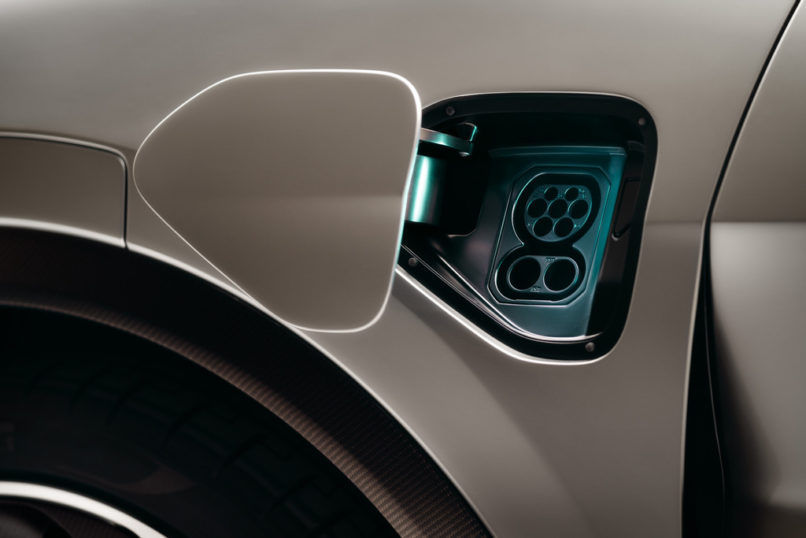 The website also gives the detail of a host of desirable specifics that makes the Eletre a car for the future. It reads, “The Eletre is 4WD, has a battery capacity that’s over 100kWh and with power from 600hp. A 350kW charger will deliver a 400km (248 miles) range in just 20 minutes. The car’s target maximum WLTP driving range is c.600km (c.373 miles). It also comes with the ability as standard to accept 22kW AC charging which, where available, reduces the time plugged in.”

The car comes with an advanced active aerodynamics package like never before. It also has smart driving technologies like the world’s first deployable Light Detection and Ranging (LIDAR) system in a production car and a dramatic sequence is played every time a driver approaches the car. 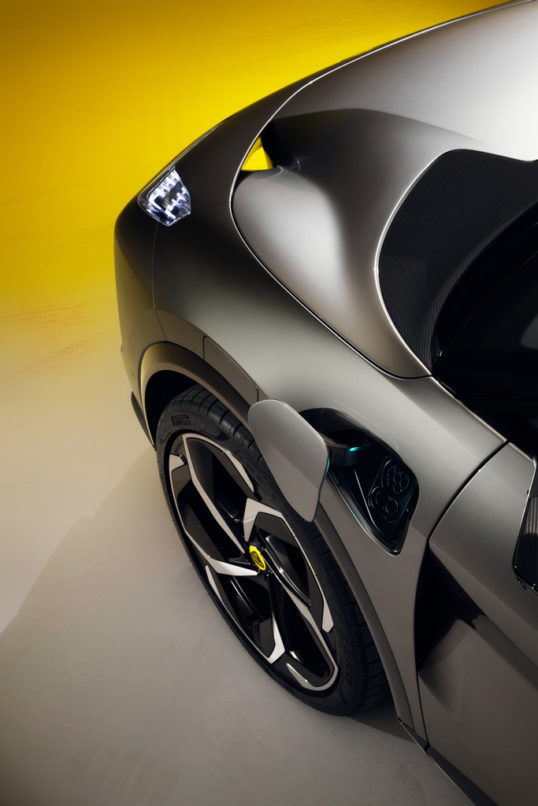 Another key element of the car is its ‘porosity’. It follows the aerodynamic principle of air flowing through, under, over and around the car. Air is directed under the leading edge of the car, emerging through two exit vents in the bonnet above. Porosity is included at front of and behind the front wheel arches, behind the rear wheels, and even at the top of the D-pillar. This benefits the person behind the wheels in many ways. It reduces resistance while cutting through the air, making the journey more smooth with improved vehicle range, speed and performance. To add to this, porosity has already played an integral part in the design of Evija and Emira.

Each door mirror is replaced by an Electric Reverse Mirror Display (ERMD), with three different cameras – one for the rear-view mirror, second to help create a 360-degree view of the car from above to aid parking, and a third syncs with the Eletre’s LIDAR system to offer controlled driving ability. 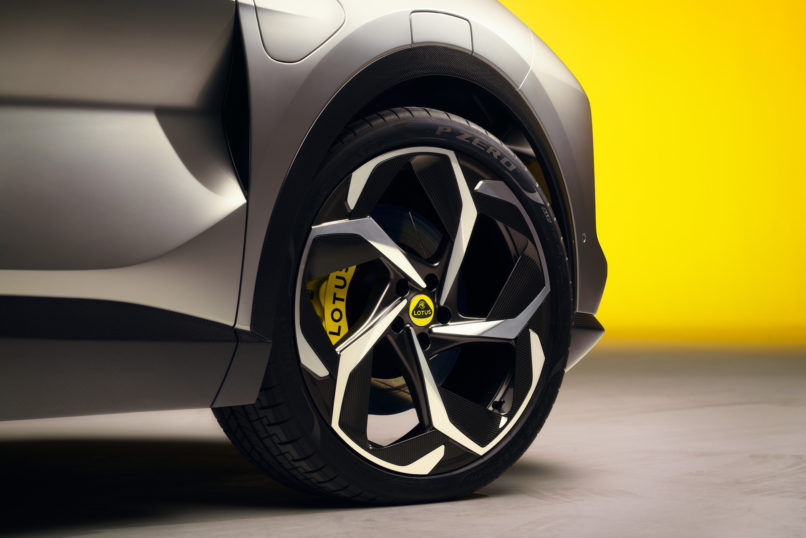 The website also mentions that Eletre has 23-inch wheels with machine-cut split-finish five-spoke alloys and carbon fibre inserts to facilitate air flow and reduce weight. It also has ceramic composite 10-piston calliper brakes2. The carbon and aluminium in the body aids in reducing the overall weight. 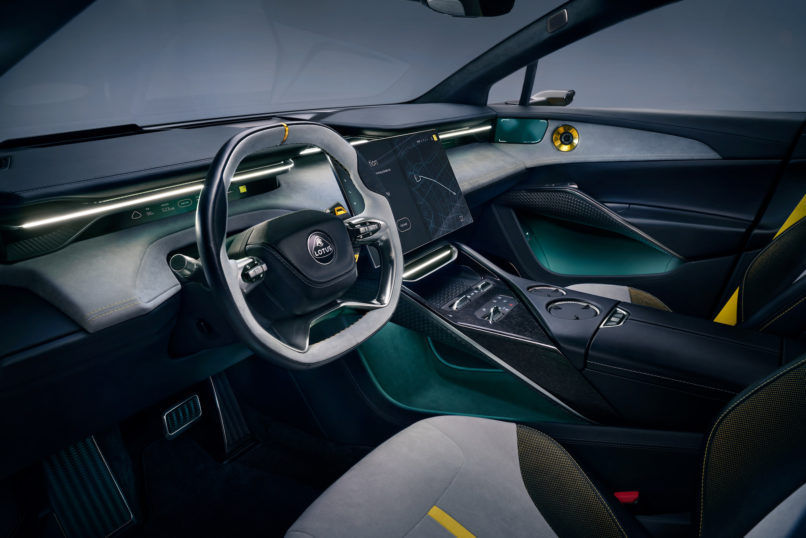 This is not just a mere tagline for the brand new car. The Eletre is the first in a range of premium lifestyle performance EVs to be built at a production facility in Wuhan, China. The design is led by the UK team, supported by collaborative work with teams in China, Sweden and Germany. Both the exterior and interior design is led by an international team based at the Lotus Tech Creative Centre (LTCC) in Warwickshire, UK.

Ben Payne, Head of Studio at LTCC, said: “This walk-up sequence is a ‘peacock moment’ – a little ‘showing-off’ that highlights the Eletre’s engaging personality. It’s a visual expression of a car coming to life, and a metaphor for the reinvention of the Lotus business and brand which begins with the Eletre.”