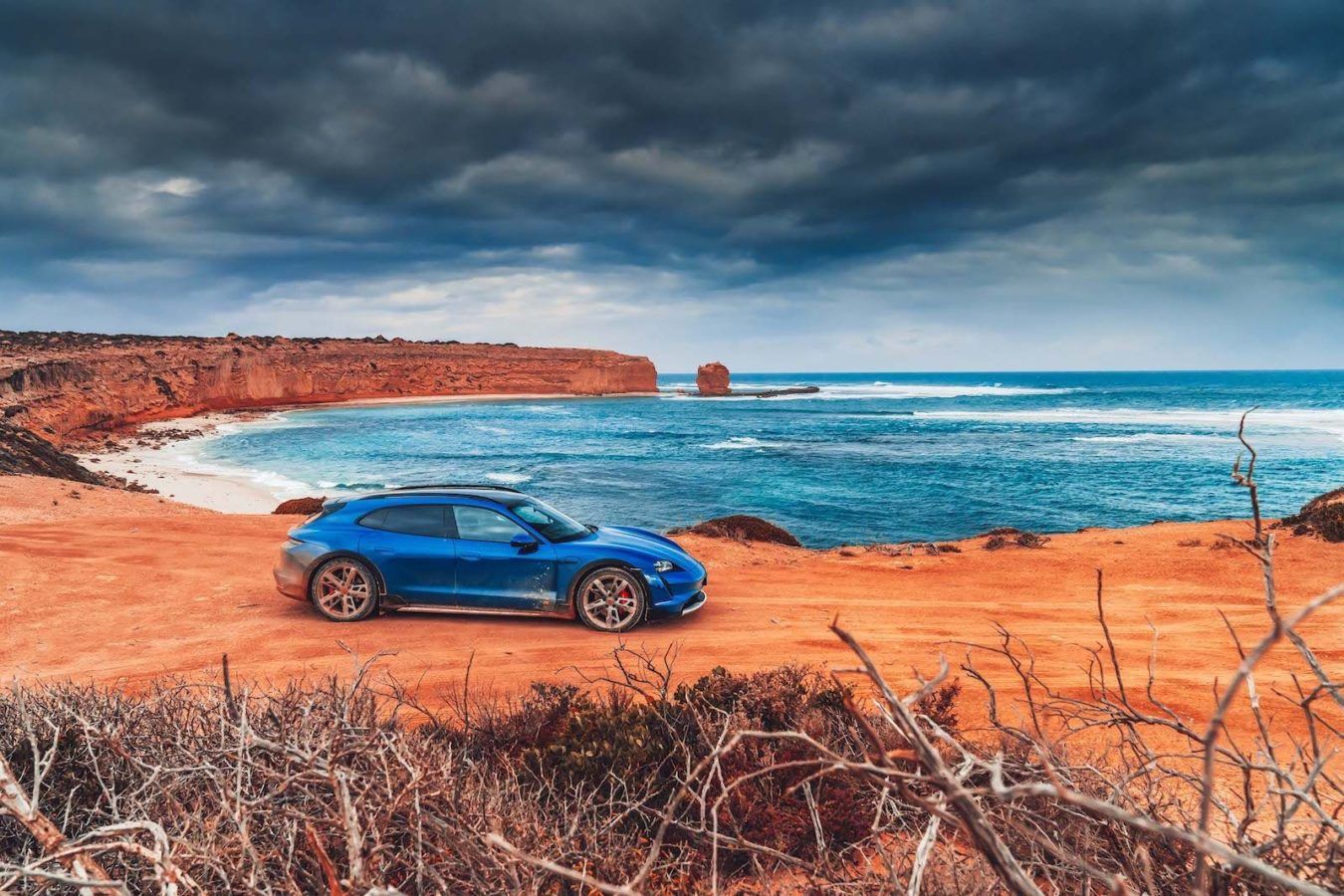 The new Cross Turismo version of Porsche’s Taycan takes electric motoring to new levels. We drive this remarkable rejoinder to the SUV.

It’s more than a year since I last drove a Porsche Taycan, the electric saloon car whose speed and driveability I found so outstanding that, aside from a stream of expletives uttered each time I pressed the accelerator pedal, I was almost lost for words to describe it. This time there’s another Taycan lined up for me, and though it isn’t as powerful as that first Turbo S (which, being electric, is by definition bereft of a turbocharger, but let’s not get into that) at least I have some idea of what to expect.

But before I begin, a brief recap. Porsche’s first all-electric contender – we’re told its name derives from the Turkish for “lively young horse” – first saw light as the 2015 Mission E concept that, with very few external changes, eventually emerged as a full production car in late 2019. A full four-door saloon/coupe carrying the same number of full-size passengers, the Taycan’s design represents by far the company’s most successful foray beyond two-seaters, with sharp and streamlined lines that merely echo those of the 911 Carrera rather than slavishly trying to ape them (unlike the unfortunately humpbacked first-generation Panamera). Beneath the skin, it shares much with Audi’s similarly sized – and, it must be said, equally handsome – e-tron GT. Thus, an enormous battery occupies most of the floor between the front and rear wheels, with either one motor mounted at the rear on the regular Taycan or two on the 4S, Turbo and Turbo S models, one at the front wheels and one at the back.

In the intervening period between my first outing and this latest one, Porsche has added a second body style to the line-up, which blurs the line between station wagon and SUV. Called the Cross Turismo, it has a shooting-brake-style rear end reminiscent of that of the Panamera Sport Turismo, which endows it with some useful additional load capacity and, just as important, melds very nicely with the Taycan’s sleek silhouette. But as a sop to the Chelsea tractor brigade, the suspension has been raised by as much as 30cm, and extensions have been added to the wheel arches à la Audi Allroad.

Mercifully, the end result is still an extremely attractive automobile, whose extended rear roofline and substantial C-pillars meld nicely with its muscular rear haunches. In fact, in terms of pure styling, I think the Cross Turismo nails it perfectly – and the test car’s five-spoke alloys set off the ensemble just fine.

Today I’m driving the 4S, one step up from the baseline car, with all-wheel drive provided by its two electric power units, which in combination with a 93kW lithium-ion battery can summon up as much as 563bhp and an even more stonking 630Nm when using launch control. Interestingly the rear engine powers its pair of wheels through a two-speed automatic transmission, unlike the single-speed arrangement of just about every other electric car I can think of. Notwithstanding the Taycan’s rakish profile, however, all that hardware as well as the extra sheet metal arising from the extended roof means a hefty weight penalty – to be precise, it tips the scales at a corpulent 2,220kg, and you could probably do even more damage to its waistline by raiding the lengthy list of options.

In the cabin, and especially the front seats, the Cross Turismo feels exactly like a proper Porsche should. With all-black trim, the interior would be crepuscular were it not for the large glass roof panel, while the high centre console – it houses a battery of haptic buttons that control settings such as suspension, stability and “gravel” (the latter comes as part of an optional off-road package) – and bucket seats contribute to a pleasant sense of snugness and a driving position that would be hard to better. Although it’s not flashily luxurious it’s classy and clearly beautifully built – and, partly thanks to the slightly higher roof, there’s ample room for passengers in the rear.

What does seem strange when you’re behind the wheel is the absence of Porsche’s signature analogue rev counter at the centre of the digital instrument display: naturally, electric power renders that a relic of the past, so instead we get an array of TFT screens extending right across the dash. This means the front passenger can either scroll through the music on the sound system or, alerted by the read-out provided by an additional speedometer, admonish you – the driver – for going too fast. That tiny circular dial on the top of the dash, incidentally, isn’t the stopwatch/clock of the more usual Sport Chrono package, but rather a compass that aligns more closely with the Cross Turismo’s go-anywhere credentials. Drive settings, as with petrol- and hybrid-powered cars, are controlled by the familiar circular steering-wheel selector and, for obvious reasons, there’s no transmission lever on the console; instead forward and reverse are controlled by a dash-mounted switch.

All of which brings us to the question of how the Taycan 4S Cross Turismo actually goes. Thumb the “on” button and, aside from the dashboard lighting up obligingly, there’s no discernible result – until, that is, the lever’s flipped down for forward, the accelerator is gently depressed and off we silently go. The total absence of sound is one obvious departure from the Zuffenhausen norm, but the perfectly sized steering wheel reacts as quickly, precisely and weightily as a Porsche’s helm should. Although the jacked-up suspension means we’re riding higher than in a 911 it hardly feels that way, and as the power piles on I’m rewarded with acceleration that’s instantaneous and smoothly linear. The speed builds relentlessly, much like a a jetliner on take-off – or perhaps I should say as I vaguely remember a jetliner taking off, not having been aboard in more than two years.

The 4S may not occupy quite such lunatic dynamic territory as its faster and costlier Turbo S sibling, but a sub-five-seconds 0-100km/h time without resorting to launch mode is still pretty impressive for more than 2 tonnes, as is a maximum speed of 240. Indeed, this is a car that goes as quickly as anyone would reasonably require. However, shifting all that weight does involve inevitable compromises in range – Porsche claims up to 450km on a full charge, which is further than a Turbo S but still doesn’t seem that remarkable for what would otherwise be regarded as a properly long-legged automobile.

During my time with the car I hardly bother switching the drive mode controller from the normal setting, which provides optimal balance between performance, handling and comfort. Body control is superb and the three-chamber air suspension effectively smooths all but the most serious bumps. Although there’s a Porsche badge on the prow, this can’t really be considered a sports car – it’s simply too big and wide – but it’s certainly sporting and delivers heaps more involvement and enjoyment than you’d ever imagine an electric car could. As a package, I’d venture it’s nigh on perfect.

In Tesla’s home market, customers have already got the message, with US sales of the electric Porsche now outstripping those of the Models S and X combined; tellingly, the Taycan is also outselling the classic 911 in several key markets. In fact, the Taycan, in either its sedan or wagon/brake variations, moves the goalposts further in almost every direction you can think of – except, perhaps, range – with the Cross Turismo version offering greater capability and arguably even better looks. It represents the gold standard of electric motoring – and right now there isn’t a single car of its kind that does it better.