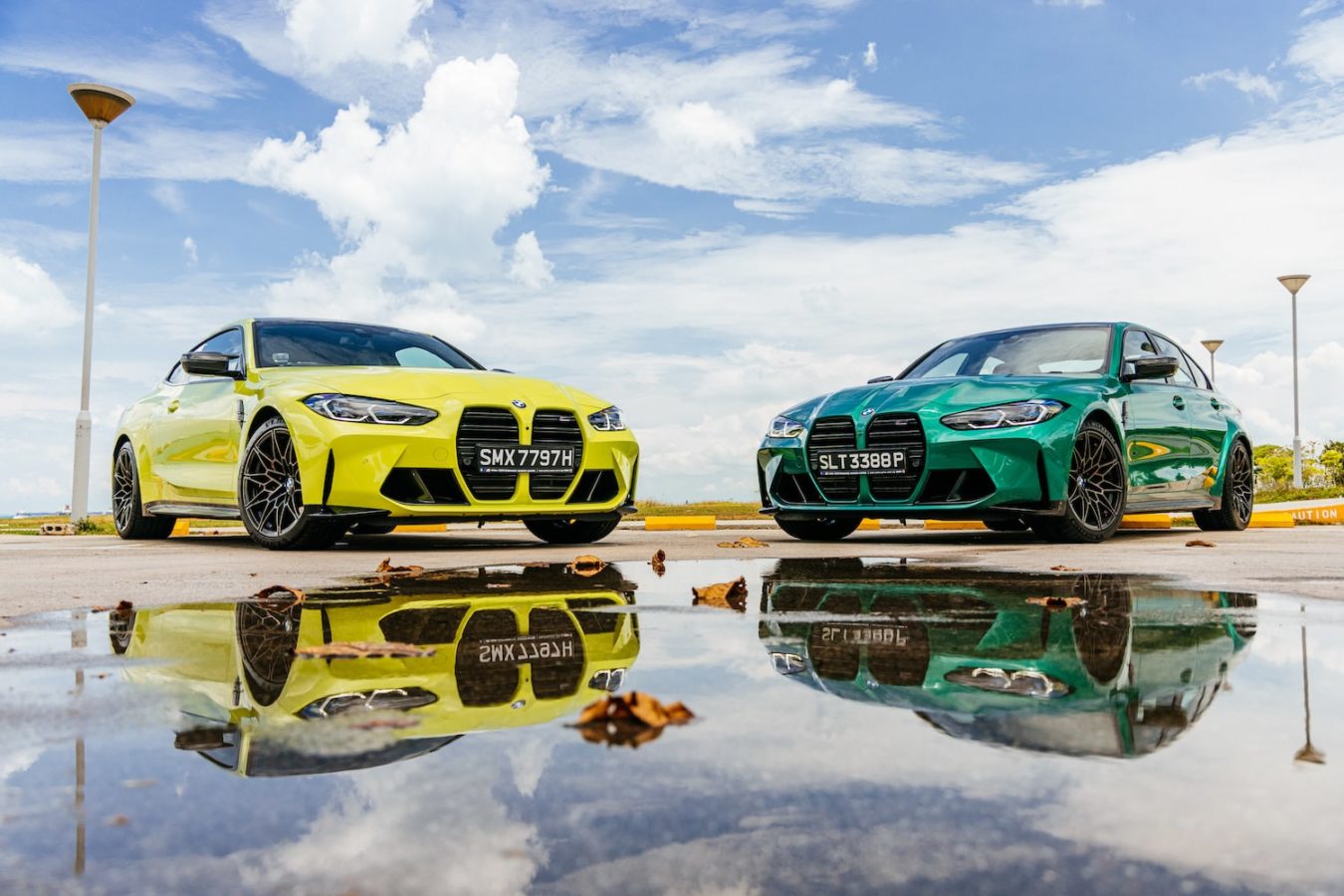 Let’s face it. Events of any sort, let alone all-day driving events, are few and far between nowadays, no thanks to the pandemic.

So when BMW Asia invited Prestige to an exclusive two-day, one-night event where I got behind the wheel of the latest BMW M models, namely the BMW M3 Competition saloon and M4 Competition coupe, to say I was super excited would be a huge understatement. 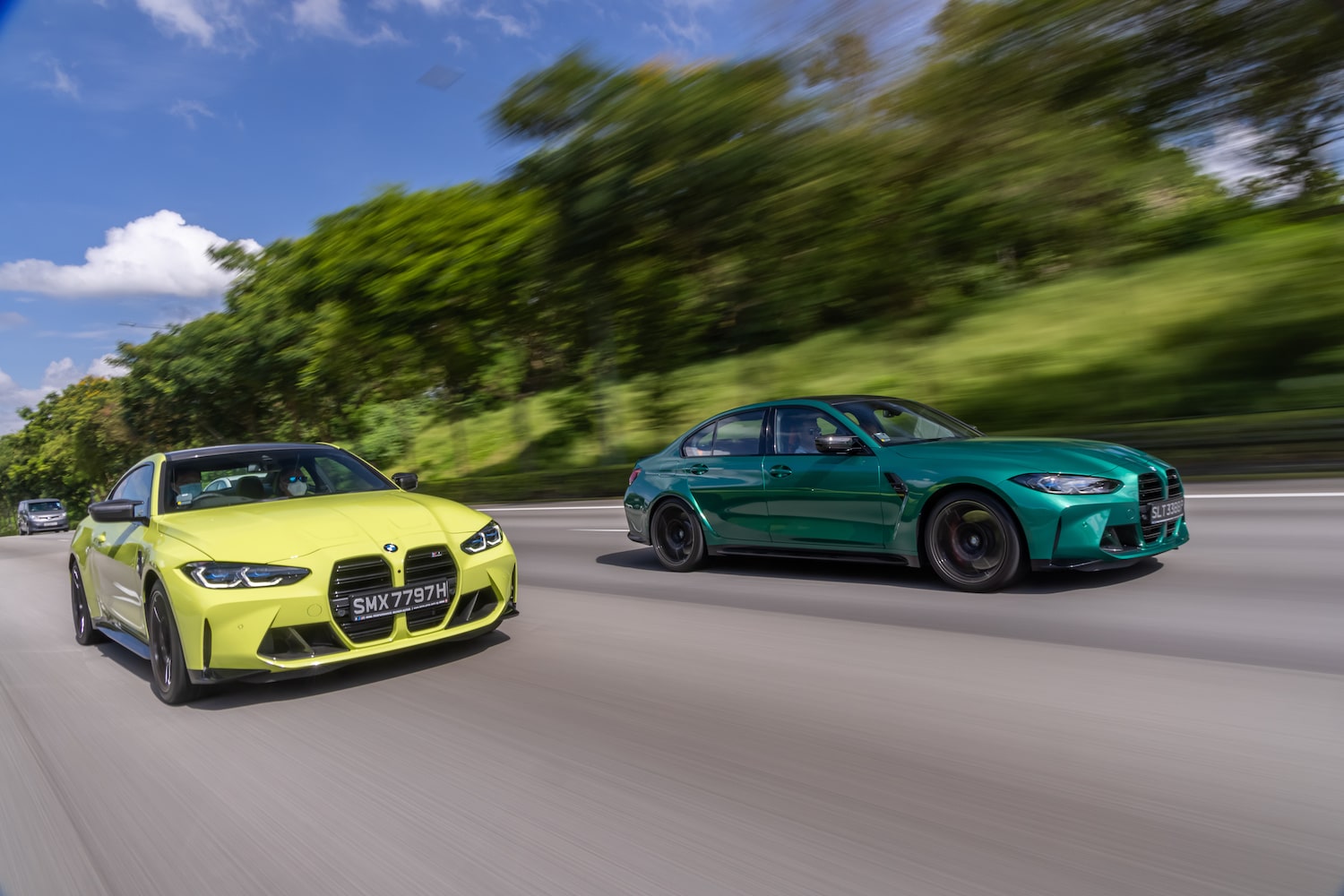 Ask any performance aficionado about BMW M models and the focus has almost always been about their amazing on-road prowess. Unfortunately, when the M3 Competition and M4 Competition broke cover recently, it was a rather polarising portion of the exterior that grabbed all the attention.

I would be lying through my teeth if I said that the grille is a thing of beauty – it most definitely is not. It was first seen on the non-M, 4 Series which was introduced last year. However, in its black guise on the M3 Competition and M4 Competition, it looks quite stylish. True to the performance pedigree of the cars, the frameless grille is designed this way for a reason – to allow optimum inflow and supply of cooling air to the engine.

And what a prodigious engine this is. The new 3-litre straight- six-cylinder powerplant combines the signature, high-revving nature of BMW M engines with the latest M TwinPower Turbo technology. Maximum torque is rated at 650Nm while maximum power is 510hp – 100Nm and 60hp more than its predecessor. Mated to a specially developed eight-speed M Steptronic gearbox with Drivelogic, with ratios spaced perfectly to the engine’s characteristics, the M3 and M4 models will obliterate the trademark 0 to 100km/h dash in a mere 3.9 seconds. Stay on the throttle and 200km/h will flash by in 12.5 seconds.

While both cars behave very similarly in a straight line and are equipped with the same suspension components: Adaptive M suspension with electronic dampers, and M-specific kinematics and elastokinematics for both axles, drive them along a road with myriad bends and their nuances begin to show.

One of the pre-programmed routes I drove during the event included the famed South Buona Vista Road – a twisty stretch of tarmac commonly known as “99 bends” in Hokkien by all car enthusiasts.

The M3 Competition was slightly more sluggish when transitioning from a corner to another one immediately while the M4 Competition felt nimbler. The former, however, felt the more balanced of the two when the corners were further apart.

I drove as hard as I could in SPORT which is one of three settings available via the M Mode button on the centre console (ROAD and TRACK being the other two) and I could not get anywhere near the limit in performance of both cars. Also, if not for the electrically adjustable M Sport seat and its many defined contours and extensions, I would have been too busy trying to brace myself so as to not slip-slide around.

Steering feedback from both cars was plentiful, thanks to the M Servotronic unit with its speed-sensitive power assistance and variable steering ratio. Turn-in was always accurate while the finely judged communication of the steering wheel, which was nice to hold, kept me informed of how the four tyres were interacting with the road surface.

And speaking of tyres, the M3 Competition and M4 Competition are shod with 275/35 ZR19 and 285/30 ZR20 Michelin Pilot Sport 4S rubbers. Paired with lightweight, forged alloy wheels, they afford loads of grip. The web-like design of the wheels looks like it was fired out from Spider-Man’s wrist and drew quite a few admiring stares from passers-by.

Also attracting a multitude of eyeballs are the extroverted colours of both cars – Isle of Man Green for the M3 Competition and Sao Paulo Yellow for the M4 Competition. In case you did not know, BMW M names all colours after famous race circuits around the world.

Any performance car worth its salt must have a strong set of brakes. The M Compound brakes, painted in high-gloss red, are extremely powerful indeed. The braking system is also able to alter the amount of pedal pressure needed to slow the car down. There are two settings to choose from – COMFORT and SPORT. I selected the latter via the M Setup menu for the entire time I spent in both cars and brake response felt direct and instantaneous.

Two high-performance rides that offer stunning looks, eye-popping colours, superlative straight-line performance and excellent handling. Two BMW M cars that are evenly matched. Which one would I choose? It would most definitely be the BMW M3 Competition. I need the spaciousness (especially the 480-litre boot) and functionality of a saloon, and I am in love with that awesome shade of green, which I am sure will have all my neighbours’ faces coloured the same, in absolute envy.

Sign up to get the latest luxury and lifestyle news delivered to your inbox.
Tony Tan
Motors