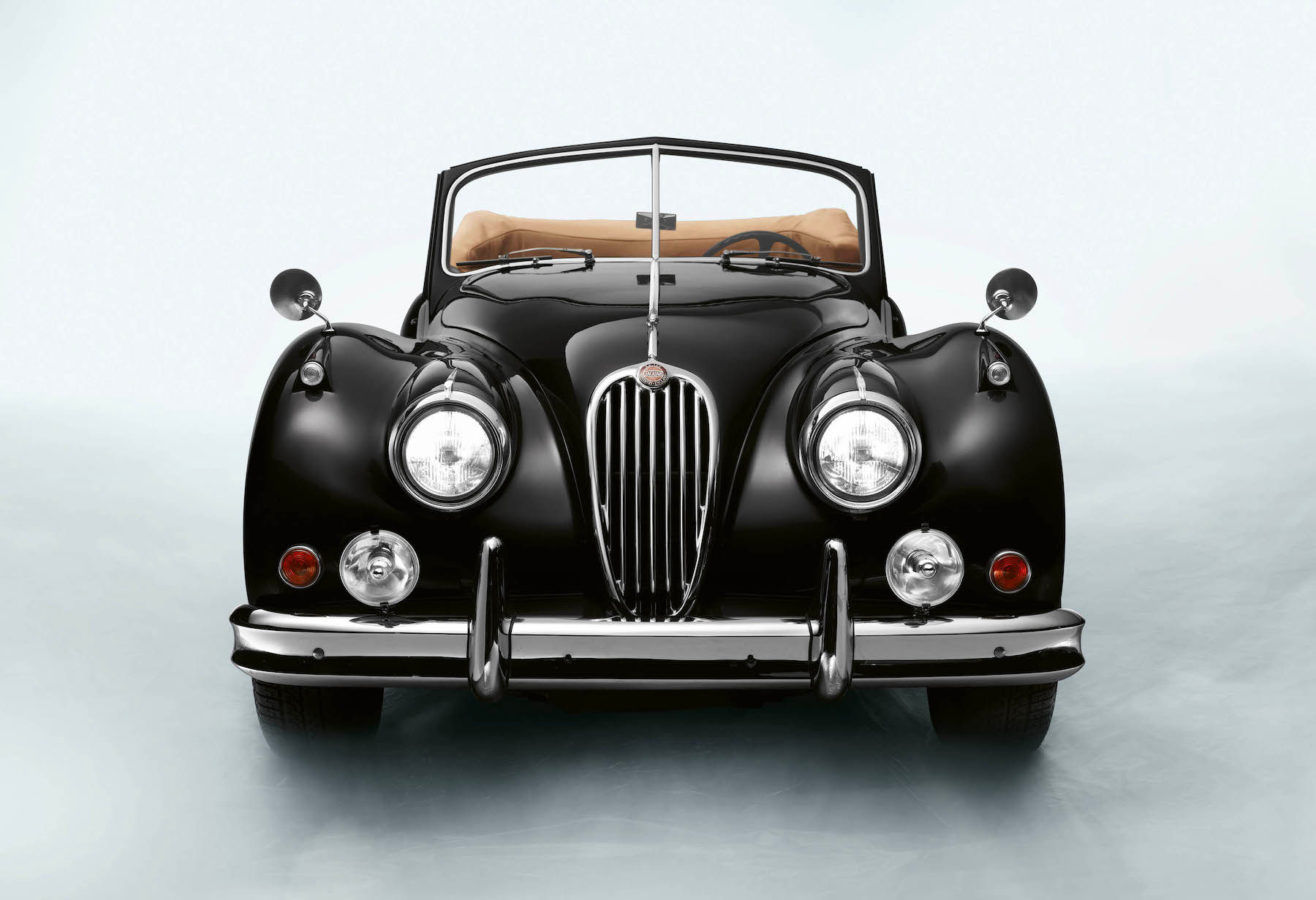 The Jaguar Book, a beautiful new volume, offers a unique visual record of one of the best-loved automobile marques of the 20th century.

Mention to the average petrolhead the names of automobile designers, engineers and entrepreneurs such as Ettore Bugatti, Enzo Ferrari, Ferdinand Porsche, Battista Farina, Giorgetto Giugiaro or Marcello Gandini, and you’ll doubtless elicit a long list of the great cars for which they were responsible. But drop William Lyons and Malcolm Sayer into the conversation and you’ll likely encounter polite incomprehension.

Yet these two Englishmen – Lyons, the founder and autocratic boss of the Jaguar car company, and Sayers, an engineer and aerodynamicist – were the driving forces behind what’s been called by many (and among them no lesser eminence than Ferrari himself) the most beautiful car ever made, a machine that’s come to be regarded as a design masterpiece and an enduring symbol of “swinging sixties” Britain. The car, of course, was the 1961 Jaguar E-Type, a sensuously curved projectile built around a 3.8-litre straight-six engine capable of transporting two people at speeds nudging 240km/h, a velocity at that time attained only on racing circuits.

Although it caused a sensation on its debut at the ’61 Geneva auto salon, the gorgeous E-Type was in fact the culmination of a long line of fast and desirable sports cars from the British company, which began with the SS90 and 100 of the 1930s, and continued through the post-war years with the XK120, 140 and 150; they also included the highly successful C- and D-Type racers, which took Jaguar to five Le Mans wins in the 1950s. Perhaps tellingly, Sayer had a hand in all the machines produced from the early ’50s until his tragically early death in 1970, including many of Jaguar’s voluptuously elegant sports saloons, for which the memorable advertising tagline was “grace, space, pace”.

Later swallowed up in the mass amalgamations of the British auto industry from the late-’60s to ’80s, Jaguar’s lustre gradually became tarnished by a reputation for dodgy build quality and conservative designs that increasingly seemed at odd with prevailing trends. By 1990, the company found itself in the hands of US automotive giant Ford, which appeared so protective of its charge that it was unwilling to innovate; in 2008, it sold Jaguar to its current owner, India’s Tata conglomerate, as part of a job-lot with Land Rover. Echoes of the past still persist in the current F-Type, a lovely old-school two-seater, though as the brand is now concentrating on electrification and SUVs, the latter’s days look numbered.

But with a timeline that encompasses some of the most illustrious motor cars ever built, it’s a glorious past indeed – one that’s now celebrated in a lavish new tome, The Jaguar Book, a 272-page doorstep, big enough to occupy the real estate of a reasonably sized coffee table, that’s been released to tie in with the 60th anniversary of the E-Type’s launch. It’s stunningly illustrated with studio photographs by famed automotive lensman René Staud, whose earlier Porsche 911 Book is simultaneously re-published in a welcome updated edition.

In this piece, we offer a preview of this visual record of one of the most-celebrated automobile marques of the 20th century, a volume that surely demands a place on the bookshelves of anyone who loves the motor car – or, indeed, anyone who appreciates good design. Feast your eyes and dream – and, while you’re doing so, remember the names Lyons and Sayer, two lesser-known but nonetheless pivotal figures in the history of the automobile.

Hero and featured image: An evolution of the early post-war XK120 sports car, which was internationally successful both commercially and in motorsport, the XK140 was in production for just three years. Powered by a 3.4-litre straight six engine, which could be ordered in two states of tune, it was available as a roadster, a coupe and (pictured here) a drophead coupe. More than 9,000 XK140s were produced between 1954 and 1957.

The Jaguar Book is published by teNeues