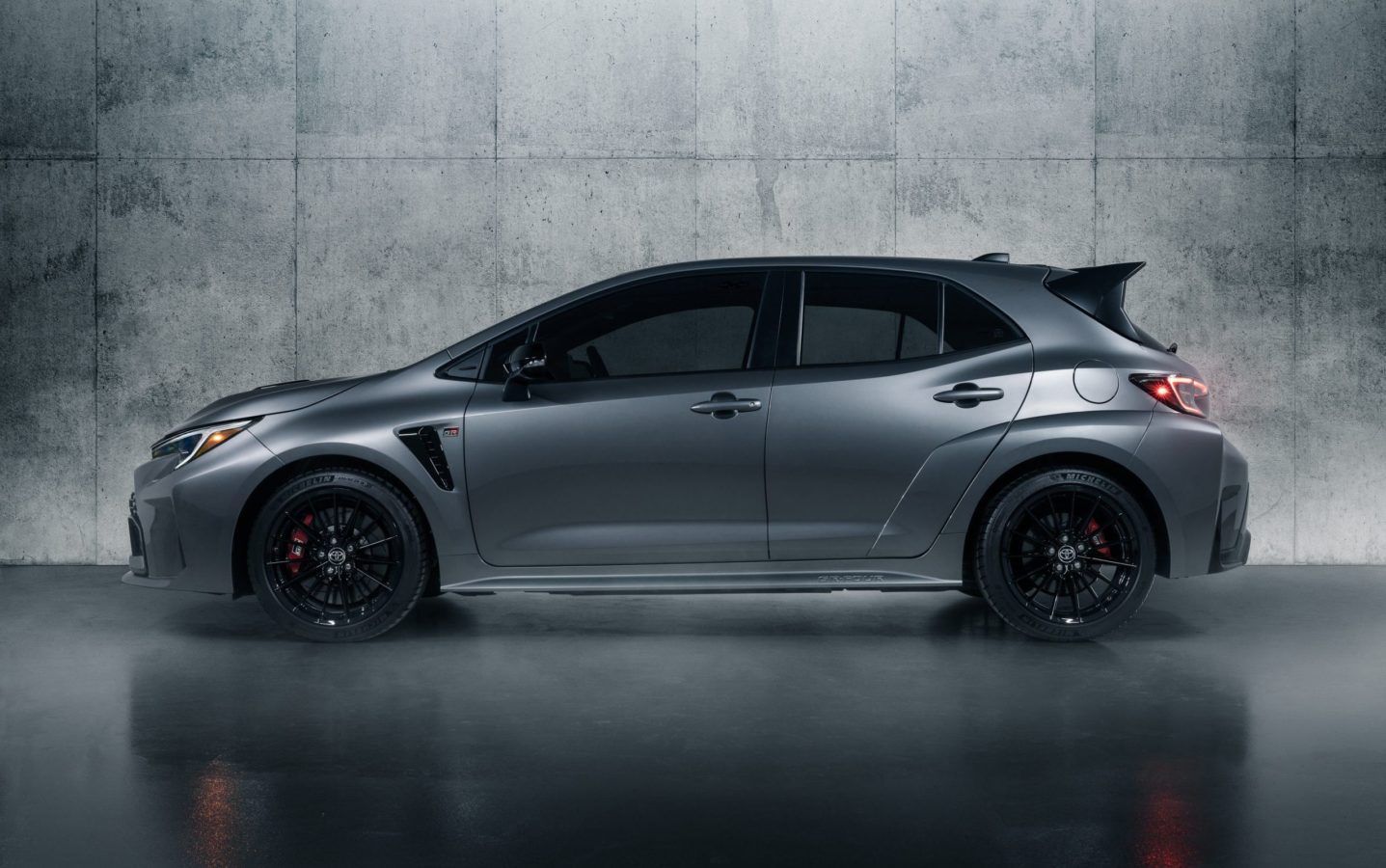 Like it or not, today’s car market is being championed by SUVs.

Large, with extensive space and versatile to go off-road with comfort to match, the vehicle market today is inundated with SUVs and Crossovers of all shapes and sizes. That’s the selling point for these vehicles, and it’s apparently working too with SUVs mounting over 45% of global car sales in 2021. But ever so often, a car brand bucks the trend and gives  pure drivers what they truly want in a car, and the Toyota GR Corolla is proof of that intent. 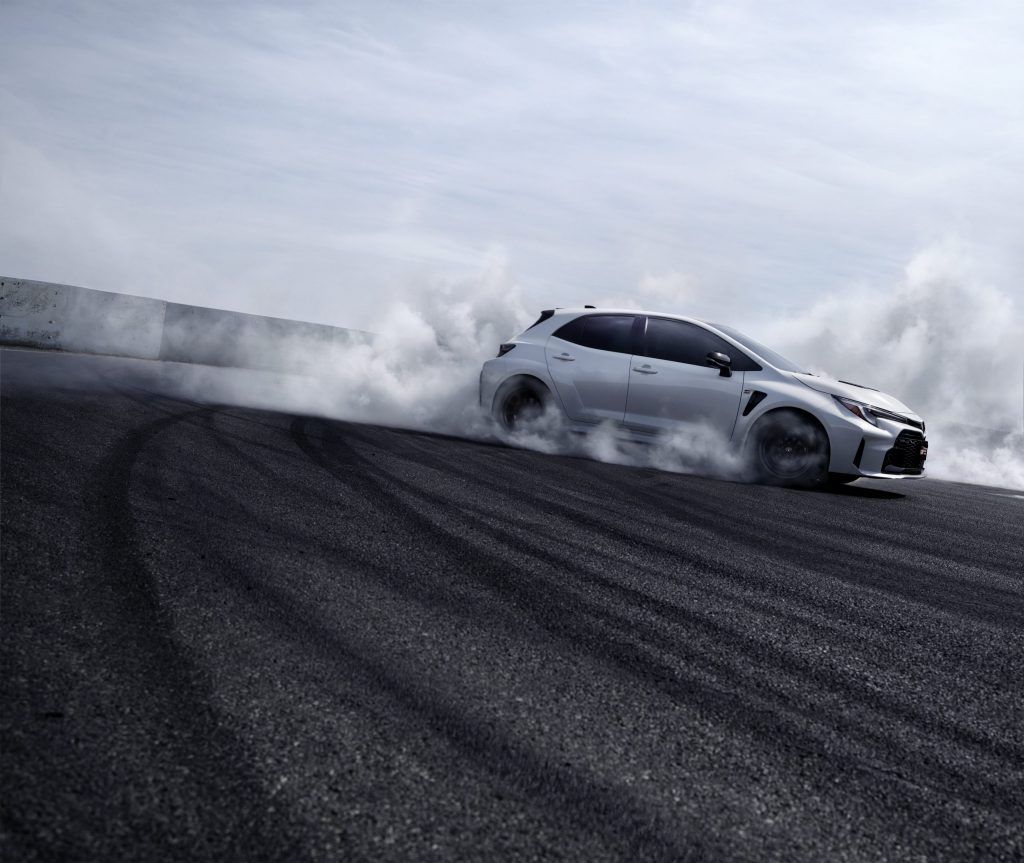 Toyota’s newest pocket rocket is a fitting throwback to hot hatches. Back in the 90s, these little powerful motors were all the rage amongst drivers. Small, powerful, nimble and with excellent handling, they delivered supercar performance without supercar price. It was a segment popularised by icons like the Volkswagen GTI, Ford Fiesta ST and the Peugeot 205 GTi. Now, Toyota is giving afficionados a proper hot hatch to covet in the form of it’s first-ever GR Corolla.

Heat For The Streets 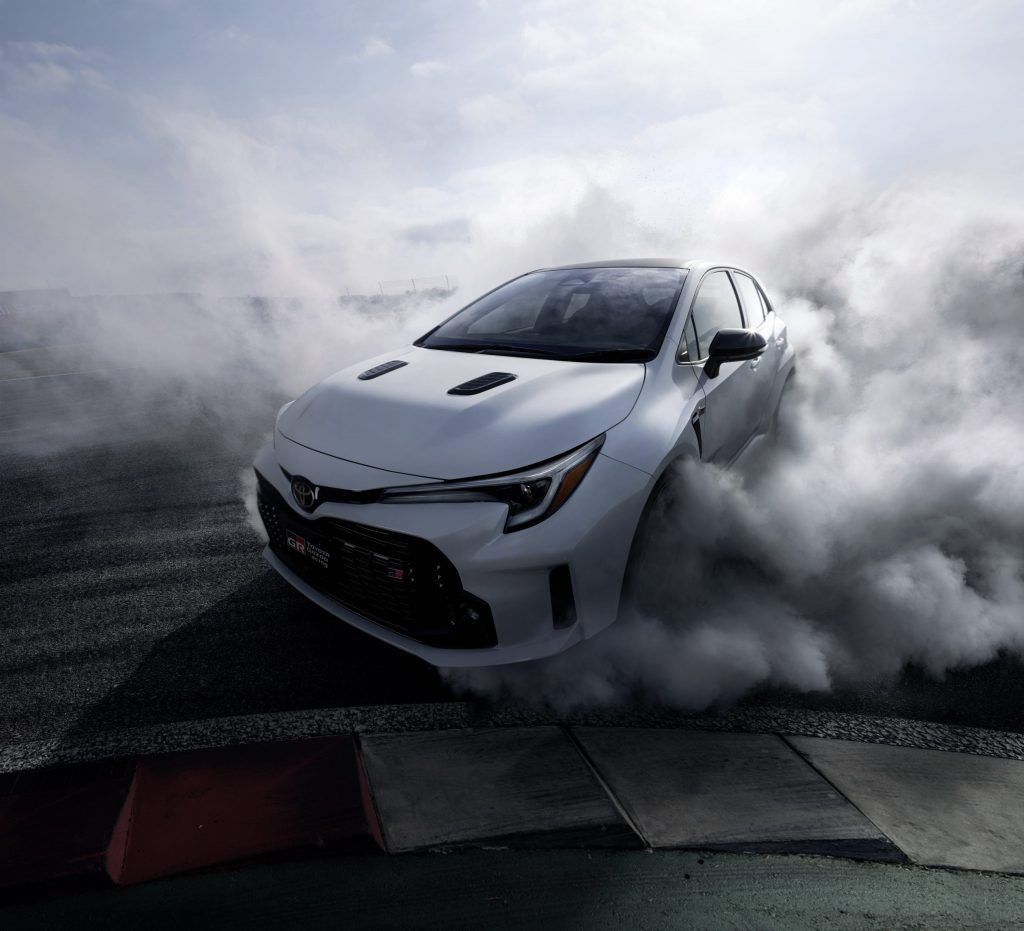 Born from rally racing and tested to meet the highest standards set by master driver Akio Toyoda and professional Toyota Gazoo Racing drivers, the GR Corolla is kitted out with a 1.6L, 3-cylinder direct/port injected turbo engine delivers 300 hp and 370Nm of torque.

Paired with a six-speed manual transmission and a GR-Four All-Wheel-Drive (AWD) drivetrain, this Toyota hot hatch is engineered for snappy acceleration out of the corners, output hits peak torque at 3000-5500 rpm, with max horsepower coming at 6500 rpm. Its thrill-inducing power is piped through a unique triple exhaust that’s designed to reduce backpressure for maximum power delivery.

To further cement the GR Corolla’s performance credentials, the vehicle was tested repeatedly at some of Japan’s leading circuits, including Fuji Speedway, Suzuka and Tsukuba Circuit. In addition, the GR team carried out heavy duty dirt and snow driving with a Japanese Rally Championship driver.

The Toyota GR Corolla will come in two grades, Core and Circuit Edition. The former, which will arrive first later this year, features a white, black and Supersonic Red exterior. It also sports racing elements such as a colour keyed roof with rear lip spoiler, GR-Four stamped side rockers and wide-fender flares. On the inside, seating for five will come with GR logoed fabric sport seats.

The Circuit Edition will be a limited-run model available in 2023. Standard colours are white, Supersonic Red and Heavy Metal with the same GR-Four stamped side rockers and wide fenders as the Core. It adds a forged carbon fibre roof, vented bulge hood and a sporty rear spoiler, Brin Naub suede-trimmed sport seats with red accents and a launch-year-exclusive Morizo signed shift knob.

The GR Corolla will come equipped with the all-new touchscreen Toyota Audio Multimedia system. To incorporate the feedback of professional drivers, the model features a newly-developed GR Full TFT meter. It features a 12.3-inch colour Multi-Information Display (MID) that has a GR meter with 4WD mode, turbo pressure, gear position indicator and tachometer. The brightly lit display is designed for easy-viewing in any condition and even features a start-up GR animation. 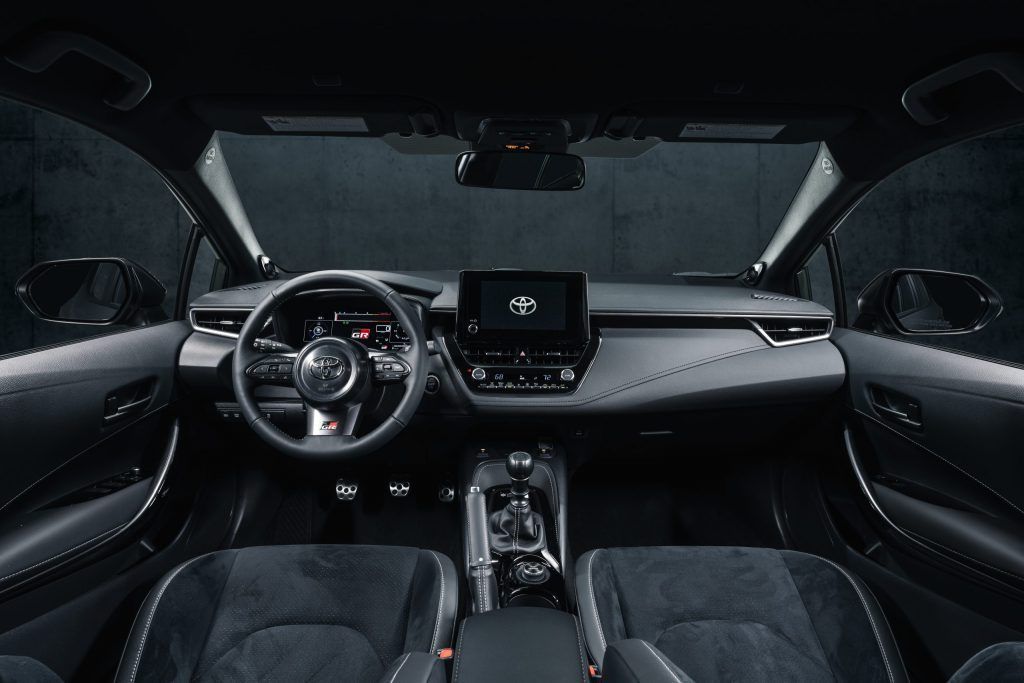 Although developed and made available for sale for the North American market, the Toyota GR Corolla is also made available in selected international markets as well. For those who can’t get their hands on this hot hatch, rest assured a not too shabby consolation is the more widely available Toyota GR Yaris.