If the ten-year-old kid inside you didn’t feel a jolt of excitement upon seeing this, you might need to get help.

This is because the Ninebot GoKart Lamborghini Edition might just be the go-kart to end all go-karts. Lamborghini has always had the ability to regress anyone back to their childhood but this new toy is the unlikely lovechild between the Italian supercar marque and Xiaomi, created as part of the latter’s 10th anniversary celebrations.

If you’re surprised by this collaboration, know that the Chinese electronic giant also unveiled other head-turning products such as the world’s first transparent television for this very occasion too. Rendered in a shade called Giallo Orion that you might usually see on zippy Huracans on the road, this tiny racer is an upgraded version of US’ white Segway offering, with a tech bump that pushes its top speed to 40kph.

The kart’s headlights are “Ice Lake Blue” LED ones instead for better visibility at night, with custom-made tires that make it easier to drift around corners for better lap times. The best bit, however, is the audio emulation system that recreates the sound of Lamborghini’s mighty engine.

You might think that 40kph is the equivalent of crawling compared to an actual Huracan, but this Lamborghini Edition go-kart is already a full 5kph faster than the regular version, and is also much smaller and lighter so you’ll really feel the exhilaration. 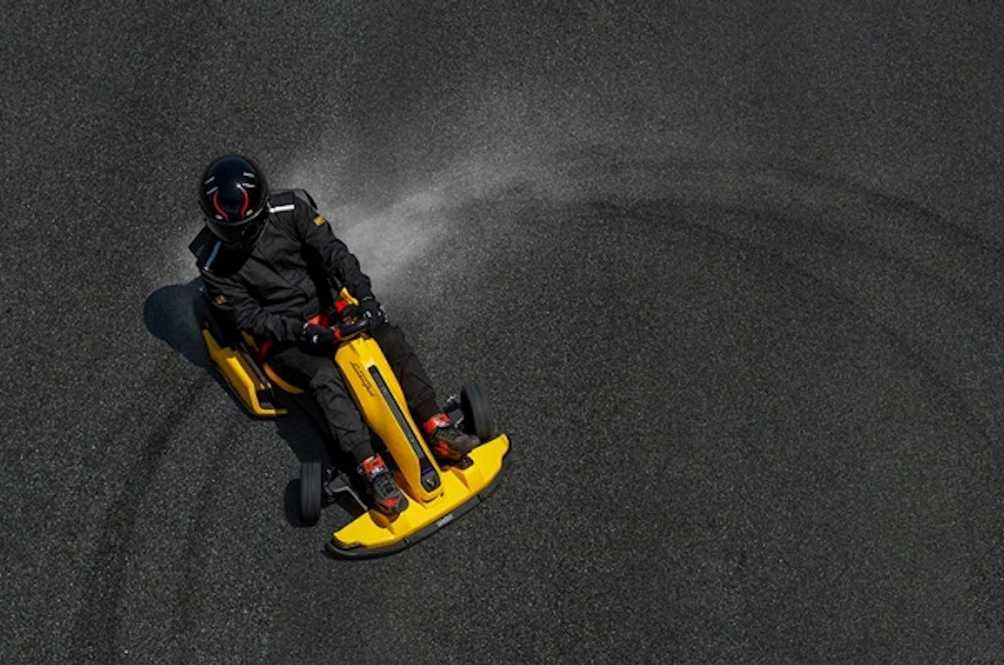 The 432Wh battery pack within is good to go for 62 laps on a 400m race track with a single charge. You won’t have to squeeze into this toy either; it fits most adults and can carry a load of up to 100kg.

This Xiaomi Ninebot GoKart Pro will be available initially in China, though a wider global release is expected in the future. At almost S$2,000, it’s easily the cheapest Lamborghini you’ll ever find. You’ll still be tearing down tracks in this — only it’ll be a vastly different one.