Big payoff if Nature ‘restored’ in the right places 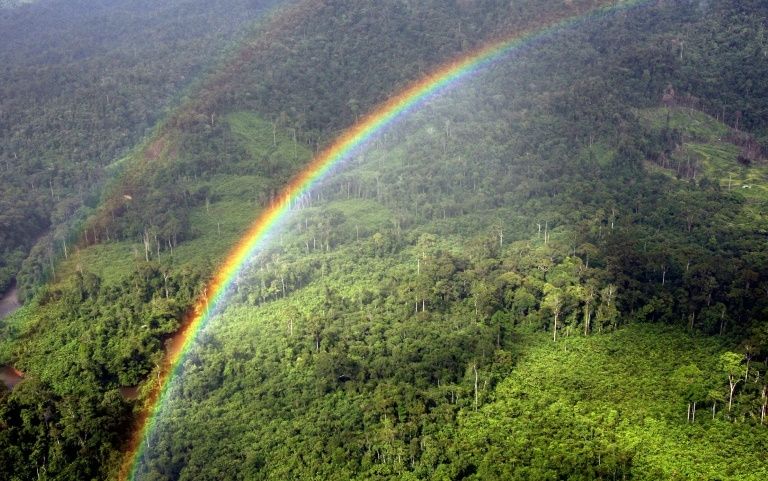 Restoring 30 percent of ecosystems long-since converted to agriculture and other human needs could avoid 70 percent of predicted species extinctions and absorb half the CO2 humanity has released into the atmosphere since the industrial revolution, according to an ambitious blueprint for healing the planet released Wednesday.

Restoring 30 percent of ecosystems long-since converted to agriculture and other human needs could avoid 70 percent of predicted species extinctions and absorb half the CO2 humanity has released into the atmosphere since the industrial revolution, according to an ambitious blueprint for healing the planet released Wednesday.

But it would have to be the right 30 percent to yield maximum benefits, an international team of experts said in a study positioning itself as the scientific cornerstone for a crucial biodiversity summit in China next year.

“Implementing restoration in priority areas would be a major contribution to overcoming the twin climate and biodiversity crises,” lead author Bernardo Strassburg, director of the International Institute for Sustainability and an assistant professor at PUC-Rio University, told AFP.

Returning wetlands to their natural state would bring the highest return on investment, both in preventing species loss and slowing the pace of global warming, the study found.

Tropical forests are second-tier priority area, though all types of ecosystems — including temperate forests, savannahs and scrublands — have a role to play.

In all, the regions earmarked for restoration under the plan cover nearly nine million square kilometres, roughly the size of Brazil.

The study also looks at cost, concluding that concentrating investment on key areas would be at least 10 times more cost-effective than randomly distributed efforts.

The United Nations has tagged the 2020s as the Decade of Ecosystem Restoration, and many companies see the renewal of natural environments as a “low-hanging fruit” far cheaper than engineered or technological solutions, said Strassburg.

“A lot depends on whether countries will choose a green recovery path from the Covid economic crisis,” he said.

Economic recovery packages around the world total many trillion dollars so far, but some are more reliant on carbon-intensive inputs and infrastructure building than others.

So far, efforts to protect and restore Nature on a global scale have failed spectacularly.

The planet is on the cusp of a mass extinction event — only the sixth in the last half-billion years — in which species are disappearing at 100 to 1,000 times the normal “background” rate, most scientists agree.

The UN’s science advisory panel for biodiversity warned in a landmark report last year that one million species face extinction, due mostly to habitat loss and over-exploitation.

As climate change kicks in over the coming decades, the pace at which life forms disappear will likely intensify.

“This gets harder if climate change goes towards the worst-case scenarios, but our optimistic assumption is that we will stay on less pessimistic pathways” in keeping with the 2015 Paris Agreement, which calls for capping global warming at well below two degrees Celsius, Strassburg said.

A score of 2020 targets under 195-nation Convention on Biological Diversity designed to protect and restore nature — including a slowdown in habitat loss — have all been badly missed, according to a UN assessment released last month.

In 2019, a football pitch of primary, old-growth trees was destroyed every six seconds — about 38,000 square kilometres (14,500 square miles) in all, according to satellite data.

Reverting agricultural land to a wild state in a world still plagued by hunger and anticipating another two billion mouths to feed also raises the spectre of food shortages.

“It will not be easy and will require concerted efforts,” Strassburg concedes. “But it is feasible.”

A modest uptick in the pace of increasing agricultural productivity, a 50 percent reduction in food waste, and a shift in human diets away from meat and dairy would render the plan feasible, the study found.

The highest-priority targets for restoration are concentrated in the tropics and sub-tropics, especially in Indonesia, Malaysia, India, The Philippines, Vietnam, the coastal regions of Kenya and Tanzania, Madagascar, east Africa from Gambia to Nigeria, Brazil and central America.

But asking these countries alone to shoulder the burden of “rewilding” cropland is unfair and politically unfeasible, so the scientists modelled a scenario in which all nations restore 15 percent of the priority areas within their borders.

Compared to the optimal plan, benefits for species and climate change were reduced by about 30 percent, while costs increase by half.

The researchers combined mathematically-based modelling and cutting-edge mapping technologies to assess nearly 30 million square kilometres of ecosystems worldwide that had been transformed into agricultural or pasture land.

More than half were originally forests, while a quarter were grasslands and 14% were shrubland. Only two precent were wetlands.