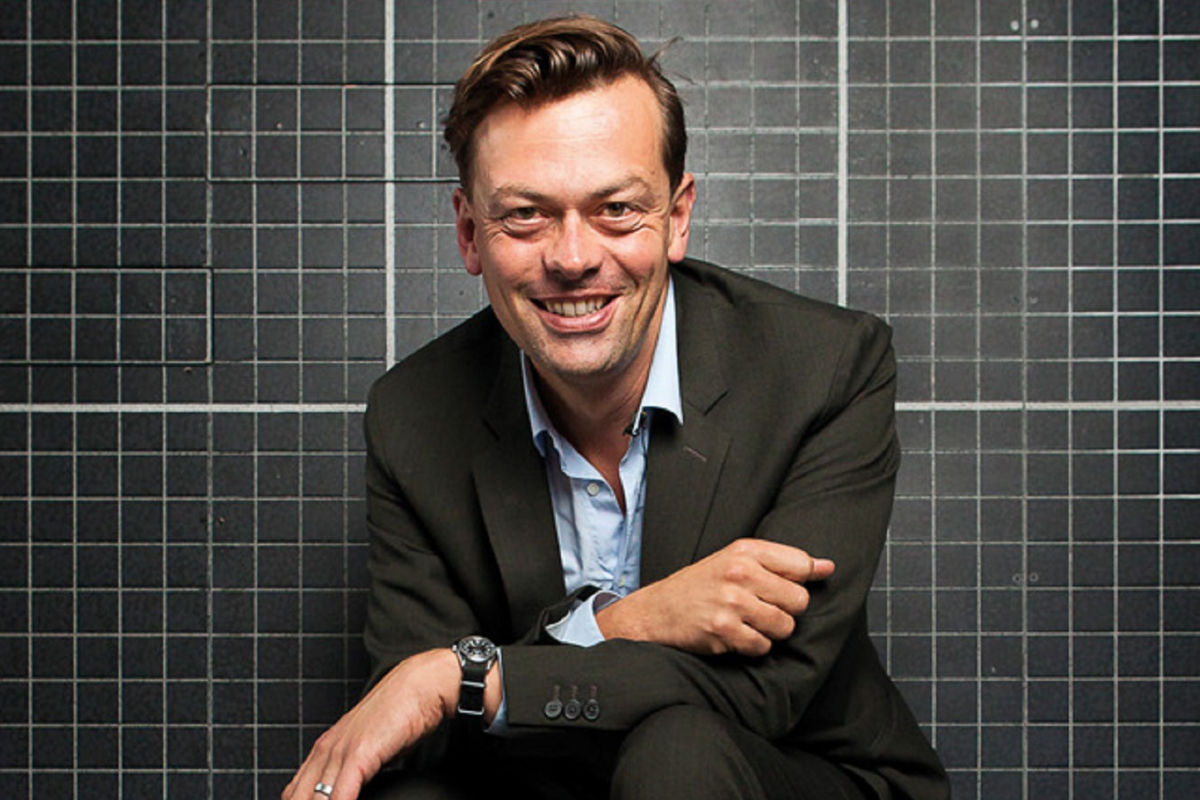 English playwright Simon Stephens’ plots sometimes revolve around offbeat situations, but his characters shine through modest revelations. In his 2015 production, Heisenberg: The Uncertainty Principle, an older man and a young woman start an unlikely romance after a serendipitous encounter in a crowded train station. Their meeting is random and their lives glaringly dissimilar, but their paths are somehow intertwined.

SEE ALSO: How virtual reality will replace a cinema near you

“In a broken world, people remain connected,” Simon Stephens, the two-time Olivier Award-winning dramatist contemplates. “The world lends itself to pessimism, and optimism is the only mature position.” Indeed, there is a thread common to his uncommon scenarios. Life is uncertain but somewhat comical, and his characters resonate with the audience in remaining profoundly human.

Coasting through an age of instant gratification and its flurried stream of content might leave us wondering if a more languidly paced theatre fits anymore. “In a world of acceleration, we need to move slowly,” Simon Stephens offers. “Theatre is more relevant today than it ever was. It is one space that demands strangers to engage in a shared experience for a while. If we [playwrights] tell our stories with truth and complexity we may exercise the humanness of our audience.”

His acclaimed adaptation of Mark Haddon’s best-selling book, The Curious Incident of the Dog in the Night-Time, features at the Esplanade Theatre in Singapore from March 29 to April 8, following stops in Hong Kong and Melbourne. Through the eyes of teenager Christopher Boone, whose exceptional intellect is matched by his struggle with everyday social interaction, we see the world from a different perspective. When Boone becomes suspected for murdering his neighbour’s dog, he plays detective to identify the culprit and is forced to venture beyond his safe, familiar world. The play suggests we’ve all been Boone at some point of our lives: A misunderstood stranger looking in at the perfect world. Being authentic becomes an unnerving challenge and in order to fit in, truth gets stretched. Boone represents a vessel for truth, exposing the diplomatic masks we put on daily. Though his matter-of-factual ways are often rejected, his candidness become points of illumination. “I am interrogating humanness,” Simon Stephens muses. “The difference between what they are and how we perceive them.”

Do you have a philosophy when it comes to writing?
I don’t know if I have a cogent philosophy. Playwrights are wrights, not writers, and make plays rather than writing them. I think the human is the essence of my work.

The Curious Incident addresses the concept of being an outsider. Does any good ever come from being an outsider?
The outsider’s function is to see the world with clarity and tell the truth about what he sees. We need outsiders to reveal our hypocrisies, and I think this is precisely what Christopher does. He shows us the idiocy of things we perceive as normal because he sees them with more clarity than we do.

Communication is also a significant theme in the play. That said, the way we communicate has certainly changed. Do you think less is more?
I like Anton Chekhov’s definition of “grace” in a letter he wrote to Maxim Gorky, that grace is achieving the greatest effect with the slightest effort. We need to say what we mean as simply and as clearly as possible. On stage. In drama. In life. That is what I aspire to do, and I fail. I always fail.

Is there one character you are most drawn to?
I like the attempts of Reverend Peters and the Head Teacher to do well in the face of their own failures. I was drawn to tell Ed’s story; I think as a dad I recognised myself in him. But all of the characters seem important to me. The copper in London trying to do his best. The woman on the street attempting to get out of the rain. Judy and her humility and love, and Christopher. I guess Christopher.

What is the biggest lesson Christopher’s character has taught you?
To tell the truth, when I can, about the things that I see. To find the bravery to do that.

What do you think is the biggest takeaway from the play?
Be brave, tell the truth. Enjoy maths. If you want to get to somewhere you know is nearby but don’t know where it is, take your first right and keep going until you reach a road you’ve been to before. Then take your first left, and your right, and so on.

Why should we catch The Curious Incident of the Dog in the Night-Time?
Because of its celebration of bravery and truth, and the pure theatricality of [director] Marianne Elliott’s astonishing production.

The Curious Incident of the Dog in the Night-Time shows at the Esplanade Theatre till Sun, 8 April. Book tickets here

SEE ALSO: 6 creations inspired by the Year of the Dog