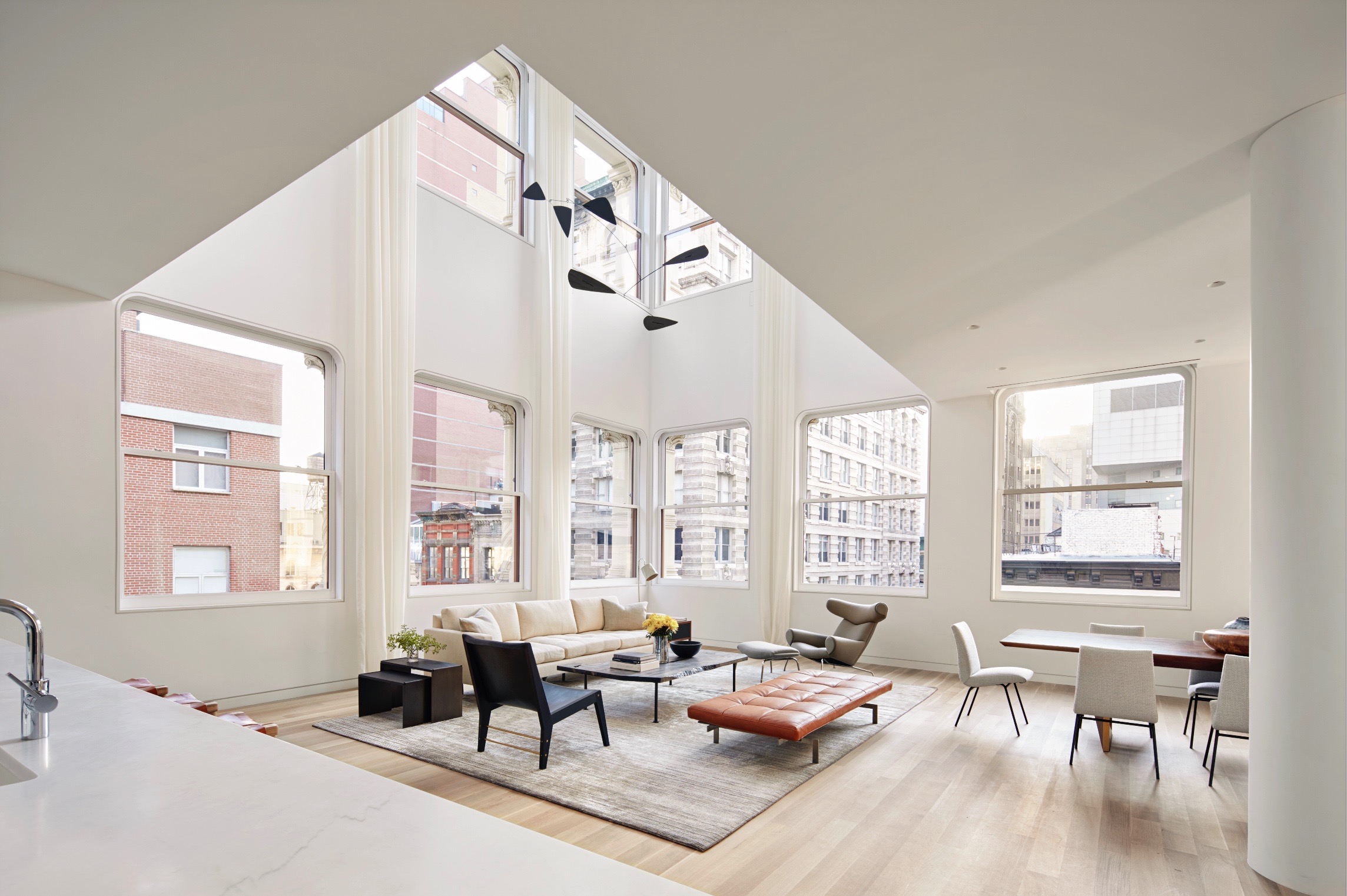 He won the Pritzker Architecture Prize in 2014, the field’s highest honour. For a profession often associated with showmanship, Shigeru Ban is better known for his commitment to the dispossessed, creating humble, low-cost shelters out of recyclable materials for disaster victims across the world.

The Cardboard Cathedral in Christchurch, New Zealand, is one of them. But when he’s not making churches out of cardboard, Ban builds museums and mansions. His latest effort was an ultra-luxe condominium inside a cast iron building in Tribeca, Manhattan.

The Cast Iron House is six storeys of 11 lofty duplex residences and two penthouses. Originally built in 1881 by James White, it is one of New York’s most stunning structures. Beneath the immaculately restored exterior are re-envisioned minimalist spaces with furniture doubling up to demarcate areas. Ban calls this “invisible structuring”, eliminating unneccessary walls.

A 400-square-metre home here will cost you over USD10 million. But you get what you pay for: a 24-hour doorman, spa, fitness centre, steam room and Pritzker prize-winning home in one of the best neighbourhoods of New York City.

Sign up to get the latest luxury and lifestyle news delivered to your inbox.
Architecture Interior Design home Shigeru Ban
Hannah Choo