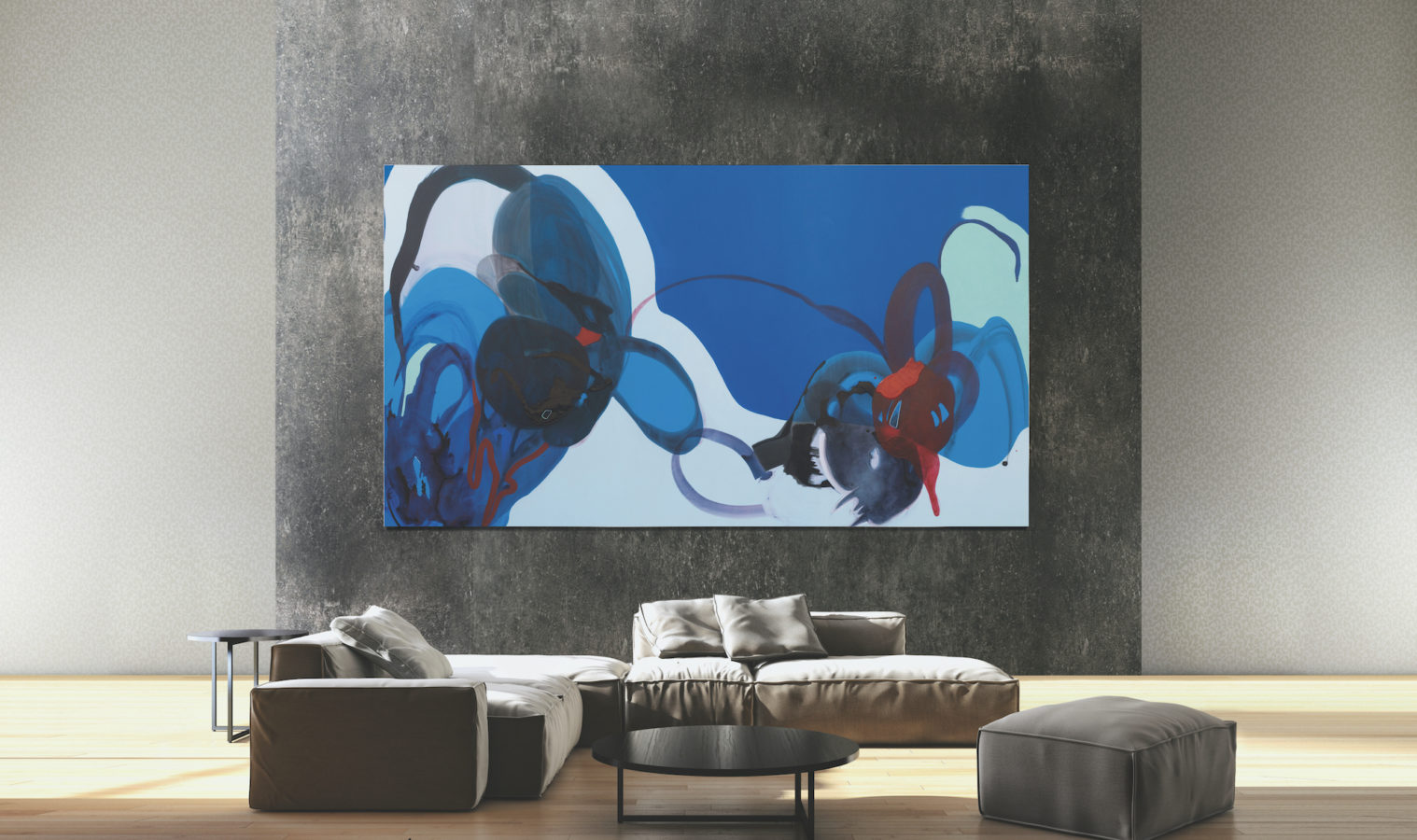 Don’t let time slip away, watch all your precious moments on Samsung The Wall

Pursuits
Don’t let time slip away, watch all your precious moments on Samsung The Wall
Share
Next article

It’s a television, interior decoration, and a world-renowned art piece all rolled into one, in addition to being an enormous wall display. Presenting to you, The Wall by Samsung.

At first glance, The Wall, a 146-inch modular display by Samsung, immediately reminded me of my father. In the early phase of the Circuit Breaker, he would often have video calls with his two grandchildren. However, back then, whenever the two munchkins shouted “Grandpa!” from the other end of the phone, father had to hold his phone at a distance and squint – no thanks to presbyopia.

Samsung Electronics has led the display market for the past 11 years, and The Wall is its latest innovation in the world of display technology. Despite its 146-inch display being made up of 16 micro-LED panels (configurable to up to 292-inches), images are displayed seamlessly, with no visible lines between each panel. Regardless of the screen size or ration, The Wall’s Intelligent AI technologies deliver pristine visuals drenched in perfect colours and contrasts resembling that of lifelike imagery.

If father’s video chats with the grandchildren were being streamed on The Wall, it would have made a world of difference, because it would seem as though the kids were standing right in front of him, life-sized.

A friend who is based in Shanghai recently had a baby; and due to the current travel restrictions, her parents in Singapore were unable to visit. No number of videos or photographs sent can make up for the emptiness of not being able to cradle their first grandchild, nor overcome the distance between Shanghai and Singapore.

If her parents had The Wall installed at home, imagine the joy they could experience being able to connect via video calls 24 hours a day, spending quality time with their grandchild on the life-sized display screen, just as though they were living right next to each other. These older folks would not have to worry, too, as to whether their precious grandchild is well cared-for, because they would be able to see every single detail clearly.

Even though it is not within our means to control the pandemic, it is still essential for us to at least live in the moment. Especially with the year 2020 coming to an end, we should not miss out on any important milestones and opportunities to connect with our loved ones.

With Thanksgiving, Christmas, New Year’s, and Chinese New Year just around the corner, let us make it a point to get together with our loved ones, regardless of how far apart we are. Why not, for a start, enjoy a meal together?

Ever wondered why families traditionally enjoy hotpot during Chinese New Year? It is because very often, the familiar feeling of home, stems from eating around the table with family.

Besides getting together for reunion dinner virtually with family members living across the globe, streaming live video calls on The Wall can also mimic the reality of having our loved ones being “life-sized”, rather than just being a tiny version of themselves on the screens of mobile phones, computers or tablets. The Wall delivers the best ultra-high definition picture quality possible, allowing you to enjoy engaging, live conversations with your loved ones, just as though you were in the same space at that very moment.

In current times, where movement and travel restrictions are in place, it is essential for such “realities” to exist.

An Italian friend of mine, who is currently based in Singapore, had planned to get married to his sweetheart during the middle of this year. He had hoped to hold the wedding at a beautiful manor in his hometown, witnessed by family and friends. He obviously was not able to fulfil his wishes due to the pandemic, but instead held a simple ceremony in Singapore, and invited loved ones to join them on their big day, albeit virtually. However, it was the disappointment that the father of the bride had to experience that was truly felt — being only able to witness the priceless moment from his phone or computer screen, and not being able to give his daughter away personally.

Intriguingly, the more human beings rely on technology to overcome physical distances between one another, the more we are forced to face the reality of how far apart we have become. We often end up heavily reliant on technology, in a desperate need to experience a “live” situation, and crave for the other party, be it another human being or object, to be seamlessly integrated into our daily lives with the help of technology.

The Wall is configurable to a variety of sizes and ratios from 146-inches in 4K, to 292-inches in 8K, showing extraordinary colour details at a depth of 16bit, functions at a video refresh rate of up to 100/120Hz, and possesses a physical depth of less than 30mm in addition to bezel-less design. In short, it is enormous, and offers optimum resolution-to-screen size capability.

What is worth noting too, is that The Wall’s bezel-less design allows its screen to blend seamlessly and effortlessly into its surroundings, while looking sleek from every angle.

Can you imagine, the number of possibilities that The Wall could bring?

Desperate to travel? Looking at photos simply does not cut it. In fact, it will likely remind you of the pain of not being able to travel. Travel addicts live for the indescribable excitement of being in a foreign land. The Wall can help. Use it as a giant digital photo album to relive precious travel memories, whether you are alone or together with family. The Wall will allow you to recapture moments of chilling by the sea and basking under the sunny skies of Fiji or the Maldives, enjoying the sunset on the island of Santorini; the moment when you realise how tiny you really are, while standing in the middle of The Colosseum or in front of the Iguaçu Falls in South America. Or even the split second when you were startled by a passing lion during a safari tour at the Kruger National Park. While looking back at all the priceless moments on The Wall, you have already unknowingly gone on another journey through these true-to-life images and experienced once again the thrills and excitement that travel brings.

Missing the Broadway in London, or the exhilarating feeling of singing along with thousands of fellow fans at a live concert? When The Wall is paired with a brilliant sound system, it’s as good as attending musicals and concerts in person.

Likewise, for movie nights with the kids, all you need to do is to dim the lights to mimic the ambience of an actual cinema, with or without popcorn; because the size of The Wall’s screen display is that big.

Miss running marathons, exploring new territories on your bicycle or practising yoga by the beach? With The Wall, you may well bring your experiences to life, by using it to stream in-situ videos of wherever your heart desires to be. Simply put on your sports watch, and you will be running marathons in different parts of the world in no time – all in the comfort of your own home. A tip: if you intend to take part (virtually) in the Antarctic Ice Marathon, remember to turn up your air conditioning to fully experience the realistic sound effects together with the cooler temperature.

If your aim is to simply stay put and not do anything, that is perfectly fine too. With just a click of a button, The Wall can be set to display your favourite art pieces, elevating the home with artistic flair. It is versatile and intuitive as you would like it to be.

The Wall for Luxury Living by Samsung is available exclusively at AV Intelligence. Simply make an appointment to experience it for yourself.

Sign up to get the latest luxury and lifestyle news delivered to your inbox.
Tech samsung
Editorial
Tech

Let the future unfold with the new Samsung Galaxy Fold

The latest Samsung Galaxy S20 FE is a wallet-friendly powerhouse