Everything you need to know about the bear market 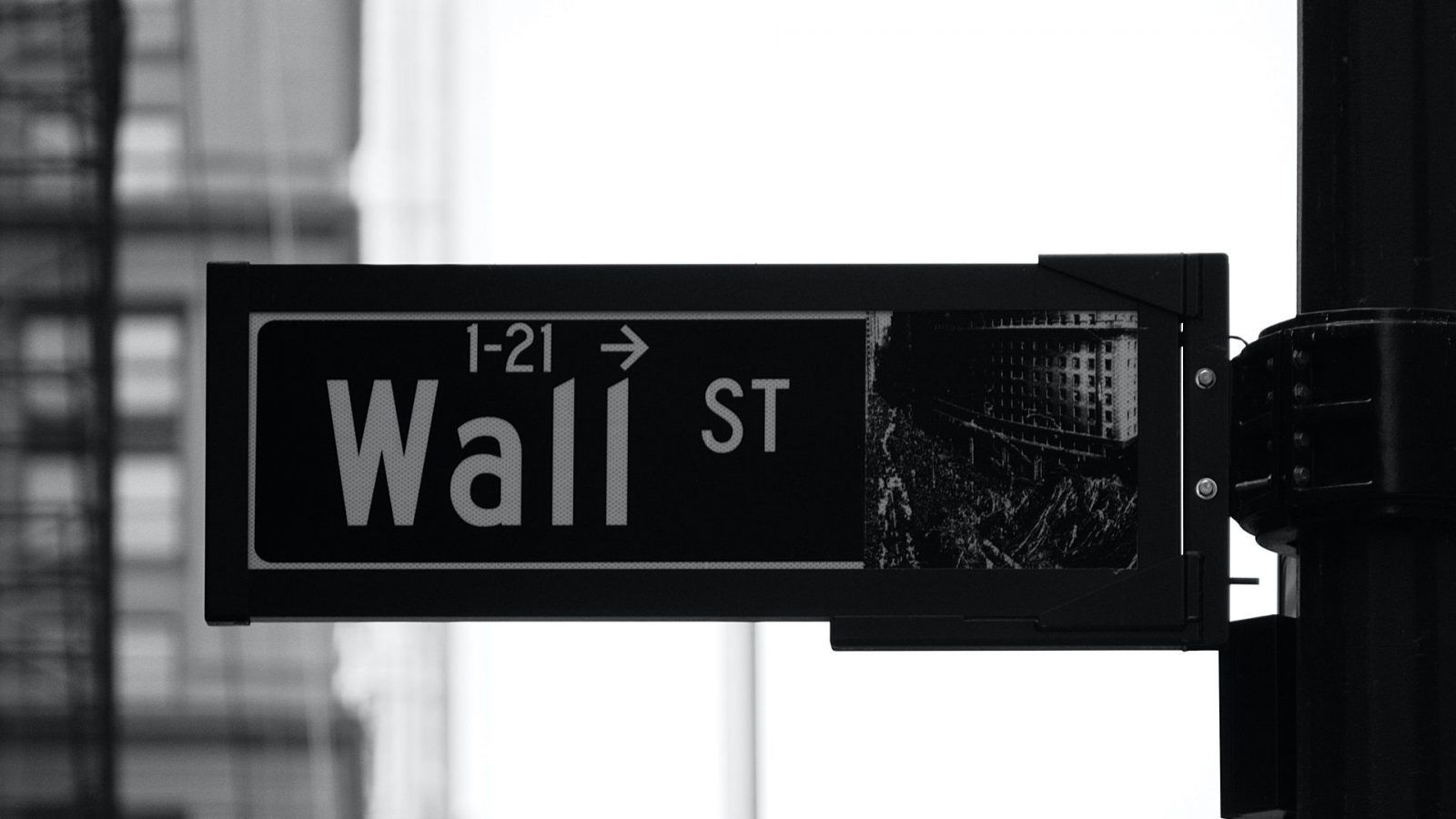 On 14 June 2022, the American S&P 500 index fell 3.9 percent — its lowest level since March 2021. This was because of a broad equity selloff triggered by unusually high inflation in May and the ongoing war in Ukraine. As stocks lost on the bourses, Wall Street entered, what is known as, a bear market.

The fall in the S&P 500 index, one of the strongest stock markets in the world, did not come out of the blue. In January 2022, it was at its highest level. However, the index started falling steadily and shed 21.8 percent by 14 June.

Other American indexes did not look good either. Nasdaq was already in the bear market before the S&P 500, and it continued to slide into the red zone. Dow Jones, which sank 2.8 percent on the day the S&P 500 entered the bear market, is now close to making its entry into this segment.

The continuous slide of markets is not just in the US but also in other major economies. India’s benchmark Sensex closed on a 52-week low on 16 June, losing 17.26 percent in eight months and inching to the bear market.

The unfolding situation has given rise to questions and worries.

All about bear market and its effect on investors and economy

What is bear market?

The term ‘bear’ in ‘bear market’ comes from the well-known stock market jargon of bear and bull — the two animals that represent gains and losses in stocks. A bear hibernates and has a tendency to pin its target down on the ground. This is why when stocks start falling, the situation is called ‘bearish.’

The opposite of a bear market is a bull market. It is so named because a bull charges at its opponent and tosses the target in the air. It happens when the value of stocks rises consistently and the economy gathers pace. In other words, it is when markets are green and the economy appears financially positive.

Therefore, a bear market is used to define a market that has fallen 20 percent or more from its last high.

It indicates an economic slowdown but is centred on the stock market only. It happens when multiple investors start selling their stocks because the returns on them are not good enough. This gives rise to pessimism within the market and more investors join in the sale rush, eventually bringing the index down into the bear zone.

The reason why S&P 500’s entry into this category is significant is that it is a large benchmark index and is widely seen as the best single gauge of large-cap US equities. It includes 500 leading companies, covering around 80 percent of available market capitalisation.

So, technically, its slipping into bear territory means that Wall Street has entered the bear market. This is when investors and watchers start saying “the market has fallen.”

Any bear markets in the past?

Yes, there have been several bear markets in history.

According to global asset management firm Guggenheim Investments, the S&P 500 has alone entered the bear market around 12 times, with three of these marking a decline of more than 40 percent. However, this does not include the current situation.

According to a study by CNBC, the average fall the S&P 500 witnessed across all of its bear market stays came to around 30 percent.

A bear market doesn’t cause recession, but it indicates an economy is closer to recession. As stocks continue to tumble, the fears of a recession begin to rise. However, such fears can be unfounded as the fall in stocks may not necessarily translate into recession, which is also affected by other economic factors.

Although the stock market and the economy are two different financial entities, they are linked. And recessions can happen because of high interest rates, high inflation and even housing and credit crises, but bear markets may not affect anyone other than investors.

The 20-percent mark that is considered the border across which lies the bear market is more like a psychological obstacle specifically for investors and might not mean anything for other economic factors.

Orlando-based certified financial planner Charlie Fitzgerald III told CNBC on 14 June that it’s a “tough time” indeed, but recession is a “shortcut in language around the financial markets that people use.”

A study of the number of times that the S&P 500 has entered bear markets reveals that on three occasions — 1961, 1966 and 1987 — the fall in the stock market didn’t coincide with a recession.

Additionally, the problem that stares the world in the face now is the long-term consequence of lockdowns imposed across the world to check the spread of the COVID-19 pandemic. It was the trigger for the S&P 500’s bear market in 2020. Its effects continue to act as major obstacles in the paths of economies the world over.

“Wherever there’s a lot of guessing and a lot of uncertainty, that means people’s beliefs can move around a lot. And with those beliefs go stock prices,” Laura Veldkamp, a professor of finance and economics at Columbia University, told CNBC on 14 June while underlining that the world has never had an experience of shutting down parts of the economy for long periods before.

So, in short, a recession may be looming on the horizon, but it may not actually happen.

How long can bear market last?

There is no definite time frame for bear markets. The 2020 bear market for S&P 500 lasted for one month. By comparison, the one in 2000 was the longest in the post-World War II history of the index at 31 months.

Recovery from bear markets can take anything from several weeks to several years, depending on how bad the economic situation of a country is.

S&P 500 entered the zone in 1973, and it took more than five years to come out of it — the longest recovery time for the large benchmark index in its history. Conversely, it recorded its shortest recovery, of just three months, in the next bear market slump in 1980.

Data shows that the level of drop in the market is not inversely proportional to the length of recoveries. In 2020, the S&P 500 fell 33.9 percent but bounced back in five months. However, in 1987 when there was no recession, it took the market 20 months to recover from a slump of 33.5 percent.

Thus, it is difficult to ascertain how long the current bear market will last.

“Human emotions are just a difficult thing to predict,” Fitzgerald said, indicating the problem of prediction around markets.

How to tackle and trade during bear market?

The American central bank raised the benchmark interest rates by 75 basis points on 15 June 2022. It is the highest rate hike since 1994.

Jerome Powell, the chair of the Federal Reserve of the United States, said on the same day that the central bank can hike the benchmark interest rate by either 50 or 75 basis points (0.50 percent or 0.75 percent, respectively) again in July.

As the interest rates were hiked in the US, the Bank of England followed suit and hiked rates by 25 basis points — its highest since 2009. Similar was the case with other major economies.

The target of governments is to control inflation while hoping that recession does not set in. However, this has left businesses and investors worried, as interest rate hikes scuttle economic growth.

So, in a way, navigating out of a bear market can be tricky for governments. Meanwhile, those who hold stocks are caught in the middle of it.

Additionally, losses in the market can be alarming for investors. As the stocks dip into the red zone, some of them might feel the need to sell and save whatever they can. However, experts believe that selling could be a wrong move unless there is an urgent requirement for money or a need to plug losses.

There is always a potential gain once the bear market ends, and stocks of some of the best businesses almost always bounce back. According to advisers, it is important to note the historic trend of the stock and its returns in the long run against its investment.

Keeping an eye on when the market rises, even during an ongoing bear market, can yield some returns. There were periods of more than 9 percent bounce back at the S&P 500 even during the month-long 2020 bear market phase.

The best way to tackle a bear market is to stay put and let the tide go out. However, some investors might feel the need to make money by trading during this time. One of the ways to trade is short selling, which is basically selling borrowed shares and buying them back at a lower price. The technique is, however, fraught with risks and only the most seasoned traders might attempt it.

If the stocks invested in have been historically strong, there is a chance they’ll return from a bear market slump in the long run. This is exactly what has happened to the S&P 500 in all of its previous bear markets. Each time, the index returned to an all-time high.