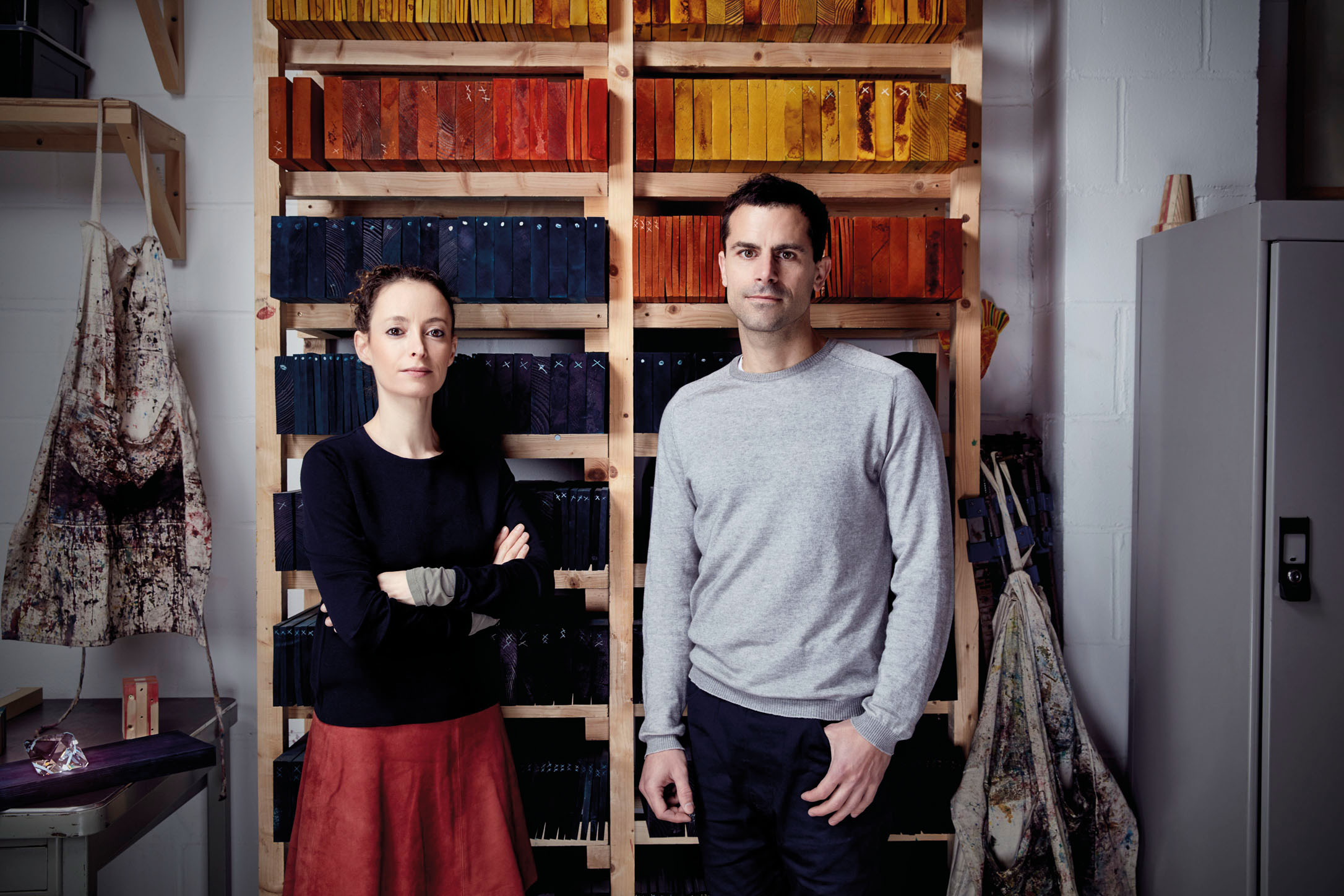 Design duo Yael Mer and Shay Alkalay may not yet be household names among the house-proud but mention their studio Raw Edges and that might elicit response from the world’s design community. Always curious about the world and prone to turning design thinking upside down, their designs possess the interplay of childlike playfulness with strong accents of colour, details, patterns and forms. Constantly surprising with this unfettered approach to design, it’s no surprise they have snagged awards such as the The British Council Talented Award, iF Gold Award, Dutch Design Award, Wallpaper* Design Award, Elle Decoration International Design Award and the Miami/ Basel Designer of the Future Award.

Both attended London’s Royal College of Art – during the time Ron Arad served as head of course – and upon graduation in 2007, set up their design studio where their wild imaginings could materialise into furniture creations, lighting installations, public seating. Taking inspiration from Mother Nature, the duo studies pattern making and DNA. They are also experimental: Pouring expandable foam into folded paper cavities, tinkering with paper moulds for the production of industrial-grade ceramics, and not forgetting, cooking timber in boiling dyes to see the end result.

The pair collaborate with some of the world’s best-regarded furnishing brands such as Cappellini, Moroso, Kvadrat and Established and Sons; though perhaps most notable in their oeuvre of work is the Islands, a kitchen-inspired installation using Caesarstone surface at Fuori Salone, Milan in 2014. Dreamt up together with French-American chef Alice Delcourt, it was a conflation of creativity and haute cuisine.