By Nafeesa Saini
Digital and Lifestyle Editor
Presented by 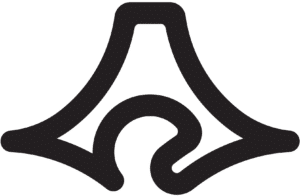 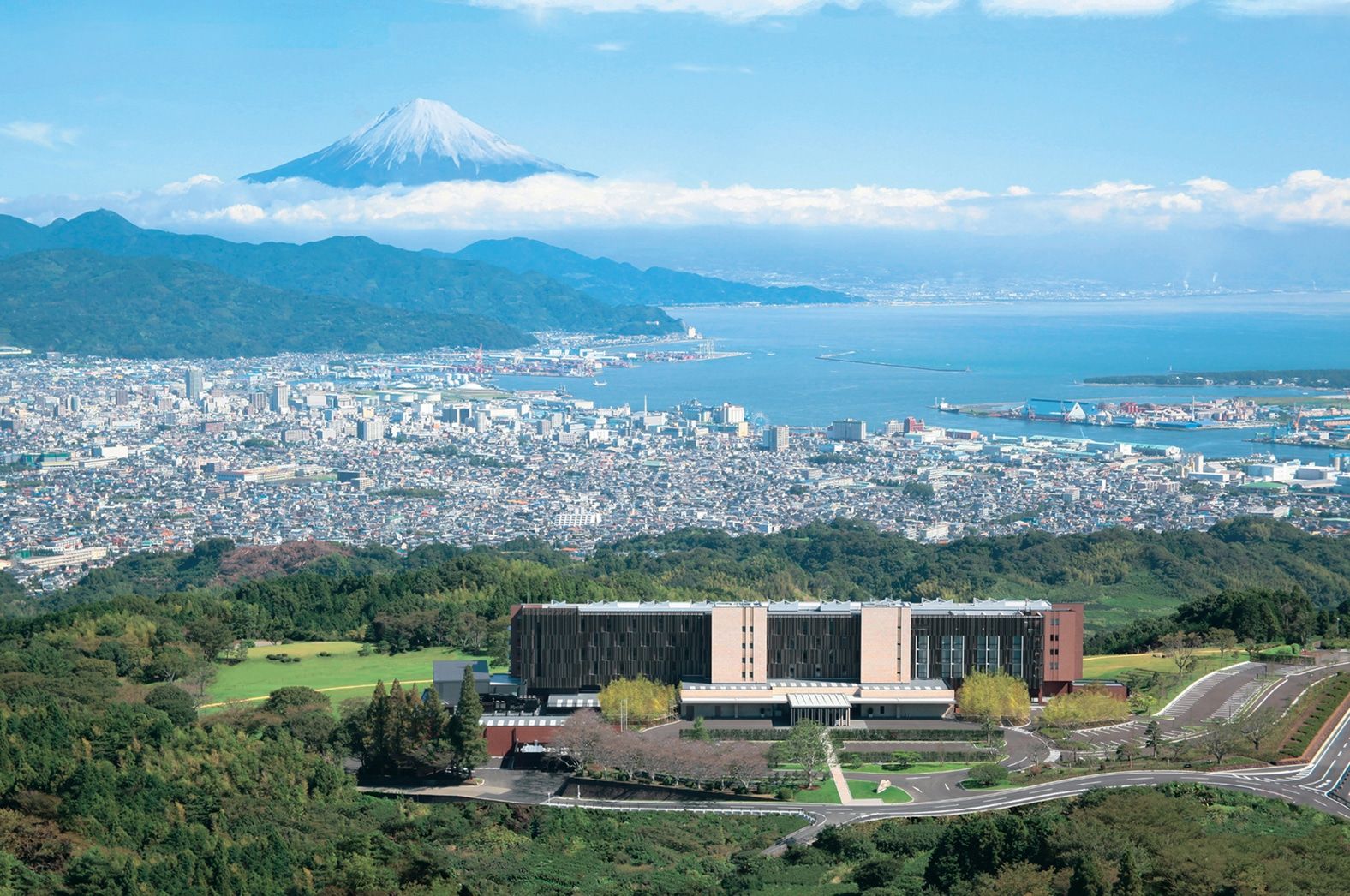 Travel
Into the heart of Japan: A destination guide to Shizuoka Prefecture
Share
Next article

Hot steam rises from our private onsen bath. In the distance, Lake Hamana glints in the sunlight, surrounded by rolling hills, its waters rippling in the wind. This is Japan at its most beautiful in February. No, this isn’t Osaka, Kyoto or Hokkaido — this is Shizuoka Prefecture, an underrated region located between Osaka and Tokyo. Accessible via a quick Shinkansen ride from Tokyo, the prefecture offers more than just proximity to Mount Fuji; it’s also Japan’s tea capital, and the birthplace of wasabi.

Over the course of three days, we travelled to four regions in the prefecture, each as different to one another. Here’s our destination guide on where to stay, eat and what to experience.

We’re told repeatedly by arcana izu hotel’s general manager to relax when we checked in. Not that it’s a difficult rule to abide. The 16-room property resembles fairytale forest villas nestled deep in the heart of the woods. Without the distraction of a TV and with minimal facilities on-site, we’re left to bask in the stunning beauty of our river terrace suite and the view it affords. The main draw is the large private open-air hot spring bath that faces Kano river, and the woods. Wake up to the sounds of the forest from the lush comforts of your bed, before soaking in the river view from your private onsen, or from your sofa by a bay window. For our first stay in Shizuoka Prefecture, this was a magical introduction to another side of Japan.

Nippondaira Hotel, with 80 rooms on the property, masterfully maintains its tranquility — the hotel is anchored on the sprawling, serene garden surrounding it. But the property doesn’t just overlook the garden. Perched on the Nihondaira plateau, it grants guests majestic views of Mount Fuji, the city, and Suruga Bay from the six-metre wide panoramic window and balcony in the rooms. As a full-service hotel, Nippondaira Hotel has everything you need for a weekend of pleasure pursuits: A luxurious spa supported by an elite skincare brand, as well as multiple restaurants and lounges located at vantage points for taking in the sights.

As the last stop on our stay, Hoshino Resorts KAI Enshu is the epitome of the Japanese experience with its ryokan atmosphere. Rooms are built around a traditional, cultural lifestyle and hospitality. That’s not all. Every room also overlooks picturesque Lake Hamana and its surrounding hills, and features elements of authentic Japanese ryokan-living, with some rooms built with tatami flooring, and others featuring ‘enshu men-tsumugi’, a traditional weave using rare fabrics that are featured on shoji screens, lampshades, and cushions, among others. On its grounds, you’ll also find well-appointed public onsens for guests. For the full experience, check into the property’s star accommodation, which includes a room for tea-making sessions, or rooms with private wooden onsens accompanied by expansive lake views. Because Shizuoka is the tea capital of Japan, you’ll find yourself in a tea field with a gazebo at KAI Enshu’s courtyard, and at its lounge, a tea-tasting experience is available to teach guests on how best to enjoy green tea of the different seasons.

Hidden away in the forested foothills is Akino Fuku museum, named after Japanese artist Fuku Akino. The museum itself is a piece of art. Designed by Terunobu Fujimori, it’s built from cedar board and iron stone (Tenryu cedar forms the foundation of its structure), while the interiors feature walls plastered with straw. The result is a rustic property that matches its unusual approach to experiential art — you’re meant to experience the artwork barefoot and even from the floor. Its two gallery spaces are purposefully built with marble and rattan flooring for this purpose. Step out from the museum and you’ll see its most interesting feature: “Bōkurō,” a tea room that resembles a treehouse.

Fun fact: Shizuoka is the producer of about 80 percent of wasabi in Japan. The wasabi farm in Shizuoka is where most of Japan — and much of the world — gets its supply. We had a chance to meet with a seventh-generation farmer who has been in the trade for 40 years. The farm itself has been around for 350 years, and is tended to by 150 farmers. One of the oldest in the country, this plantation is framed by picture-perfect mountains. As we walk along the narrow and steep walkway, we were told by the owner the reasons for the farm’s bountiful harvest, and the secret to good wasabi. “It’s not just bitter or spicy. It has to have a hint of sweetness.”

Shizuoka’s central art and culture highlight is Clematis no Oka. The sprawling complex is gratifyingly serene. Walk through its manicured gardens — complete with blooming flowers and rose arches — and you’re immediately greeted by Giuliano Vangi’s work. The Italian artist is the main feature of the museum’s permanent collection and 49 figurative sculptures of his are found in the premise, dotting the gardens and its main gallery. Its current exhibition, Taizo Kuroda’s White Porcelain, features ceramic artworks dedicated to the artist’s journey with the pottery wheel and will end on 9 April 2019. The best way to enjoy the space at Clematis no Oka? Sit on a park bench while you take in the garden view, and keep a lookout for the clematis blooming in spring. Then, retire to the teahouse that’s nestled away near the gardens, or dine at Primavera, an Italian restaurant that provides a complete view of the gardens.

Mt Fuji World Heritage Centre honours the pride and joy of Japan. Set against the backdrop of the mountain, the main exhibition building greets visitors with its unique structure — an inverted cone and latticed exteriors that resembles the mountain in the reflection of the adjacent shallow pool. Inside, the museum has a host of interactive exhibitions to educate visitors. At its centre is Ascending Fuji, a 193-metre-long spiral ramp that lets you experience climbing Mount Fuji from the ocean via a time lapse. Also featured are different zones that spotlight the mountain’s magnificence in different ways, such as through art and literature and  spirituality.

The Tea Museum celebrates the prefecture’s pride and joy with diverse exhibitions that includes replicas of teahouses from all over the world, and tea leaves displays. There’s even a tea ceremony house that resembles the Fushimi Magistrate’s Office and the Takimoto-bo Dwelling of Iwashimizu Hachimangu, two buildings designed by Kobori Enshu, a tea master of the Edo period. If you’re looking to shop for Shizuoka’s finest green tea, the museum shop is your guaranteed destination for quality blends.

Nippondaira Hotel’s Fukian restaurant elevates Japanese dining with a tea-pairing experience helmed by a tea master. Our seven-course meal was served up with hand-blended teas, with additional teas infused with spirits and alcohol. Served in a tea room, the flavour profiles of each course was expertly paired with each blend, painstakingly prepared in a variety of temperature and flavour.

Forget everything you’ve ever known about soba. Soba Tagata is one of the most authentic places in Japan to experience the buckwheat noodles. Helmed by Chef Osamu Tagata, the noodles are made from scratch. He also tells us fondly that he sees soba as a a symbol of Japanese culture, and he makes them with pride, daily. Chef Tagata also served up specials like we’ve never had before, including tempura served with rock salt we had to grind ourselves.

Fugu, also known as puffer fish, is known as a deadly but delicious delicacy that’s relatively uncommon in Singapore. In Japan, this is a dish that has been savoured by her people for hundreds of years. At KAI Enshu, you’ll get to enjoy fugu in several forms: As sashimi dipped in ponzu and soy sauce, and also in a hot pot broth, eaten with vegetables and rice. This was served alongside a main course of unagi, and other dishes that included Chinese yam noodles, sea urchin and salmon roe, as well as an assorted array of foie gras wrapped with dried persimmon, and deep-fried water chestnut with Japanese pepper miso.

You never need to leave arcana izu’s premise for quality cuisine, as its in-house restaurant serves up exquisite French fare made with fresh, seasonal local produce. Book a spot by the open kitchen for a front-row view to all the action.  Our 10-course dinner was a sumptuous feast that began with tapas, artfully arranged on the branches of tree bark, and made with the district’s distinct produce that includes wild chicken, venison and Amago eggs. What followed were dishes that combined complex flavours in one good-looking dish, including a main of local beef served with jumbo mushrooms and walnuts, and a dessert that merged four types of oranges, with coriander ice cream and an orange butter.