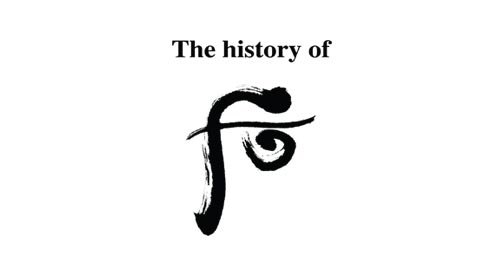 Presented by The History of Whoo
editorial

Style
Interview with Missoni’s Creative Director and President Angela Missoni
Pursuits
HSBC Jade debuts The Enrich List for its high-net worth clients
Pursuits
Artist Judy Chicago on feminism and building a goddess for Dior
Travel
Here’s a list of the most expensive suites in 2020
Sign up for our newsletter to receive the hottest news on beauty products, health topics and wellness experiences.

With more than 5 million bottles sold worldwide since its launch a decade ago,the Bichup Self-Generating Anti-Aging Essence has well earned its place as one of South Korean skincare brand The History of Whoo’s top-selling anti-ageing product – and for good reason.

Taking a holistic approach to skin issues, the essence from the signature regenerative Bichup line is designed to work from within, bringing skin to its natural best starting at the cellular level. As with all the brand’s products, it is anchored by the proprietary Gongjinbidan Complex, which works on strengthening skin’s resilience, and balancing the yin and yang energies in the body – much like the concept of Su Seung Hwa Gang, reportedly the secret imperial formula behind Empress Cixi’s clear, glowing, youthful skin.

In a brilliant tribute to the country’s cultural heritage and traditional architectural aesthetic, the 10th-anniversary edition of the Bichup Self-Generating Anti-Aging Essence evokes the grandeur of South Korea’s ancient royal court with a luxe design in two colourways. Taking inspiration from the Daejojeon, the Joseon empress’s private quarters within the Changdeokgung Palace, the jumbo-sized bottle (90ml instead of the usual 50ml) features golden butterflies, representative of an empress’s grace and beauty, flitting among peonies with crystal hearts, set against an outstanding shade of royal red or blue.

These limited editions come housed in equally stunning boxes. The 10th Special Edition (Red) sits pretty amid champagne gold satin in a red box with motifs matching those on the bottle, while the Twin Special Set (Red & Blue) presents two bottles – one in blue and the other, in red, side by side in a symbolic representation of the emperor and empress of the royal court – in an artfully crafted collectible box that harks back to the traditional collapsible folding screens of yore.

The Twin Special Set’s luxe satin-finished box opens to reveal four panels that majestically reinterpret two venerated South Korean artworks: the Painting of Phoenix and Painting of Crane – both were famed for being the last paintings presented to the royal court during the prime of the Joseon Dynasty.

The Painting of Phoenix features a flock of phoenixes in flight together with 10 traditional symbols of longevity, such as peonies, as well as rocks, a symbol of wealth, while the Painting of Cranes depicts 16 cranes flying towards a pine tree under moonlight, signifying the well wishes of longevity and peace.

The Power of three

The Gongjinbidan complex is complemented by a trio of supporting formulas that work together to give you your best skin yet.

Made from plant placenta, this derivative is said to pinpoint skin weaknesses and activate the right cells for repair.

This medicinal herbal formula protects skin and minimises the look of signs of ageing, keeping skin looking young and healthy.

beauty
skincare
the history of whoo
editorial
Talk to Me About: