From Empire To Legacy, Anita Dongre Is Relentless 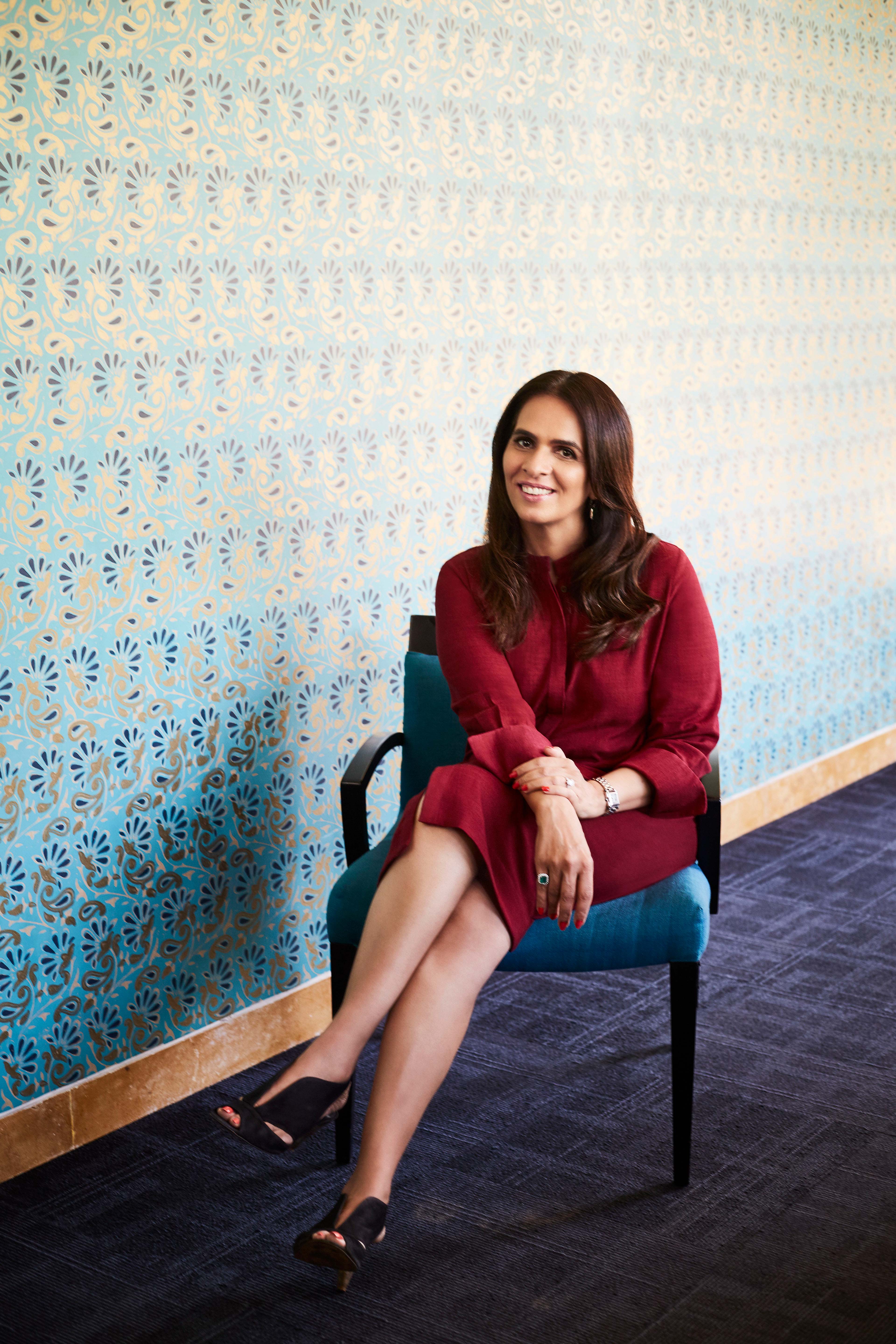 Style
From Empire To Legacy, Anita Dongre Is Relentless
Share
Next article

“I realised that time is running out and I cannot keep postponing what I need to do, and I need to do it now,” she says, when we speak on the phone. Dongre isn’t riding high on being the first to give Indian women a pair of denims that hugs their hour-glass shape to perfection, or being the only Indian designer to have dressed the Duchess of Cambridge, or even the first Indian-origin designer to open a flagship store in the US – Grassroot, in New York City’s Soho. Her biggest source of pride comes from helming an eco-conscious label with the sole purpose of supporting India’s artisanal clusters and keeping their traditions alive.

Dongre initiated Grassroot over a decade ago, but it was only in the summer of 2015 that she decided to launch the brand officially. “When the Self Employed Women’s Association [SEWA] NGO approached me, my initial reaction was sure, maybe in a few months, when I finish what I have on hand,” she says, stressing over the relentless and circuitous nature of fashion. “But when they insisted that the women really needed my design intervention and they need work, I realised the time is now,” says Dongre.

Across India, the history of hand-spun textiles and embroidery has been a part of the country’s fashion narrative since the very beginning, but it’s one that is easily taken for granted. “People don’t care about the precision, time and heart put into these clothes,” Dongre says, rueing the price-conscious and competitive market that is slowly killing its own history. In contrast, she discovered that the West is more receptive to artisanal traditions, allowing her to price her clothes at a premium, while still making them accessible.

While Dongre opened the fifth bricks-and-mortar Grassroot store in New York City in July this year (after the two each in Delhi and Mumbai), her journey to the West started almost a year ago with the now famous and perpetually-sold-out “Kate Middleton dress”. The Duchess of Cambridge was photographed wearing one of Dongre’s designs from Grassroot and a pair of earrings from her Pink City line during a royal tour of India and Bhutan in 2016. Hours later her e-commerce website crashed and Dongre was one of the most searched people on the internet.

“Till today we get enquiries for that particular dress,” says Dongre. “That dress is so loved and she’s so loved, it’s definitely been one of my defining moments.” With most of the demand coming in from the United States, she decided the time was ripe to take her brand beyond India.

Currently Dongre works with 300 artisans, but there are more than 15,000 listed under SEWA. Her goal over the next few years is to take Grassroot to a level where she can employ all of the artisans. But building a brand that focuses on slow and thoughtful fashion comes with its own perils. The past three years, Dongre says, have thrown her a sharp learning curve, demanding she unlearn and relearn everything she knows about fashion. “Not to mention a lesson in patience,” she adds. The journey for each design starts at her workshop in New Bombay, a township of Mumbai. The design sketches are then sent to the SEWA headquarters in Ahmedabad, Gujarat. From there, the pieces are dispatched across India, eventually reaching the artisans in their village homes. “It can then take anywhere from one week to two months for the artisan to work on the pieces and send them back to us,” says Dongre. The tight line of production means only 25-30 pieces per design are created. Dongre has also been conscientious in using these techniques strictly on contemporary clothing.

“For me it was very important to not use their crafts for Indian wear,” she says. “I wanted people to see how beautiful their work is and how beautiful India weaves are and yet keep the style classic and timeless.”

Dongre’s current collection is a soothing mix of luxe and wearable pastel-dominated timeless dresses, jackets, scarves and vegan footwear that seamlessly weave traditional with contemporary. She recently introduced a new line of stretch cotton with spandex that is handwoven on handlooms. “We are bringing together technology and craftsmanship. It’s truly an exciting time for us,” she says.

With one eye on the future, Dongre is constantly thinking ahead. Juggling five brands with unique identities, creating fresh collections for every season, while planning a store launch for Grassroot in California by early next year, and eventually bringing her beautiful bridal line to New York City – at 53, Dongre has never been busier. “Way back when I started out, I used to really work hard and I used to think to myself that one day when I’ll become a bigger business, I’ll employ more people and then I won’t have to work so hard,” Dongre says, bursting into a self-deprecating giggle. “I was a complete fool.”