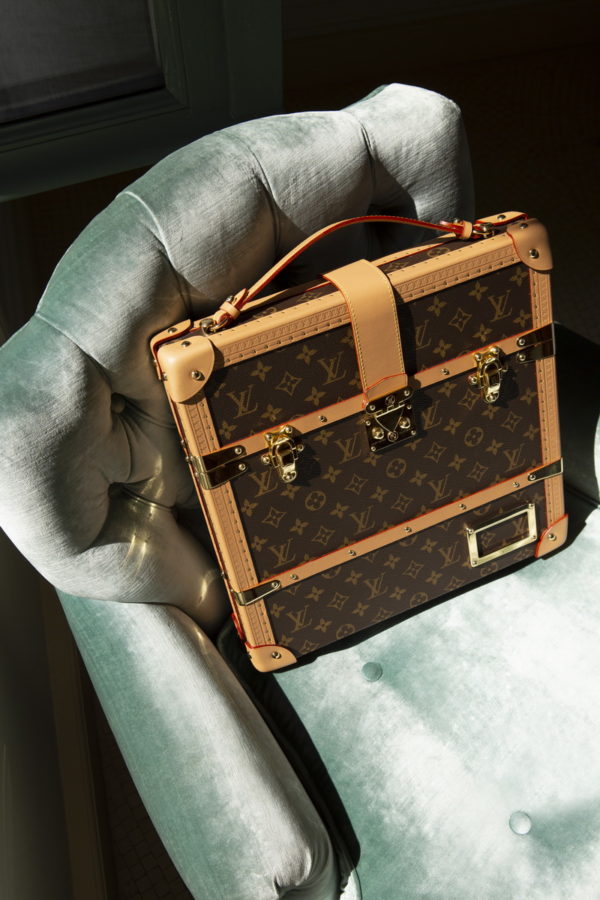 Louis Vuitton – the maison, not the man – was founded back in 1854 at the now storied Rue Neuve des Capucines in Paris, France.

By that time, Louis Vuitton already had 17 years’ worth of experience working with one of Paris’ most reputable layetier emballeurs, experts in the art of packing and protecting garments. But instead of simply leveraging his well-established credentials, Louis Vuitton went for radical innovation: Luggage pieces that would be lighter and stronger to meet the demand of travellers going faster and farther, while also being aesthetically striking. In other words, he aimed to stand apart from the competition to create pieces that would become true essential items.

Still in 1854, Louis Vuitton started covering trunks with a light yet resistant canvas known as Gris Trianon. It quickly became a signature of the maison and was even called Vuittonite. Next came the creation of the first flat topped, rectangular trunk which could easily be stacked. While this might sound obvious, at the time rounded-top trunks were commonly used.

It goes without saying that copycats and imitators soon followed. So, Louis Vuitton began to focus on the covering fabrics of the trunks to convey the maison’s identity. In the early 1870s Louis Vuitton trunks used a red-striped canvas, which gave way to the Damier check in 1888. Then in 1896 the Monogram canvas was born. The design – created by Georges Vuitton – combined the founder’s initials with abstract floral shapes. Then in 1906, Louis Vuitton started creating trunks in the style that today’s shoppers would instantly recognise.

A particularly interesting element in this saga is Louis Vuitton’s Asnières atelier in the Parisian suburbs, which has created a wealth of exceptional, custom-made pieces for over a century and a half, and continues to do so today. The atelier’s creations range from explorer Pierre Savorgnan de Brazza’s famous “Trunk Bed” for his expeditions in 1905 to last year’s Louis Vuitton x League of Legends Trophy Travel Case.

So, wherever you travel to and whatever you might be carrying – whether it’s your daily essentials for a much-needed holiday, a delicate bouquet of flowers, your watch collection, a game to while away the time, or even the FIFA World Cup – Louis Vuitton can create the perfect trunk to accompany you.

Sign up to get the latest luxury and lifestyle news delivered to your inbox.
Joezer Mandagi
Fashion