Sneaker economics and how to navigate the billion-dollar industry 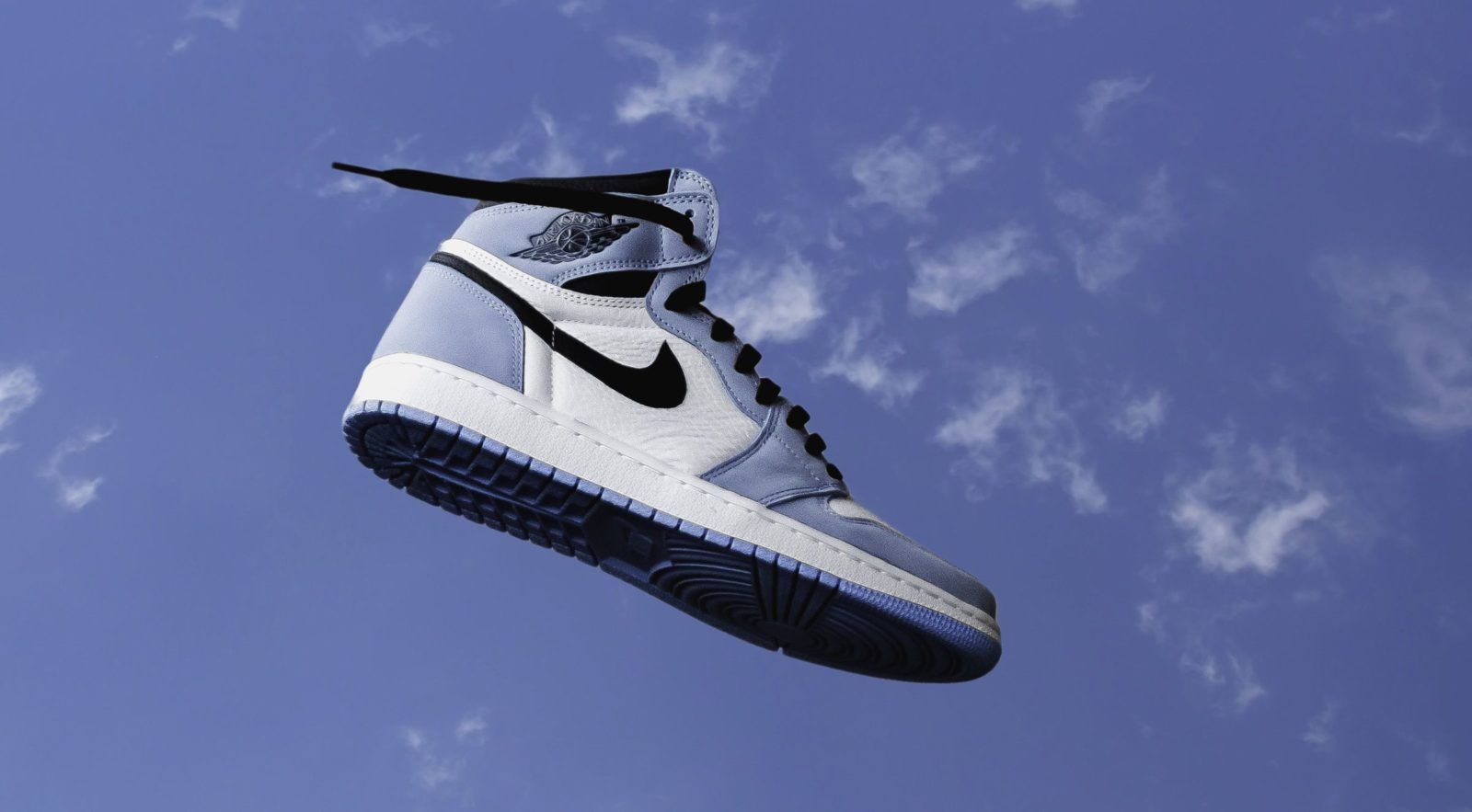 Sneakers, once a symbol of athleticism, have transcended their primary function.

At some point decades just after the world started paying attention to what Michael Jordan wore to his basketball games, sneakers became a $79 billion industry and a fashion symbol of our time. From sportswear to couture houses, sneakers have not only made their mark as cultural commodities but also literal ones.

In July 2020, right at a peak of a global pandemic, an online prize draw was held to decide which lucky few would win the privilege of spending US$2,000 on the latest Air Dior trainers. A couture house was releasing a pair of sneakers, the world’s most expensive at the time, during an economic “pause” caused by the cessation of global trade resulting from Covid-19.

The Air Jordan is considered the Rosetta Stone of sneaker history, catching that transcendental moment of athletic greatness in the 1980s boosted by Jordan’s gravity defying stunts on the courts while debuting Nike’s “Air Sole” technology. Sure, they inspired amateur B-Ballers to His Airness’ choice of athletic footwear but also inspire the luxury fashion industry? No one would have guessed.

Suffice to say, Air Dior’s hype was unexpected, not even by designer Kim Jones, who himself is an Air Jordan obsessive, owning over 40 pairs. Then, 1 July came and went, and the “Wolf Grey” Air Jordans with Dior’s own distinctive “oblique” logo overlaid on the iconic swoosh, sold out in seconds.

The first luxury link-up in the Air Jordan’s 35-year history fundamentally altered the sneaker landscape hitting highs of US$28,000 on StockX. Though auction prices have fallen to more “manageable” levels, they’re still north of five figures. Augustman spoke to Richard Xia, CEO and cofounder of Novelship, a trading platform that solves problems (namely availability and authenticity) with buying and selling sneakers and streetwear, on a new development that some have dubbed “Sneakernomics”.

Sneakers have become one of the hottest globally traded assets, on par with commodities like gold and coveted luxury products such as Hermès bags, how did this happen?

Sneakers as an investment asset is a global phenomenon, and as for the Asian market in particular, it is the fastest-growing. Personally, I feel that this is due to the rise of Gen Z and millennial consumers who are also more fashion-conscious and reaching their peak in terms of spending power, allowing them to afford exclusive products. Another thing that makes sneakers one of the hottest traded assets, is that sneakers are a catch-all – they have a great aesthetic, very comfortable to wear and flexible.

Something like a pair of Dior Jordans can sell for up to US$10,000, and it was previously as high as $28,000. Are there market fundamentals to this sort of stratospheric valuations or is it purely consumer sentiment?

I think there are two ways to think about this. One, is always going back to the demand and supply. I feel that consumer sentiment plays a part in the demand and supply but the main source that is driving the price is demand and supply. In this case, Dior and Nike are both coveted brands, and it is not a common collaboration, which means that there are only a few thousand pairs released globally. Naturally, the pent up demand for such collaborations is very high. That’s the market fundamental for why the resale price is higher. The reason why the resale price is higher than others is because of the way it is manufactured, for example the sneaker silhouette is Nike but the material is Dior.

Celebrity collabs usually involved superstar athletes, now it looks like anyone can get into the game and be “hype”. Just what makes a collaboration successful? Are all collabs sure things?

Lil Nas “Satan” shoes weren’t even that attractive and eventually Nike asked him to stop using their shoes. What happened there?

In my opinion, attractive is subjective and depends on the individual’s preference. The shoes were indeed very popular and it became a big deal, I think from a PR perspective for Lil Nas, it was great. It blew up online and was sold out in a short period of time. Obviously, Nike didn’t feel so hot about this. And the biggest reason is the inherent incompatibility between the “satanic” and “dark” vibe of Lil Nasʼ release and Nikeʼs branding as a hip and youth brand for families.

High-fashion brands from Gucci to Balenciaga are setting the pace in the luxury sneaker market, when did that stop being “selling out”? How has luxury managed to go street?

Over the years, luxury fashion houses have witnessed some brands such as Supreme, Stüssy or even Off -White gaining success by co-opting streetwear. These brands broke down the boundaries between streetwear and luxury and presented a huge potential and growth of the market. Once these luxury brands saw the popularity of such collaborations and partnerships, especially among the younger generations, they started to pivot their strategies and worked with streetwear brands. A simple proof of this is a look into the outlets of the big luxury brands. It’s all streetwear and sneakers now.

What does a diversified portfolio of sneakers look like? How do you build a winning portfolio?

Before you begin, it’s important to understand sneakers as investment and that it is different from common types of investments such as stocks, bonds, etc., where you would be advised to have a diversified and balanced portfolio to reduce overall risk profile so that you can achieve more consistent returns over time. However, in my opinion, I would advise against a diversified portfolio of sneakers as you wouldn’t be able to make any profit. If you would like to reap big gains from your sneaker investment, whether short-term or long-term, you would need to take a leap of faith and make a bet.

How can you tell what “drops” will do well or what will hold value?

The reality is that some sneakers do really well while others do not. However, most sneakers don’t completely fail, which means it’s relatively safe as an asset. For a first-time venture into reselling or investing in sneakers, it’s best to go for a classic pair such as the Nike Air Jordan 1 Retro High OGs. No matter the silhouette, colourway or models, the Air Jordan 1 High tends to hold its value really well and is most likely to increase in price.

Another type of sneaker worth investing in would be the Nike SB dunk or a sneaker collaboration with a designer or celebrity. One of the most valuable releases we had last year was the Nike x G Dragon PeaceMinusOne 2.0, which was an Air Force One release with Peace Minus One G Dragon.

I would say that the hype is real, as it definitely did certain things right to leave such a lasting impression on the consumers.

What are some of the common or unique counterfeits you have seen?

Based on my experience, the two common counterfeits are Yeezy and Air Jordan 1. As for unique counterfeits, we have seen very realistic and good quality sneakers due to the materials being used or that they were hand-stitched. However, such unique counterfeits are not as common as the production would be costly and you might buy it at almost retail price or even higher.

Some vintage watches accrue in value when there are misprints or mistakes. Is it a similar phenomenon with sneakers?

Absolutely, and it happens all the time. I think the important thing to determine the value is based on the demand and how rare it is. By nature, misprints are discovered quite quickly and the batch of misprints would be the final ones of its kind so the price will go up drastically.

Can you have your cake and eat it? aka “what’s the point of cool sneakers if you can’t wear them out”?

I believe it is possible, as this helps you become a better collector or even a reseller. You need to develop a good eye to spot good sneakers or gain enough experiences to know what would be popular. Otherwise, it would be challenging unless you’re a sneakerhead or have a very strong interest in sneakers.

As for what’s the point of cool sneakers if you can’t wear them out? ‒ I’d ask the same question to people who collect expensive art, how they would pay millions of dollars just to display it in their house. I think it is the same logic. There are sneakerheads and collectors who would encase their collections in crystal domes and display them as art pieces. To them, they don’t think of them as sneakers but as a way to express their creative freedom.