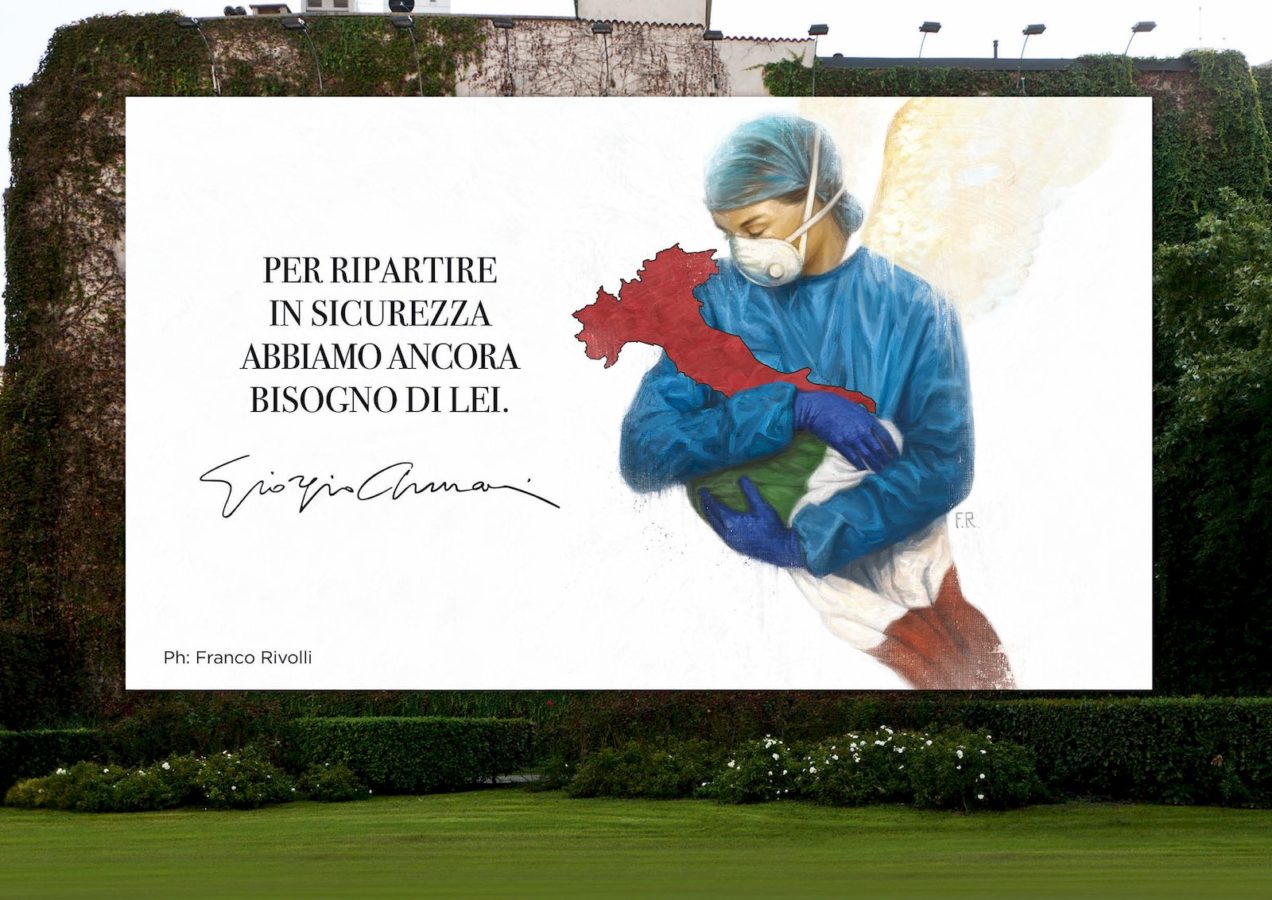 The Armani Group is restarting safely with new measures and initiatives.

Italian fashion designer Giorgio Armani continues to show his appreciation for all healthcare workers in the frontline. On 18 May (Monday), the Armani Group released an image of a doctor with wings cradling the map of Italy in her arms with the words Per Ripartire In Sicurezza Abbiamo Ancora Bisogno Di Lei (meaning “to restart safely we still need her”). This painting symbolises the continuous fight against the Coronavirus by healthcare workers around the world and is the work of Franco Rivolli, which can be seen as a mural at Via Broletto in Milan as well as Armani Group’s social media.

In Japan, the Armani Ginza Tower’s facade decorated with a bamboo motif is also illuminated in blue, a colour used by the Japanese people to “express gratitude to the people working in the medical industry for their great works fighting against the Coronavirus.”

That’s not all. For cities such as Milan, Paris, Munich, Beijing, Hong Kong and Sydney that have reopened their stores after lockdown measures were lifted, the Italian fashion giant is donating 10 percent of all proceeds from the sales of its Spring/Summer 2020 collection to charities in the respective cities.

In the meantime, the group continues to produce disposable medical overalls. Production, however, will be transferred from Aramin-owned factories in Trento, Carrè, Matelica and Settimo Torinese to sub-supplies in Italy and other countries that are under the direct responsibility and supervision of the Armani Group, according to an official release.

There’s something special about this Fendi Peekaboo