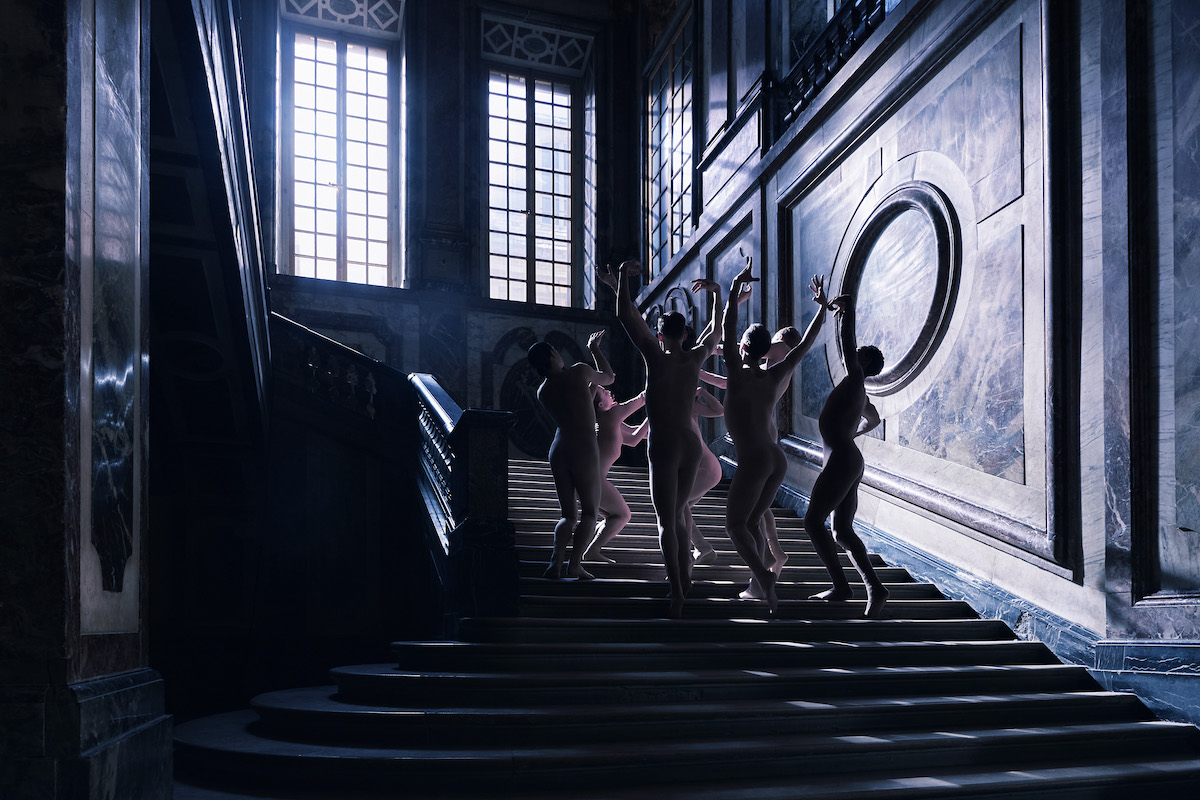 Better known for his work in menswear, Kim Jones made a surprise crossover when he was appointed Fendi’s new artistic director of haute couture, ready- to-wear and fur collections for women in September 2020. While maintaining his role as Dior Men’s artistic director, he debuted his ready-to-wear show in March.

Spanning 54 looks, Jones drew inspiration from the archives, where old leather luggage coloured his palette, and Selleria stitching embellished his clothes. From the five Fendi sisters’ wardrobes, he recast the pinstripes of their workwear in feminine silk, while elevating Silvia Venturini Fendi’s utilitarian shirt jacket into a shearling iteration that can be reversed to reveal a bonded mink interior. He incorporated the omnipresent Karligraphy monogram and the architectural heel for his new Fendi First shoe from his legendary predecessor Karl Lagerfeld. Jones’ own touches include marbled silk and handmade rosettes from his previous haute couture creations, but what’s highly anticipated is the new artistic director’s take on fur. His exploration of ethical treatments led to upcycling with leftover fox pieces that were collected and hand-sewn together by artisanal family-run laboratories in Greece. Last December, Chloé handed the creative reins to Gabriela Hearst, and made history appointing the first non-European female designer with a multicultural heritage (born in Uruguay and based in New York). Hearst continues to run her eponymous label as she sets out to sharpen Chloé’s focus on sustainability.

In her debut 30-look collection dedicated to Gaby Aghion, unveiled on what would have been the founder’s 100th birthday, her first look introduced a puffer-meets-poncho outer she dubbed “puffcho”. The inventive hybrid spoke volumes – it succinctly exemplifies her modus operandi of creating new designs from existing materials. Recycling is major, plus, with the elimination of polyester and viscose, the collection is reportedly four times more sustainable than last year’s. Hearst also partnered Sheltersuit to design a backpack that provides immediate shelter to the homeless with repurposed and upcycled materials bearing prints by previous house designers. Apart from exerting renewed ethical consciousness and a higher purpose, she paid tribute to Aghion’s signatures such as scalloped detailing and broderie anglaise.

Last year, the pandemic-driven bond with nature manifested a spectrum of earthy hues as people sought comfort in season-proof shades. For Autumn/Winter 2021, designers are leaning into lilac as women rediscover femininity in the new norm. A cross between purple and pink, the muted colour shows it’s more than just a pretty face, segueing from a slinky Givenchy number to a cool-girl Chanel tweed suit.

Maria Grazia Chiuri’s third collaboration with Sharon Eyal explores the world of fairy tales in the Palace of Versailles. The Israeli choreographer’s dance troupe unveiled the presentation before performing alongside the models in the dreamy presentation, as if personifying the collection’s darker subconscious. After elevating the sombre mood of Pierpaolo Piccioli’s monochromatic collection with her haunting renditions of Sinead O’Connor’s Nothing Compares 2 U and Rose Royce’s Wishing on a Star, the British singer-songwriter held a special post-show performance, accompanied by Orchestra Sinfonica di Milano Giuseppe Verdi at the historical theatre Piccolo Teatro Grassi. Mirroring today’s social media-driven generation, the Next Chapter show revisits ’90s Dolce & Gabbana with humanoid robots from the Istituto Italiano di Tecnologia (IIT) on the catwalk. The iCub is built to understand how the human brain develops. The R1 will take IIT’s progress in robotics into commercial and service applications, and possibly homes and hospitals in future.

Queens of the crop

The midriff is this season’s hot spot as cropped tops go from adding va-va-voom to daywear to oozing sexy after-dark cool. Fendi leads the charge with cosy ladylike knits, while Gucci gets graphic with a studded leather top.

The quilt is having a moment this season, showing off a myriad looks such as Longchamp’s geometric triangles and Chloé’s scalloped lines. Its growing sartorial heft proves that padded pieces can go beyond outerwear.

If there’s one thing designers agree on, it’s that there’s always room for some razzle-dazzle. Whether you prefer subtle sprinkles or heavy metal, the allure of the shimmer is hard to resist as even covered-up numbers join the flash dance.

This story first appeared on the September issue of Prestige Singapore.