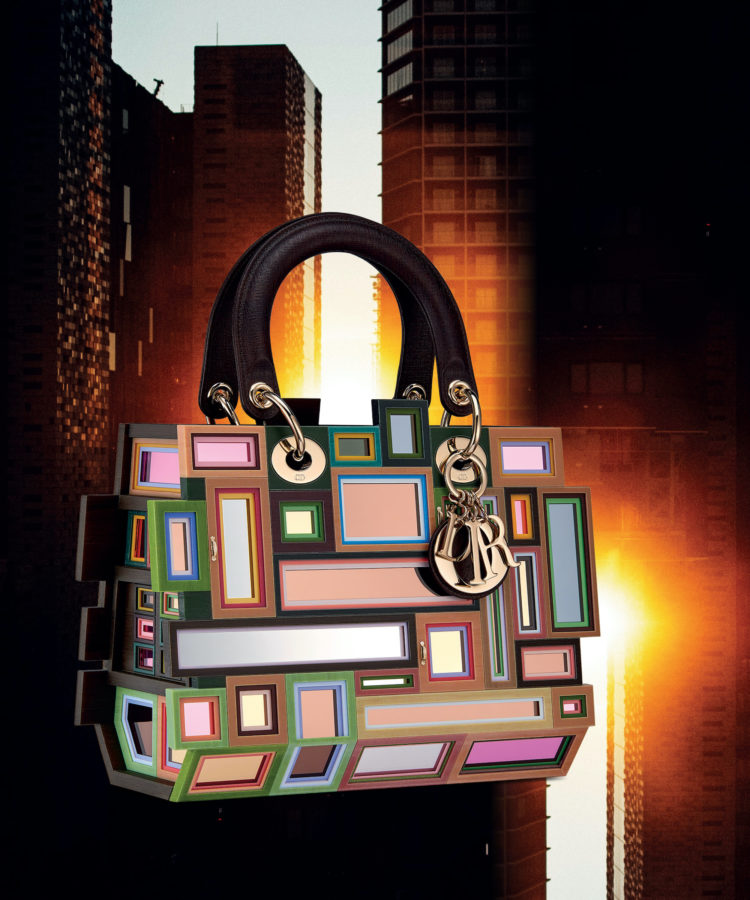 In the fifth edition of Dior Lady Art, the annual collaboration where artists around the world are invited to flex their creative muscles on the iconic bag, one particular interpretation stands out.

The limited-edition Lady Dior by Beijing-based Song Dong, an acclaimed figure in Chinese conceptual art, is especially striking with his distortion of the bag’s rectangular silhouette. Christened the “Windows Bag”, it revisits his works that featured discarded wooden window frames. Growing up during China’s reform and its opening up in the ’80s, the window symbolises freedom for the contemporary artist.

The graphic composition of wood-effect resin, inlaid with multicoloured mirrors, endows the Lady Dior with transformative powers as she metamorphoses according to light, shadows, places and faces in Song’s call for the rediscovery of oneself: “The Windows Bag puts the world it is in outside of it and coexists with the world in the bag.”

To celebrate the launch of the latest Dior Lady Art, the house has also released a new podcast series in the Dior Talks universe that features all the artists involved in the project, namely Joël Andrianomearisoa, Judy Chicago, Gisela Colón, Bharti Kher, Mai-Thu Perret, Recycle Group, Chris Soal, Claire Tabouret, Olga Titus, and, of course, Song Dong. Hosted by journalist Katya Foreman, each episode unveils the artist’s creative process in transforming the emblematic bag. There is also a special episode dedicated to the extraordinary destiny of the Lady Dior bag, a virtuoso ode to freedom and excellence.