Drawing inspiration from  Jean Cocteau, the Chanel Cruise 2021/22 collection by Virginie Viard marries cinematic visual with a monochromatic palette into a play of light and shadow.

According to Viard, “the simplicity, the precision and the poetry of Cocteau’s film made me want to create a very clean collection, with a very distinct two-tone, made up of bright white and deep black”. This fascination towards one of Chanel’s greatest friends has thus given birth to a collection whose black and white tones aptly brings the maison’s designs to life.

Not just the looks, but the setting too, has been deliberately chosen as a nod to Cocteau’s Testament of Orpheus, whose dramatic mise en scène of the man with a black horse’s head against the white walls of Carrières de Lumières translates into the essence of the 21/22 Cruise collection.

It is thus for this reason that Carrières de Lumières in Les Baux-de-Provence was chosen for this distinctly graphic show.

“Because Gabrielle Chanel was close to Cocteau, and I love the film Testament of Orpheus. In particular, this magnificent scene: a man with a black horse’s head descends into the Carrières de Lumières, his silhouette cut out against the very white walls.” – Virginie Viard 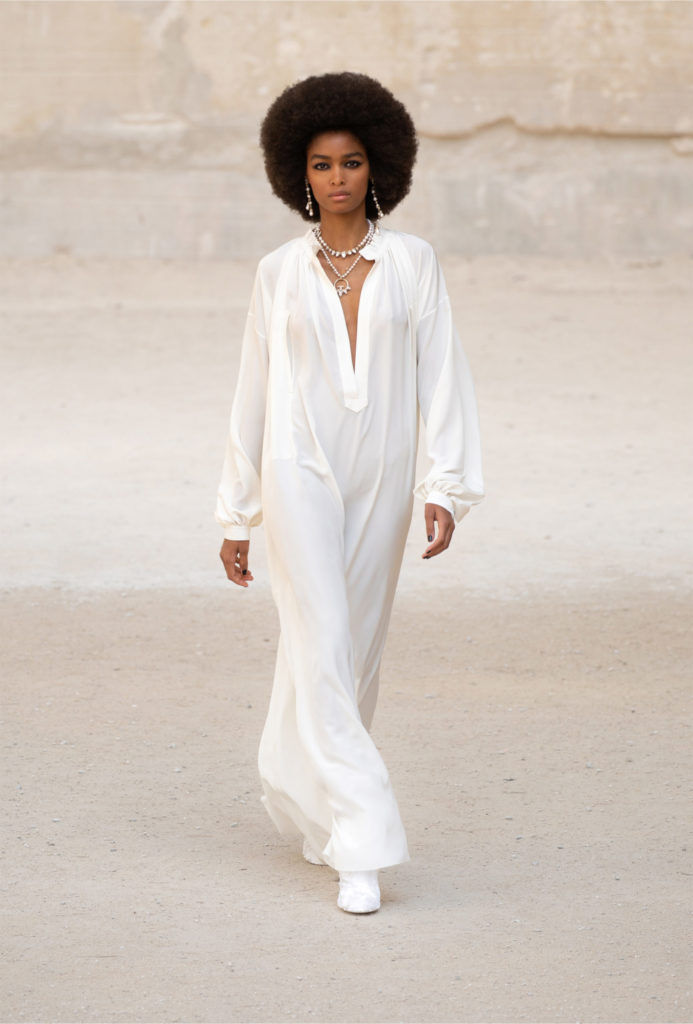 Cocteau’s and Chanel’s love for light and shadow is translated into the design of Chanel’s most recent Cruise collection, where long white shirt-dress juxtaposed against black macramé capes, white tweed jacket and black dress in velvet and leather with accessories of dazzling charms.

There is certainly an influence of punk and sixties modernity, with plenty of leather fringes, beads and sequins with braid-trimmed tweed suits and pointed silver Mary-Janes. According to Viard, these are sensibilities inspired by the “extreme modernity of Cocteau’s film”.

The press kit, too, is reflective of Cocteau’s and Chanel’s friendship. Photographed by Inez & Vinoodh in 31 rue Cambon, Gabrielle Chanel’s recently restored apartment, the six outfits photographed for the press kit feature motifs and symbols that hark back to Chanel’s favourite bestiary and her circle of friends, including Jean Cocteau himself.

“Because it was there that Gabrielle Chanel housed her favourite bestiary, her lions, female sphinxes, but also deer, which are printed, along with other symbols of the House, on a long negligee-style dress in pink-beige and black crêpe. It was also in this apartment that she received her close friends, including Jean Cocteau.” – Virginie Viard. 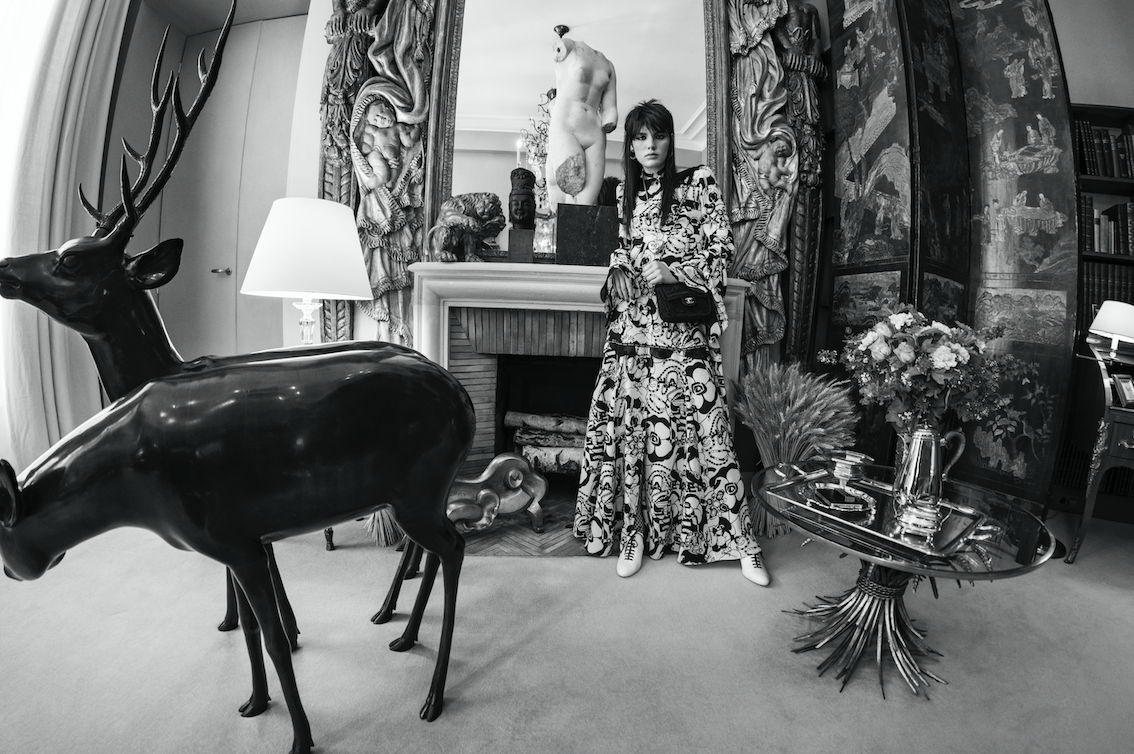 The collection is yet another example of the ephemeral boundary that separates fashion and cinema.

Chanel pays tribute to its iconic No 5 perfume with a 55.55-carat diamond necklace