City, Hourglass or Le Cagole: which Balenciaga bag is right for you? 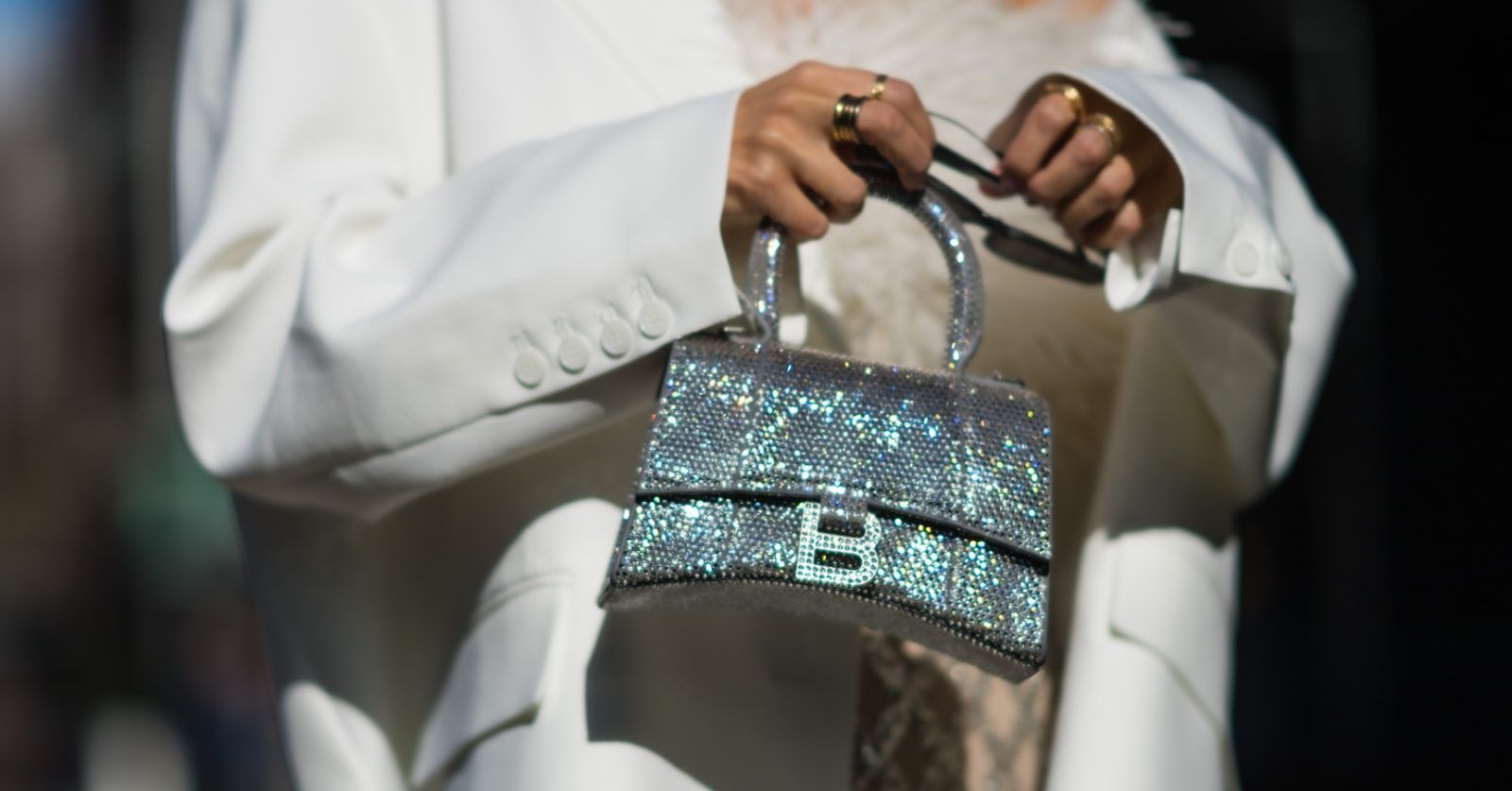 Style
City, Hourglass or Le Cagole: which Balenciaga bag is right for you?
Share
Next article

Welcome to the era of Balenciaga, the fashion brand that seemingly everyone is wearing.

It’s the one thing that divorcees Kim Kardashian and Kanye West can actually agree on, with her regularly sporting the brand’s second-skin bodysuits and sock boots, and him occasionally ditching his Gap puffer for a Balenciaga one. Justin and Hailey Bieber complete their couple dressing with Balenciaga sneakers, while Rihanna has demonstrated a new love for Balenciaga’s baby bump-friendly jackets.

But let’s not forget the bags: from the It-girl favourite Le Cagole to the office-ready Neo Classic, Balenciaga has a handbag for every occasion and every personality. Seriously, you could start a drinking game and take shots every time a Balenciaga bag pops up on your Instagram feed. The hype is definitely real, as fashion search platform Lyst shows us through its lists of most-wanted products in the world. You may have been simply curious about getting a Balenciaga bag before, but now you’re caving in with your credit card ready.

Where should you begin your Balenciaga bag collection? Below, we take a look at the styles that are on everyone’s radar and why they’re perfect for you (or not).

The Balenciaga City bag (also known as the Motorcycle bag) hardly needs an introduction. Designed by Nicolas Ghesquière, the City entered It-bag territory shortly after its launch in 2001. It was embraced by the biggest influencers in fashion at the time, including models like Kate Moss and Gisele Bündchen, magazine editors Emmanuelle Alt and Carine Roitfeld, and the Olsen twins. What added to its cool-girl appeal was that it had the attitude of a leather jacket: it looked better when it was rough around the edges. Now that the rock-chic aesthetic of the 2000s is back in fashion, it’s no wonder the Balenciaga City bag is making a return. Show everyone that you know your fashion history by toting a pre-owned style. 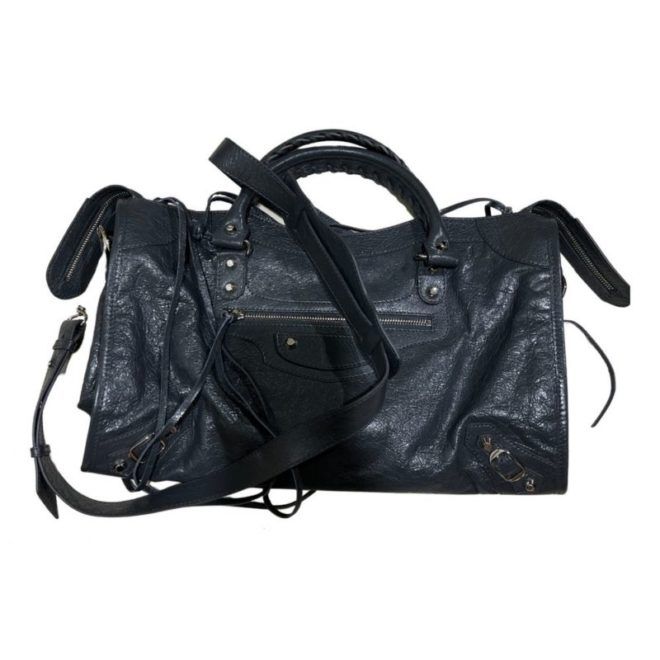 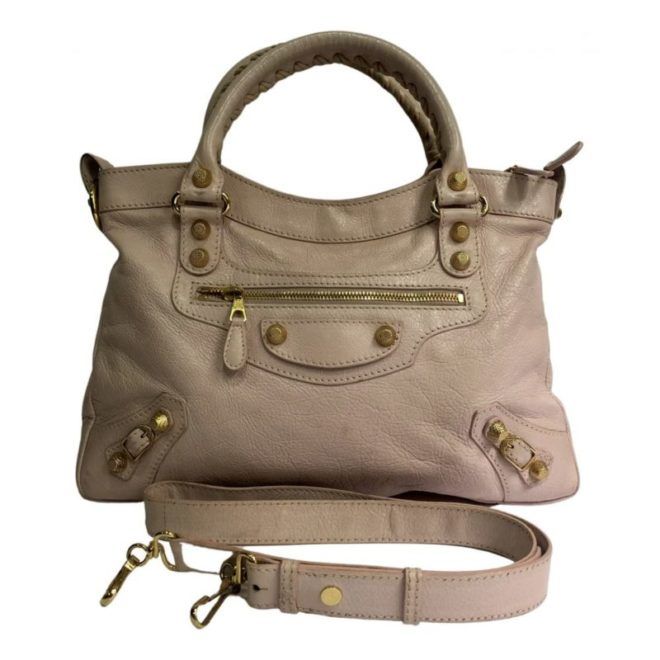 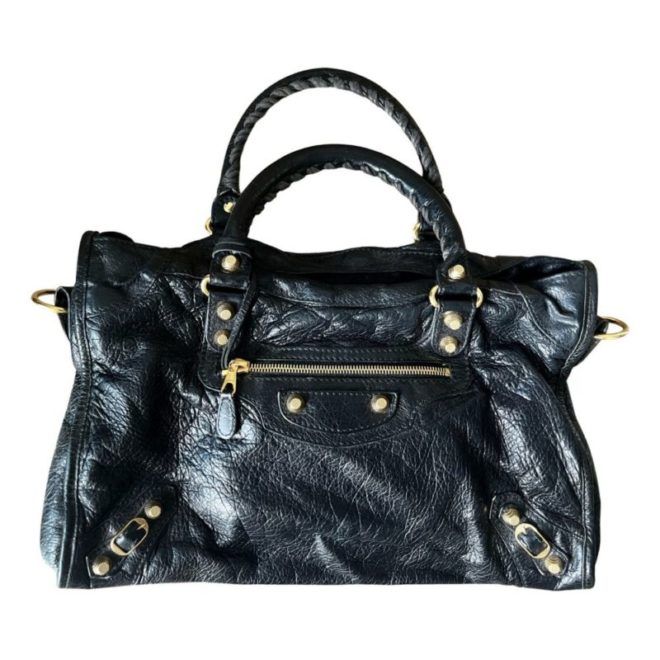 We are certainly not short of choices for baguette bags today, but what sets Balenciaga’s Le Cagole apart is that it oozes with edge. Living up to a name that refers to someone who believes that “more is more”, the bag is distinguished by its braided leather handle, its pleated leather panels, its studs and hardware, and even a heart-shaped mirror charm. Since launching last year, Le Cagole has drawn just as many celebrities for fans (Dua Lipa, Julia Fox and Kim Kardashian among them) as its spiritual sister, the Balenciaga City bag, did back in its heyday. If you’re into ripped jeans and leather boots, the Le Cagole will fit right in your wardrobe. You could also opt for the metallic styles for a touch of glam, or choose a pastel-hued one that tones down the bag’s toughness. 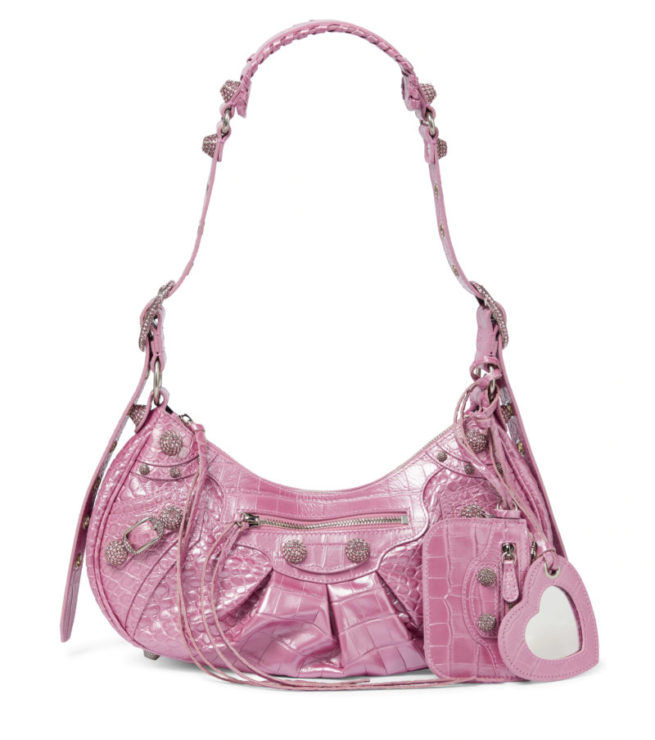 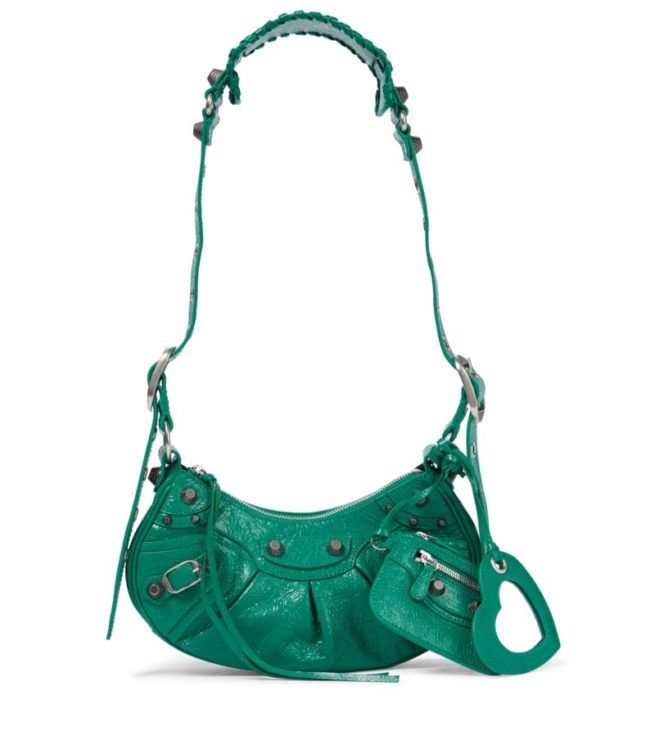 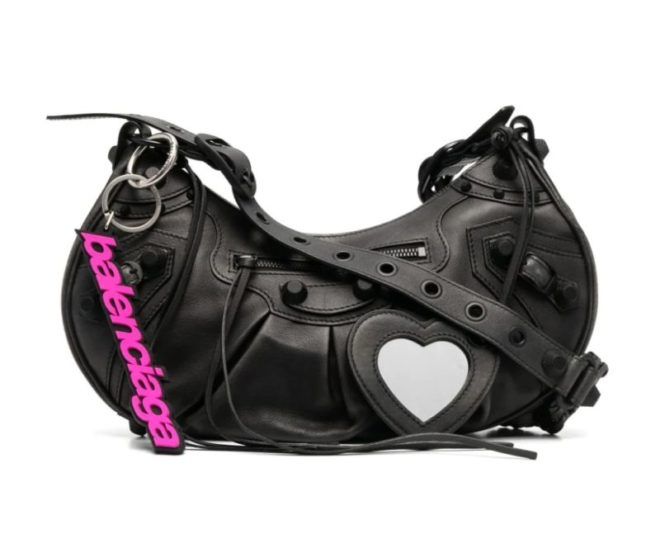 The Neo Classic is the City handbag, all grown up. Launched in 2020, it offers a more refined look through its structured shape, although it did keep the City’s studs and braided handles. While the City was the bag to be seen with during wild nights out, the Neo Classic is the one you could actually bring into work the next day. That’s especially true of the bags in medium and large sizes, which are roomy enough to keep your laptops in. From Monday to Friday, you can’t go wrong with the Neo Classic in neutral hues. For weekend brunches, though, you’re better off with the Neo Classic Mini in playful colours like pink, blue and red. 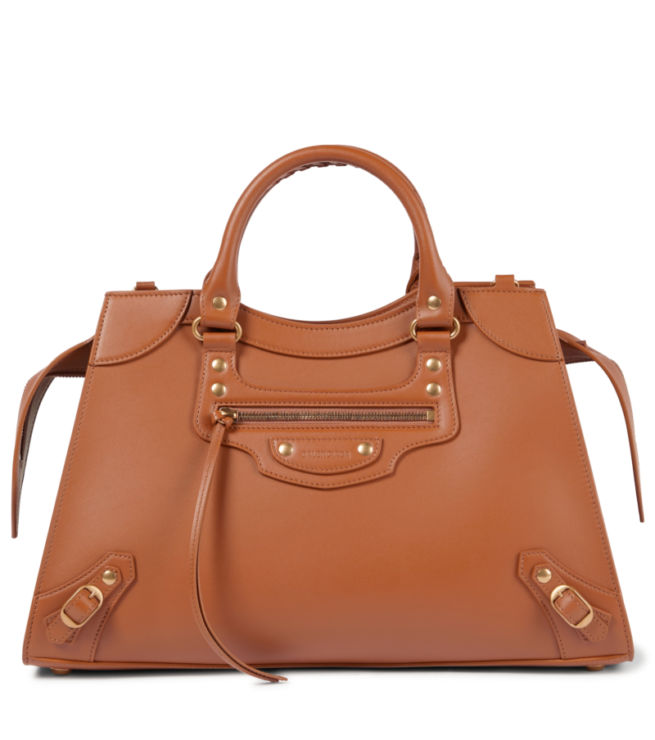 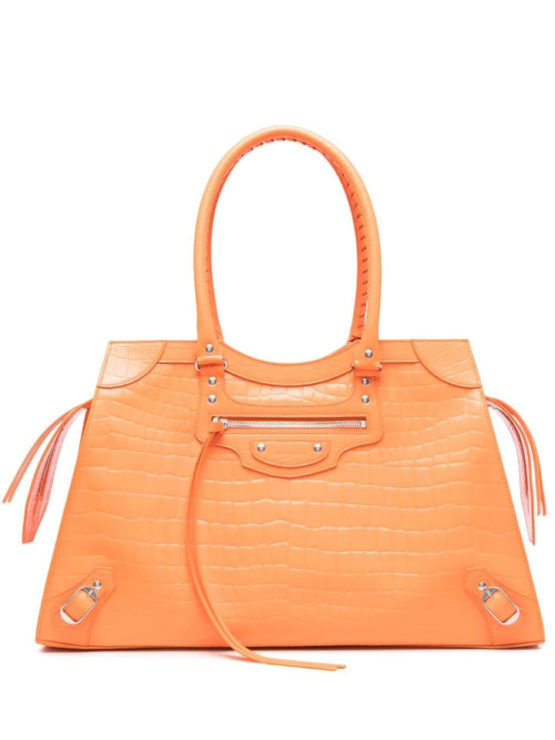 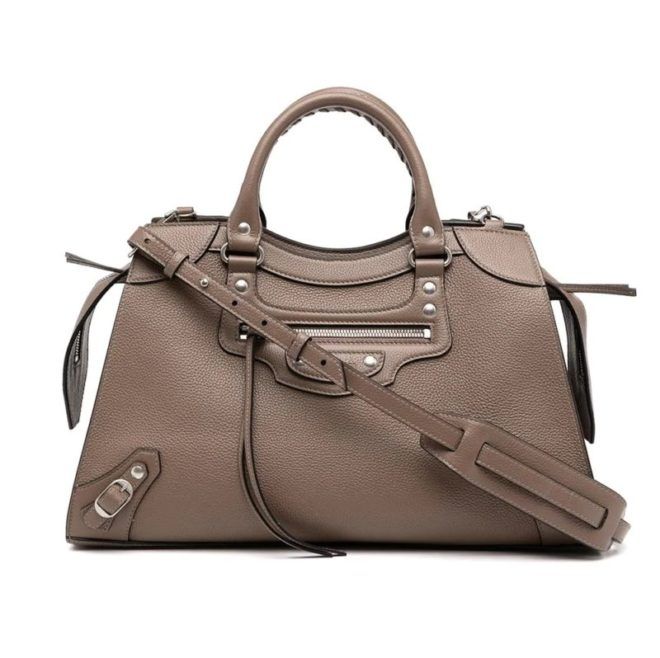 Like Balenciaga’s Matrix-style sunglasses and pointed Knife heels, the Hourglass handbag cut through the clutter of new designer handbags with its sharp silhouette. It was first offered in 2019, and has since become a staple for Kim Kardashian, Hailey Bieber and more. Boasting a curved base, smooth edges and a single ‘B’ hardware, the bag is a sleek and modern option for anyone who is bored with nostalgic It-bags. The Neo Classic is sexy and sophisticated — perfect to pair with your date night dresses — and it’ll make a statement in croc-embossed leathers. 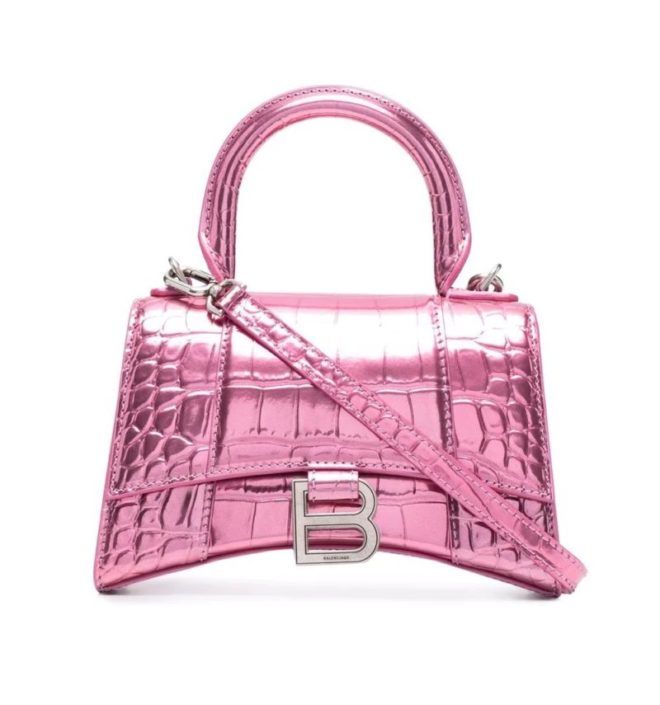 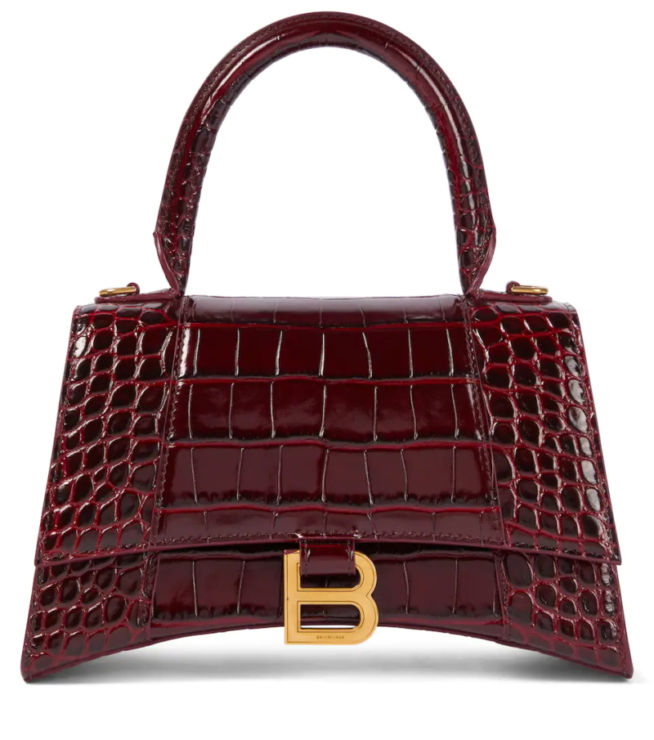 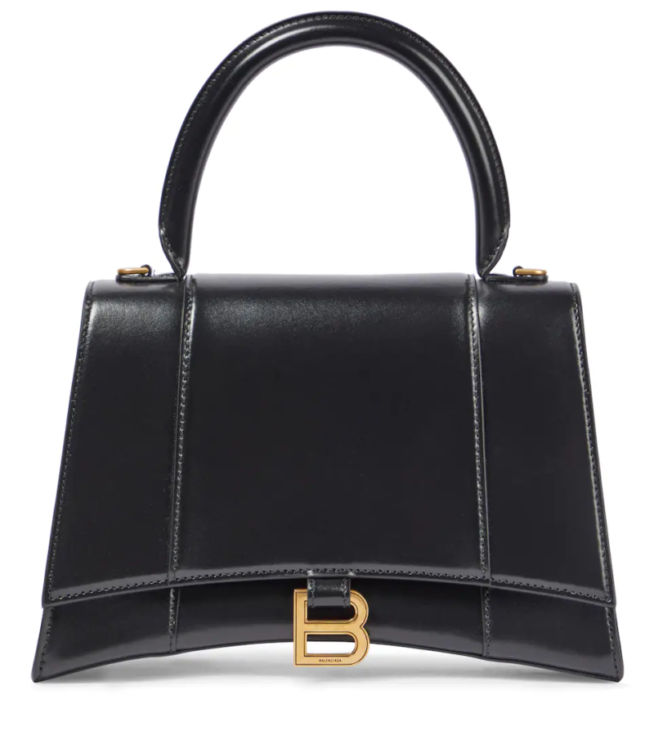 Where the Hourglass is sharp and structured, the Downtown is soft and sometimes, slouchy. The Downtown still shares that unique, contoured shape of the Hourglass, but it trades the top handle for a shoulder strap that turns it into an everyday bag. It’s the bag that you can turn to if you want to own a piece of Balenciaga without committing to its edgy, sci-fi- and subculture-inspired aesthetic. With an array of colours and sizes, including styles with chain handles, you’ll certainly find a Downtown bag that suits your style. 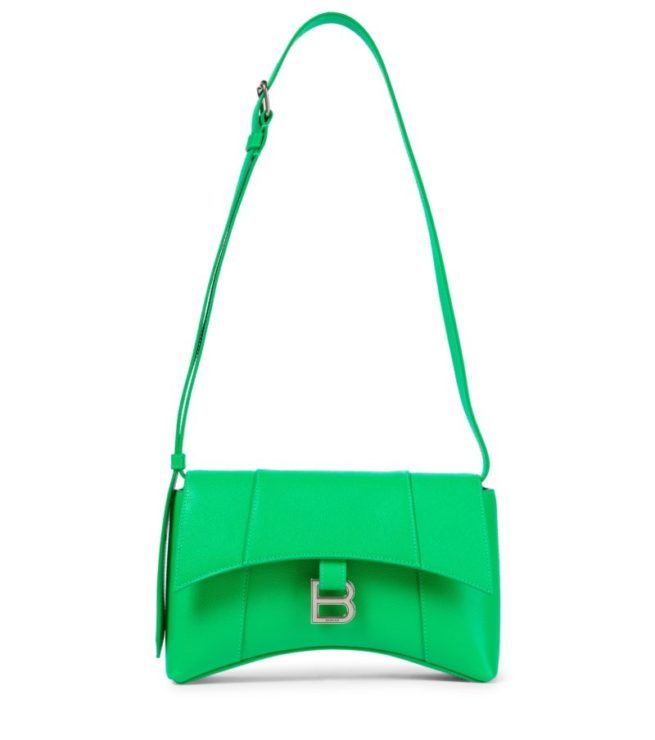 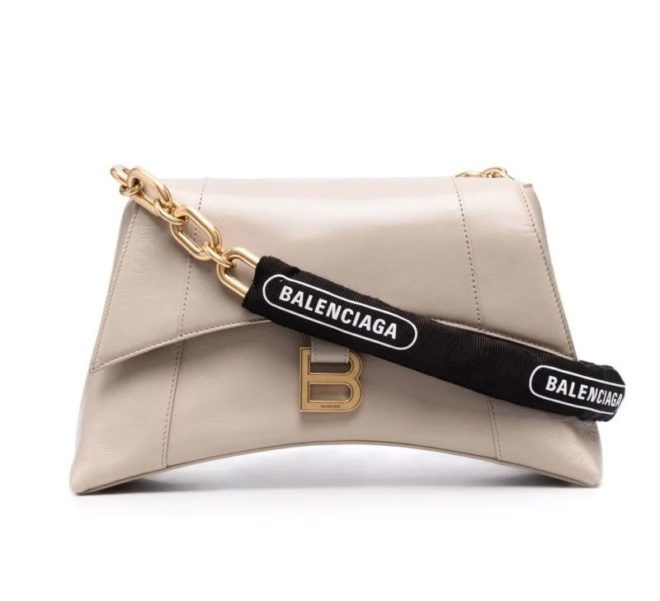 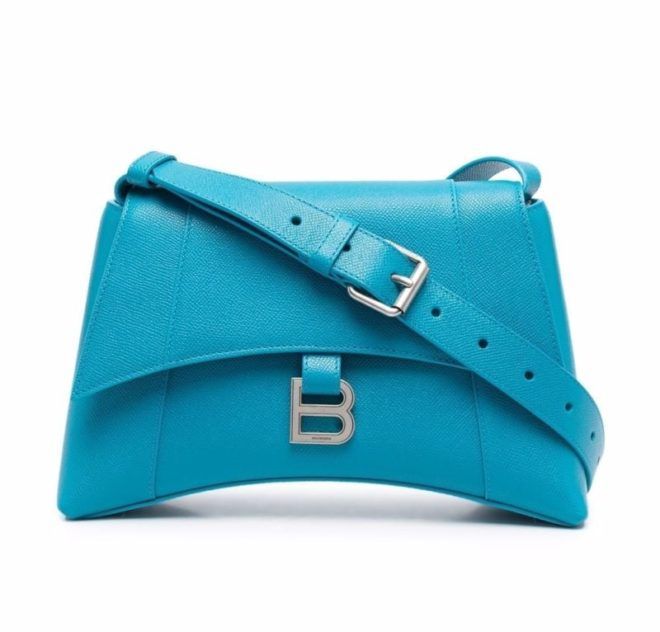