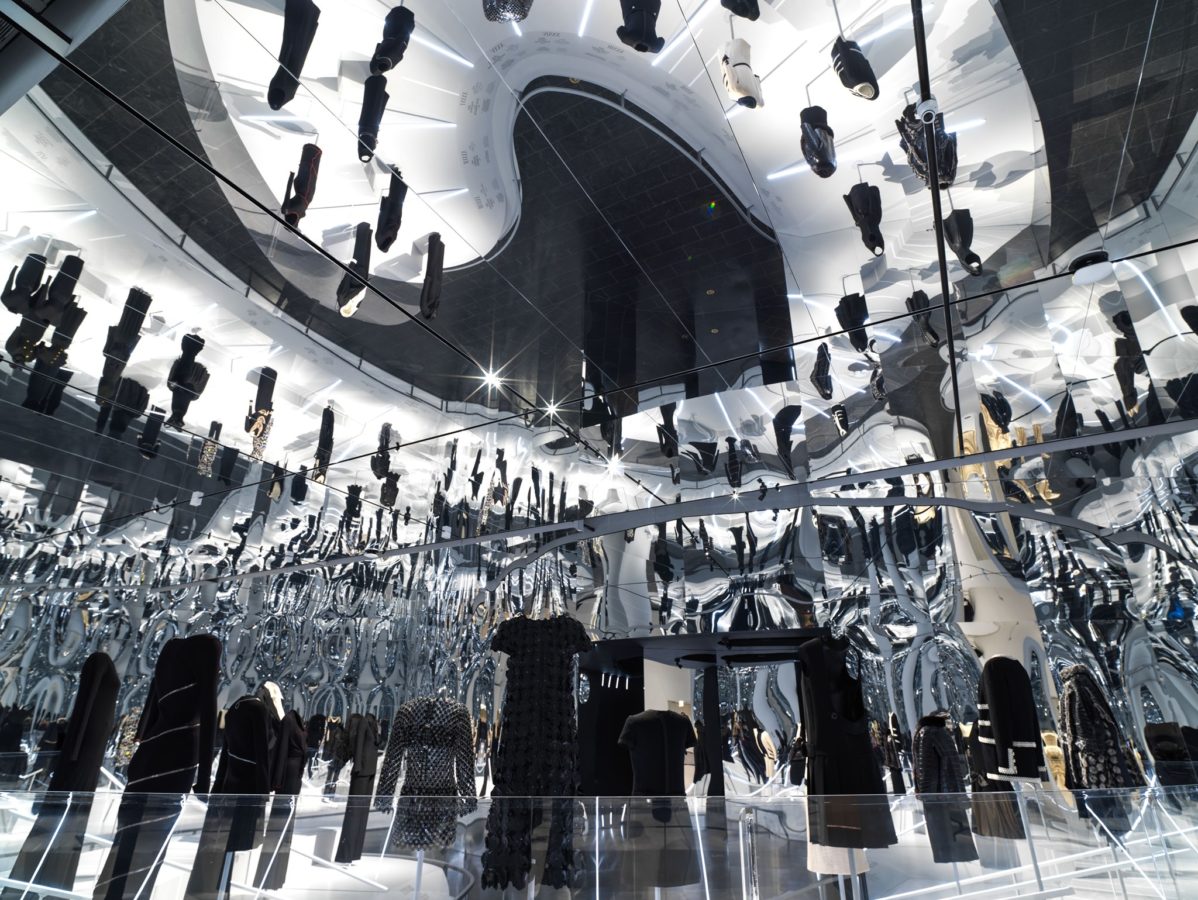 Fashion’s past and present commune at New York’s Met

Whether by repetition, rupture or reinvention, fashion has always maintained a complex relationship to time, a link New York’s Met (Metropolitan Museum of Art) is exploring in a new exhibition.

The show, delayed for months by the pandemic, was also tweaked last minute to take into account the Black Lives Matter movement that galvanised the nation this summer. Normally the city’s social event of the year, 2020’s Met Gala organised by Vogue Editor-In-Chief Anna Wintour — which usually opens the costume exhibit — was cancelled, like every major indoor gathering since mid-March.

To fete the 150th anniversary of the Met, Andrew Bolton, head curator of the Costume Institute, aimed to highlight the museum’s own collection that includes 33,000 pieces of clothing and accessories. “When I began working on the show, it started off as this sort of meditation on fashion and temporality,” he told a press preview of the exhibit entitled “About Time,” which will run until February 7, 2021.

But Bolton didn’t want to focus on chronology, instead presenting concepts in pairs — two pieces, two parallel time periods with similar aesthetics, for a 124-piece show featuring a single gown to close. “By having past and present coexist together, it sort of takes you outside of the confine of chronology and makes you think about time very differently,” Bolton said.

For Max Hollein, the Met’s director, “fashion captures, like very few other art forms, a time and a spirit — and projects it forward.”

The concept creates an ongoing dialogue between older pieces that date back as far as the 1870s — when the Met was founded — and more recent items from the 1960s and beyond. Elements common in 1870s-era wardrobes are seen again in the work of modern designers considered particularly innovative, including Alexander McQueen, Yohji Yamamoto and John Galliano. Certain cuts, buttons, sequins, embroidery or lacing — formerly signs of opulence and particular social status — are now tools of novelty with purely aesthetic significance.

“Fashion is always for the movement, always about this succession of time and notions of, novelty and ephemerality and sometimes obsolescence and that’s one aspect of time,” Bolton said. “But at the same time fashion looks back on itself often.”

With shorter skirts and dresses and cuts that flow rather than restrict, modern designers give a contemporary edge to older pieces, like the iconic Chanel jacket. A mini-skirt pairing gives the piece a facelift, thanks to the innovation of Karl Lagerfeld, a master of reinterpretation.

Today’s designers play with a far wider spectrum of materials than were available to their predecessors, thanks to technological progress and the evolution of use and taste. Raf Simons embellishes a 2013 black strapless bustier dress with the satin flowers of Hubert de Givenchy (1957) — but in leather, a material only in recent decades popular with womenswear. And sometimes older styles stand the test of time: Yves Saint Laurent’s tuxedo for women, for example, or his belted mini-dress of 1966.

Forced to postpone the show six months, Bolton decided to modify it in light of the enormous anti-racism protests that followed the police killing of George Floyd in May. The original version, he said, included “some designers of colour… but not a huge amount.” Bolton said he and Wintour worked together closely to make the tweaks.

Vogue’s doyenne has faced accusations since June from some collaborators — and recently in a lengthy article in The New York Times — of long favouring fashion created by and for white people, and sidelining people of colour at Conde Nast. Wintour, 70, attended the press preview of the exhibit but didn’t say a word.

“Undoubtedly, I have made mistakes along the way, and if any mistakes were made at Vogue under my watch, they are mine to own and remedy and I am committed to doing the work,” one of fashion’s most powerful figures told the Times recently.

Changes at the exhibit include a contribution from Black American pioneering designer Stephen Burrows, next to a Xuly.Bet dress from the Franco-Malian designer Lamine Kouyate. Bolton vowed the intitiative would not be short-lived, saying all exhibitions will now include diversity efforts.

Virtual Group Tours for “About Time: Fashion and Duration” are available by request. Visit the exhibition page for more information.