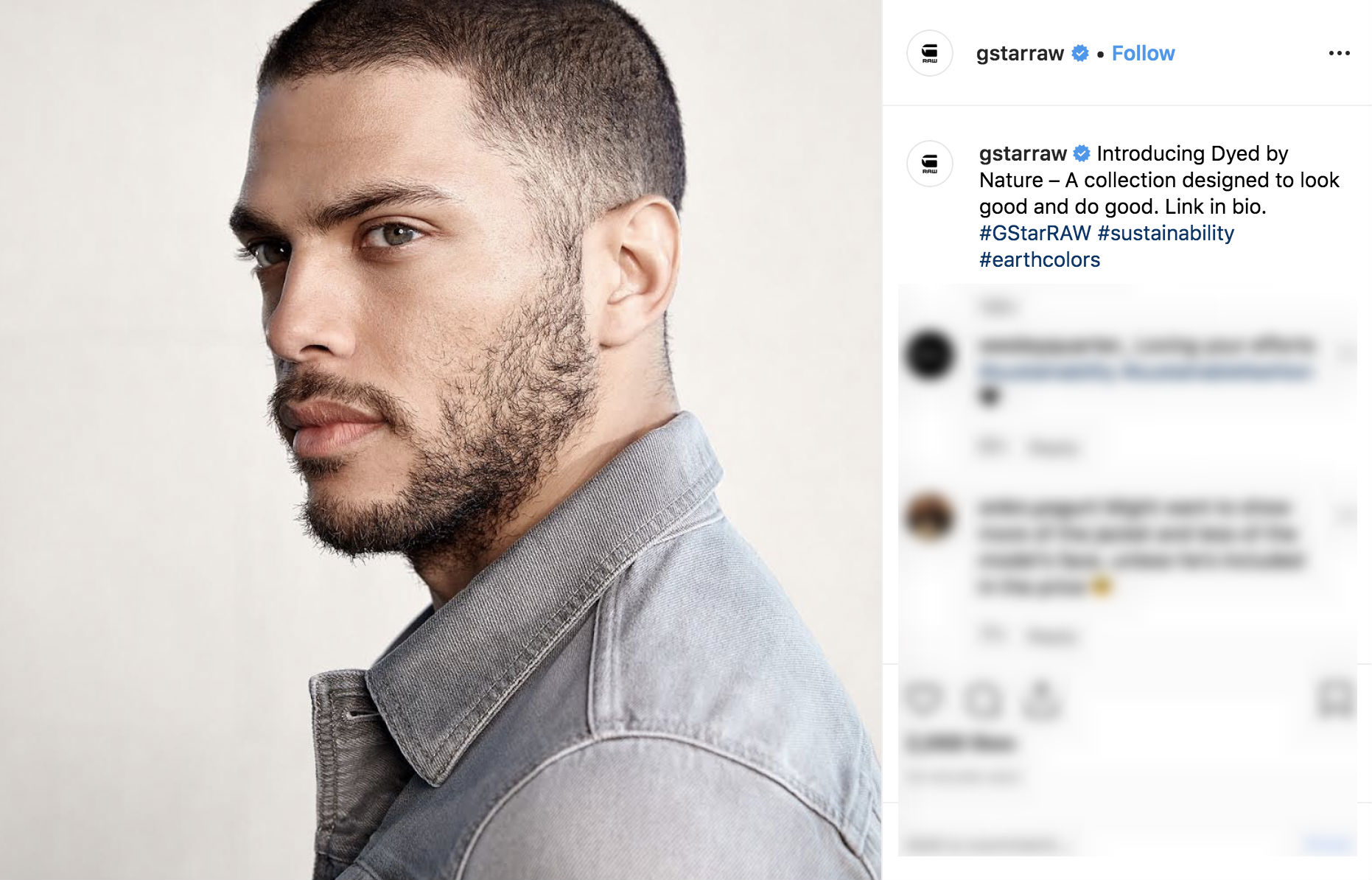 The Dutch fashion brand has joined forces with the Swiss chemical company Archroma on the creation of a sustainable new fall collection dubbed ‘Dyed By Nature‘, as reported by WWD.

The series spans separates such as jackets, sweatshirts, jeans and t-shirts for men and women, all dyed with natural ingredients such as upcycled saw palmetto leaf leftovers and beetroot waste that the brand promises are “traceable from earth to product.” The result is a range of pieces in soft, earthy hues such as tea rose, navy blue and olive green. But it isn’t just the dyes that are eco-friendly: the line has been fabricated using materials such as organic and recycled cotton, as well as Tencel.

Because nature dyed it. All garments from our Dyed by Nature collection have been dyed with upcycled plant waste. #transparency #sustainability #GStarRAW

The collection is the fruit of an ongoing collaboration between G-Star Raw and EarthColors by Archroma, which was kickstarted back in 2017 when the duo paired up on a line of sustainably-dyed jeans. And it is the latest in several attempts by the brand to focus on environmentally friendly fashion, following on from a ‘G-Star RAW for the Oceans’ collection made back in 2014 using recycled plastic, and its ongoing ‘Renewed’ denim concept — first launched in 2012 — that sees jeans given more than one chance at life.

G-Star’s concern for the environment puts it in fashionable company. Earlier this month, Adidas and Stella McCartney unveiled a 100 per cent recyclable hoodie created from garment waste and a biodegradable tennis dress. June saw the fashion behemoth Chanel take a minority stake in the green chemistry company Evolved by Nature, which uses liquid silk in the creation of high-performing textiles as a natural alternative to harsh or toxic chemicals, and Gap announced plans to use only sustainable cotton by the year 2025.