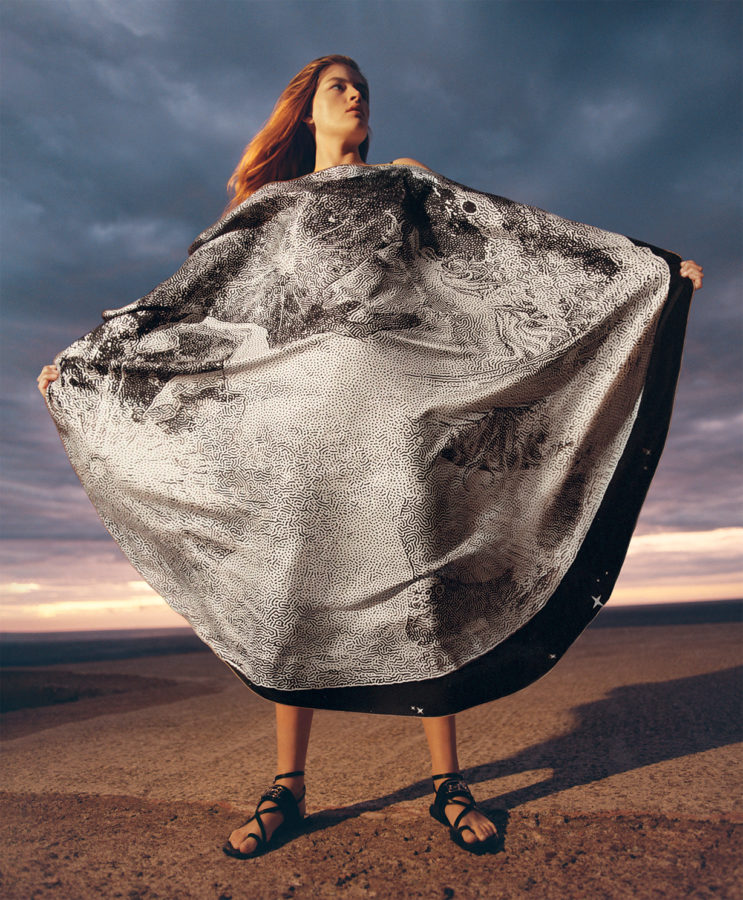 The first silk scarf Hermès made was a large carré (or square) created by Robert Dumas, the son-in-law of Emile Hermès, in 1937.

Based on a woodblock print, Le Jeu des Omnibus et de Dames Blanches, as it was called, featured horse-drawn carriages circling players at a gaming table. Since then, there have been thousands of breathtaking designs by numerous artists, each one a work of art.

“Whole stories unfold across the surface of this square silk page,” author Nadine Coleno wrote in her book The Hermès Scarf: History and Mystique. More than that, a scarf takes about 18 months to complete, from hand-drawing the artwork to colour correction and hand-silkscreening.

For spring/summer 2020, delightfully rich hues of blue, orange, pink and red dominate this season’s colourways, with visually arresting prints of mixtapes, footballers’ legs, a tiger, a spacecraft, and more. The latest collection also introduces never-before-seen formats, including double-faced scarves with different versions of the same design printed on both sides of the carré, and a round scarf depicting a hidden side of the moon (see below). Click through the gallery below for our picks of the most spectacular pieces that look just as splendid hanging in a frame on the wall as they would be draped around your neck.

Leïla Menchari: A tribute to the French-Tunisian designer behind Hermès’s magical window displays

Creative director of Hermès petit h Godefroy de Virieu: It is not about numbers but dreams