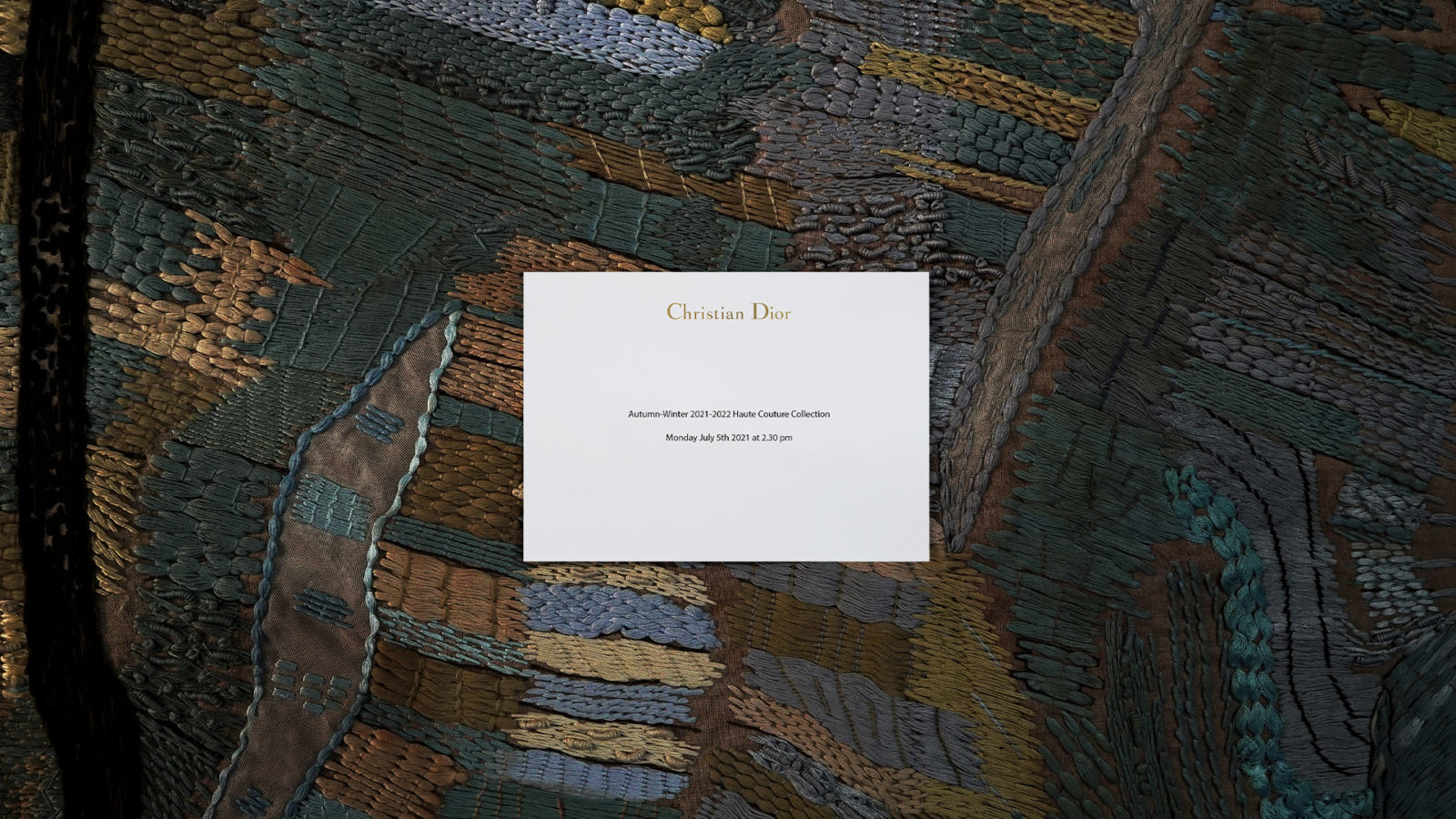 Paris Couture Week is back, and Dior is leading the return of runway shows for its latest haute couture collection.

You may recall that Dior’s last two couture presentations were done digitally, on account of the pandemic. For the first Paris Digital Couture Week in 2020, the Maison unveiled its artistic gowns through a cinematic short film that depicted models as nymphs, mermaids and other fantastical creatures. Dior also presented a trunk of miniature creations, a nod to the travelling Théâtre de la Mode showcase that was used by designers in the wartime.

For S/S 2021, Dior again tapped on the fashion film format, this time doing so to interpret the tarot. The archetypes of the major arcana cards were represented through different looks, while the film itself followed a woman along a journey of self-discovery.

For its upcoming haute couture presentation, which will be unveiled later tonight, Dior is coming back down to Earth. “I wanted to create a collection that is less narrative, more conceptual; able to be both a reflection and an investigation of something,” shared creative director Maria Grazia Chiuri. “I therefore focused on the materiality of textiles that becomes a form in its own right, and on the subversive language of embroidery.”

Textiles will also play a role in the setting of the show. Dior has tapped French sculptor Eva Jospin to create a series of embroidered silk panels for the runway backdrop. This will mark Chiuri’s latest collaboration with a female artist, continuing her focus on feminism and championing women’s crafts.

Discover what else the collaboration entails when the fashion show goes live today, 5 July. The Dior haute couture F/W 2021 collection will be presented to a physical audience, but you can join the virtual one through the livestream below. Be sure to tune in at 8.30pm (Singapore time) to catch the show right when it premieres at Paris Couture Week.