Off-White most luxurious handbag yet is inspired by the Louvre 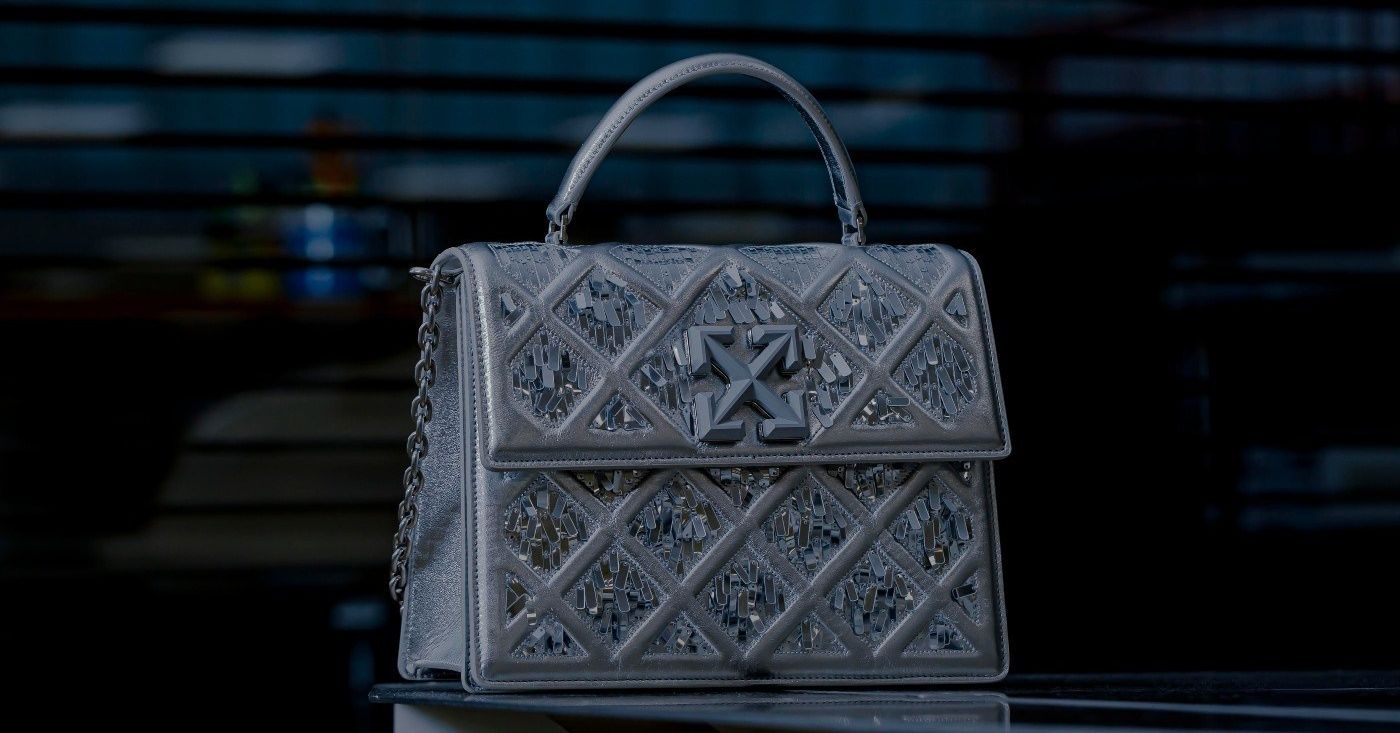 Off-White has offered various takes of its 2.8 Jitney handbag in the past, but its latest edition is something of a masterpiece.

Maybe even worthy of displaying in the Musée du Louvre, which the new bag is going under the hammer for.

It’s a part of Christie’s “Bid for the Louvre” auction, which aids the historic French museum’s social and educational programs. The money raised from the auction, which also includes one-of-a-kind offerings from Cartier, Dior and Vacheron Constantin, will go to a new space that is set to open in late 2021.

For its part, Off-White pays homage to the iconic Louvre Pyramid through its signature top-handle bag, which has been sported by the likes of Kaia Gerber and Dua Lipa. Creative director Virgil Abloh has stripped the bag of its ironic markings (such as the phrase “CASH INSIDE”) and instead given it a very shiny makeover meant to reflect the Pyramid’s glass and metal façade.

The Louvre-inspired 2.8 Jitney handbag is made from laminated silver Italian lambskin leather, which Abloh has specially embossed to resemble the Pyramid’s metal structure. For good measure, the designer also covered the bag in silver sequins, making it sparkle as brightly as the Pyramid at night.

Whoever gets their hands on this collector’s item will also be rewarded with tickets to an upcoming Off-White fashion show next year. Given that it’s one of the bigger spectacles at Paris Fashion Week, with the likes of Bella and Gigi Hadid regularly walking the runway, we’d say it’s a pretty good deal.

Bidding for the 2.8 Jitney bag has a started off at a steep €4,500 (S$7,286.62), and will continue for the rest of the week until the auction ends on 15 December. Other popular — and pricier — lots from Christie’s sale are a bespoke Louis Vuitton fragrance, which comes with its own leather travel trunk; a custom miniature dress from Dior, in the style of the Maison’s last haute couture show; and a Panthère de Cartier bracelet in diamond, onyx and emerald.

Discover the “Bid for the Louvre” auction here.