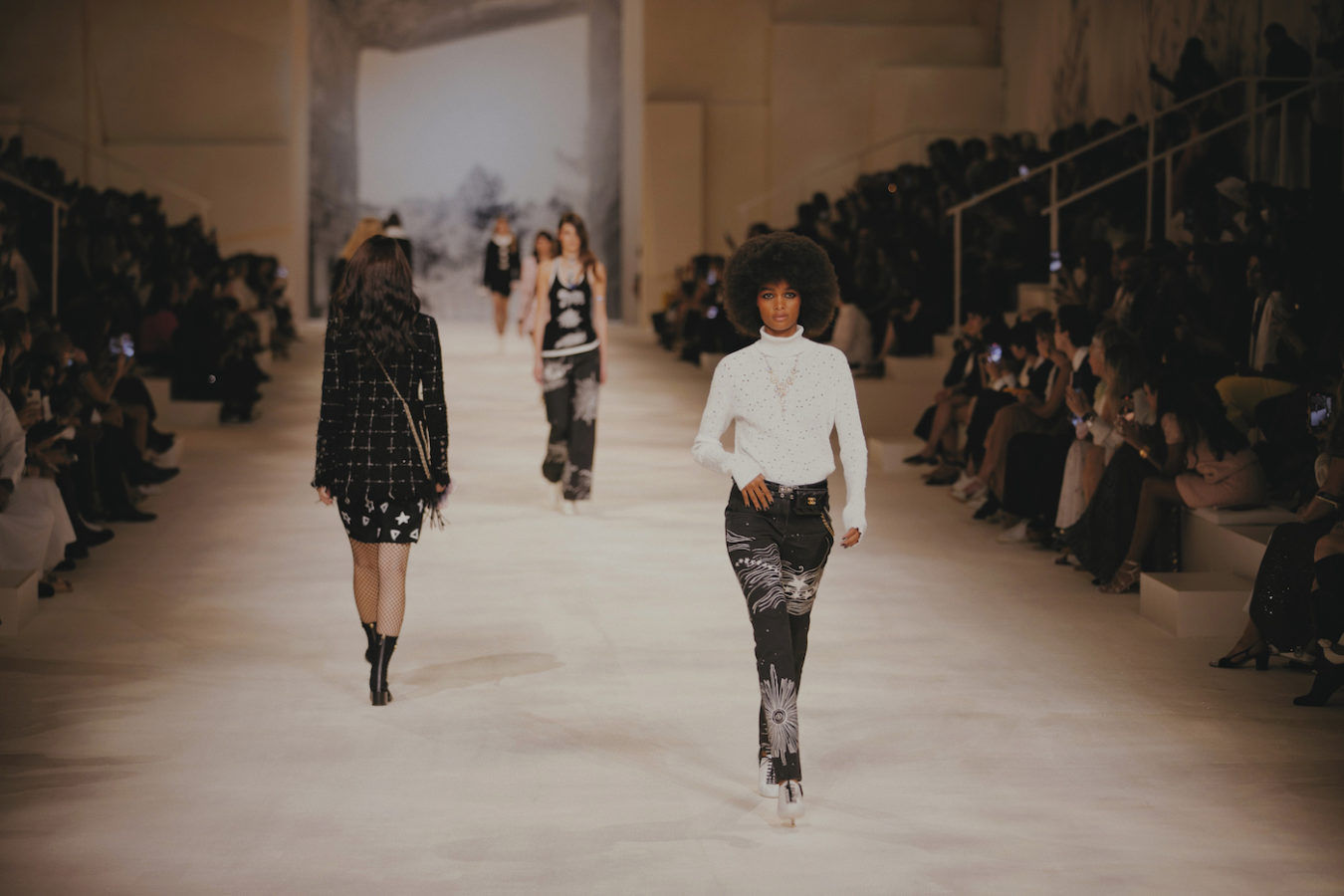 The French maison recently returned to the international arena with its first show outside of France since the beginning of the pandemic: Chanel Cruise 21/22.

The collection was presented in Dubai’s Creek Harbour District, following its showcase at the Carrières de Lumières in France back in May 2021. This marks the second time Chanel chooses Dubai to host its Cruise collection, after the Cruise 2014/15 show seven years ago.

On the night of November 2nd, friends of Chanel could witness the resurrection of archival silhouettes from decades past, presented against the projection of olive branches to pay homage to the Carrières de Lumières show from earlier this year. The imagery also alluded to the poetry from the 1959 film Testament of Orpheus by Jean Cocteau, which inspired Virginie Viard to curate a mostly two-tone collection with playful, colourful accents from the 60s with punk and rock elements. As a whole, the presentation was a walk down memory lane, where instalments of Greek mythology met avant-garde mid-century French cinema and emblematic notes of subcultures.

Mod and Punk references were prominent. The juxtaposition of tweed in black, white and baby-pink against graphic prints, frayed edges and fishnet stockings painted a picture of the quintessential rebel (think Blondie, Siouxsie Sioux and Cyndi Lauper), but elevated with that unequivocal Chanel polish. Viard summoned the spirits of rock and roll with rows of long fringe that bled from miniskirts to capes, bejewelled cross details upon knit sweaters and that one sleeveless tweed jacket on a model who looked a lot like Kristen Stewart in her post-Twilight era.

It wouldn’t be Chanel if the rebellious tones weren’t balanced with softness. Crystal-white dresses and skirts, and pieces with floral embroidery scattered on them breathed an air of freshness into the Cruise range. Speaking of freshness, two new silhouettes made their debuts on the show: the cropped tweed blouse-jacket with fitted peplum and the bondage-resembling bodycon top. The latter was distilled from Chanel’s costume for young Jean Marais in a play Oedipus Rex from nearly a century ago.

The prints from the show deserve a chapter of their own. From the first glance, the black-and-white depictions of camellias may seem to have informed the printwork on some of the pieces from the Spring 2022 Ready-to-wear show. The camellias upon the flowy dresses, skirts and kimonos appeared next to Chanel N°5 bottles, strings of pearls and beaded necklaces, and Maison’s monikers – a glorious example of Mod done the MODern way.