Spring/Summer 2021 runway report: Trends and highlights of the season 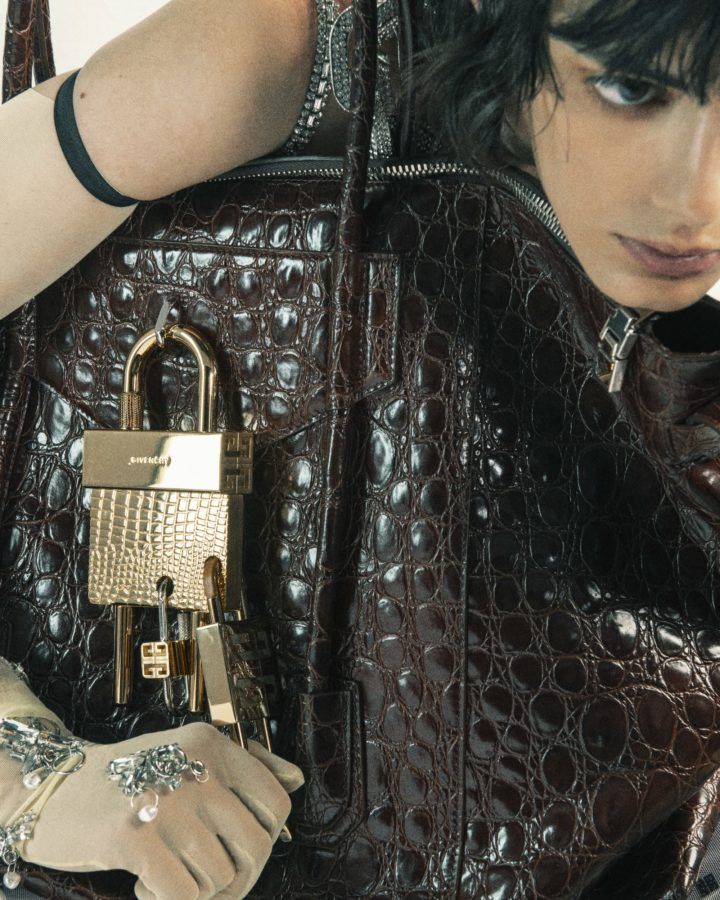 Style
Spring/Summer 2021 runway report: Trends and highlights of the season
Share
Next article

How did fashion houses power through the new normal to present Spring/Summer 2021? From beautiful backdrops to nostalgia-driven trends, Jacquie Ang rounds up the key highlights.

Things are getting hot and heavy at Givenchy. Self-taught Californian designer Matthew M Williams delivers his debut collection for the heritage house, revealing that hardware is at the heart of the new creative director’s vision for both men and women.

Drawing inspiration from the love locks from the Pont des Arts bridge, the heavy metal jewellery punctuates bags, shoes and clothing. He has expressed the idea that these may even replace the role of logos.

Another penchant – observed from his own label Alyx – that distinguishes this collection is his experimentation with fabric treatments that are as labour-intensive as traditional embroideries, producing a myriad of subversive textures.

However, Williams didn’t wipe the product slate clean. Givenchy’s iconic Antigona bag, which celebrated its 10th anniversary last year, has been given a number of cool updates. Reminders of his predecessors include Alexander McQueen’s horn (reborn as heels under shoes like the new Tryp-toe and hat ornamentation), founder Hubert de Givenchy’s “Jour” open-backs (accentuated with industrial hardware) and Riccardo Tisci’s savoir faire-meets-streetwear, although Williams himself is prominent in the luxury streetwear scene.

Williams’ rigorous gender-fluid tailoring can get subversively graphic, particularly with pointy-shoulder capes and pops of colour, that he tempers with the sensuality of sheer fabric.

Completed within two months, his highly anticipated showing proved he has made good on his promise that Givenchy’s new era would be “based on modernity and inclusivity”, packing the collection with products that can speak to a wide range of generations without looking like he is selling out. It is evident that his is focused on selling merchandise, not stories. He admits there’s no inspiration. “I’m not a person who designs in themes,” the French house’s seventh couturier discloses, making it known that consumers are on the top of his mind. “It’s about finding the humanity in luxury.”

A case of the blues

Perhaps designers took inspiration from the very people they’re designing for, returning to the tried and true indigo blues. They crafted dresses, among other styles, in denim, but the star piece is the basic pair of jeans. Its versatility is well demonstrated at Celine by Hedi Slimane, as a cornerstone in looks ranging from collegiate tomboy to cool girl-on-the-street. At Chanel, it channels an ’80s vibe paired with a big-shouldered tweed jacket. Valentino focuses on the iconic Levi’s 1969 517 boot-cut jeans, marked with a special tag to commemorate the beginning of this new fashion exploration.

Give your wardrobe an instant pick-me-up with this high-impact trend that makes you dream of those dazzling disco nights. Burberry sends out a shimmering Joan of Arc, while Saint Laurent deftly blends black-tie and sporty via white cuffs and bicycle shorts. Louis Vuitton keeps you dancing by amping up the volume on a minimalist suit with a generous sprinkle of sparkles. Even a little dazzle goes a long way – Valentino’s laid-back luxe take gives chinos a sensational lift with silver sequins.

This shortcut to spectacular style also sparks joy. Elevate your everyday looks by teaming optic-searing brights or balancing with easy-on-the-eye shades. And feel free to play with more than two colours — just look at the bold expressions from Gucci and Versace.

This era is major for Spring/Summer 3021, with crop tops, oversized pants and hip-huggers dominating the offerings. Top marks go to the layering trick of wearing your dress over pants, accentuating relaxed dressing that resonates with the times. Fendi emanates languid elegance with a sheer dress over a tank top-and-pants combo. Issey Miyake explores the graphic side of the trend with a trapeze dress. Dior continues to work with tie-dye, a technique that’s been a highlight in recent collections. creating a folksy spin that is also a nod to the maison’s innovative savoir faire.

Mother Nature had a starring role alongside Spring/Summer 21 offerings, as brands ventured outdoors for their presentations.