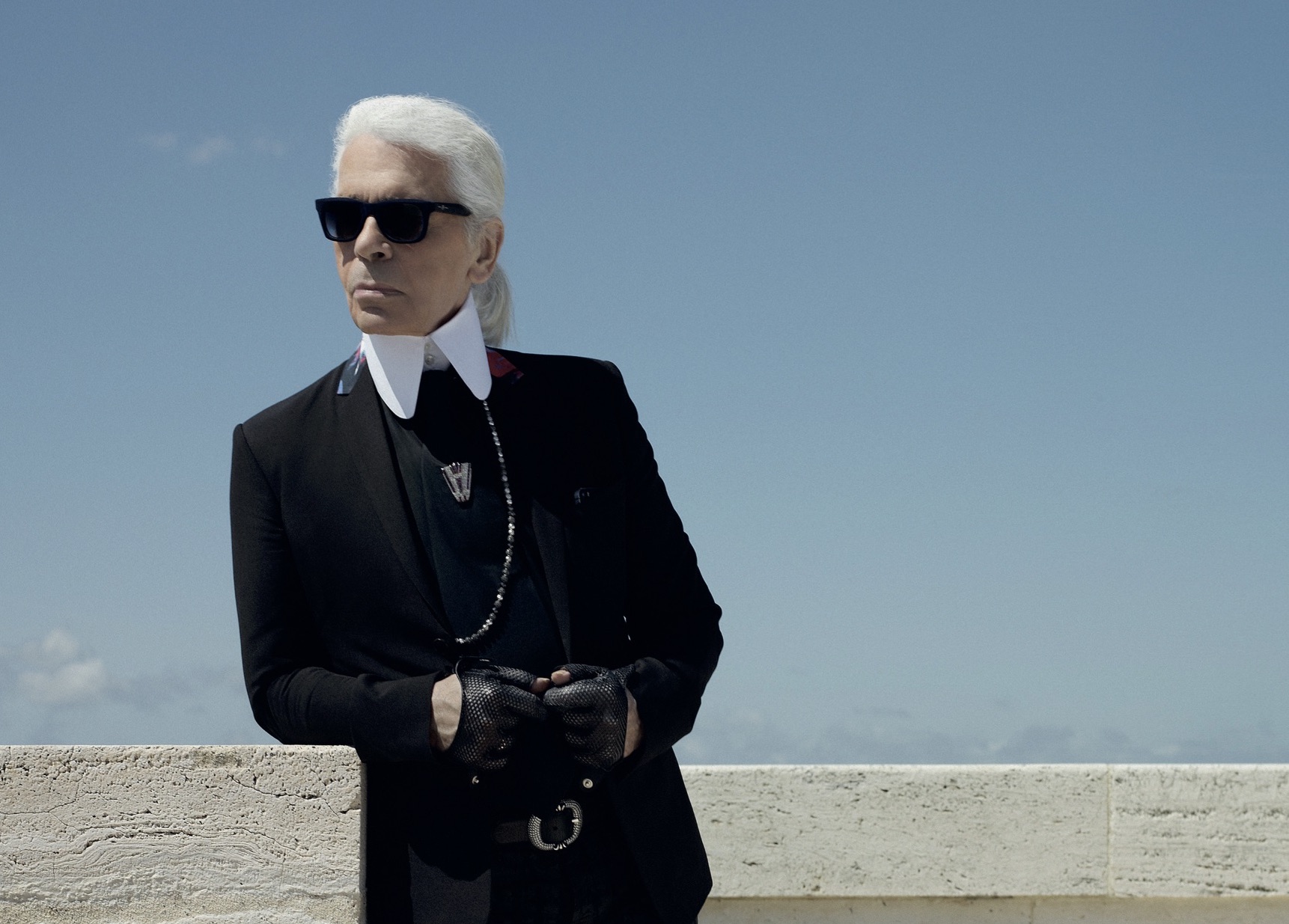 Take a bow: Karl Lagerfeld, fashion’s undisputed workaholic, has called it a day

Once upon a time, it seemed like ticking hours had no hold over Karl Otto Lagerfeld.

Always sporting sunglasses, sharp white collars, fingerless gloves, white Prince Charming-esque ponytail, with hardly a paunch in sight, he brimmed with inexhaustible energy, ageing well for someone in his 80s.

The German multitasker’s reign as king of collaborations has proven unmatched, with a string of prolific partnerships. Holding the creative reins at Fendi and Chanel translates to churning out ready-to-wear and couture collections, as well as shooting the ad campaigns for both luxury fashion powerhouses. But that did not stop him from taking on more projects with world-famous brands the likes of Volkswagen, Coca Cola, Shu Uemura and Faber-Castell, catapulting his name beyond the fashion universe.

The fantastical sets he conjured for each show established Chanel as a talking point every Paris Fashion Week, from which he parlayed his boundless imagination to chocolate suites for Magnum and lavish apartments for Hôtel de Crillon. Come 2020, he will have a hotel to call his own when the Karl Lagerfeld Hotel opens in Macau.

He shed more than 40kg in 13 months to fit into Hedi Slimane’s infamous skinny suits for Dior Homme. Wow. That accomplishment is still amazing 19 years later. If “nothing tastes as good as skinny feels” as Kate Moss declared, then the Renaissance Man gets his daily sustenance from magazines, music, movies and books.

In fact, it was reported in 2015 that the well-known hoarder had 300,000 books.“Today, I only collect books; there’s no room left for something else. If you go to my house, I’ll have you walk around the books.” Did someone suggest the Konmari? Doubt Marie Kondo’s 30‐book rule would spark joy for the bibliophile.

Neither would you expect the multilingual polymath with the outsized personality to cut back on the barbs. Criticism is another art form for the Renaissance Man.

No wonder people speculated that the overachiever was actually an android. But if he was a machine masquerading as a man of many talents, he was not one without feelings.

Who knew he would be susceptible to the power of cute until he adopted Choupette? So big was his crush that he spoilt the pampered puss rotten, and even confessed on CNN: “I never thought that I would fall in love like this with a cat,” lamenting that “there is no marriage, yet, between human beings and animals.”

Happy #NewYear from Daddy @karllagerfeld and moi. May 2017 be a sparkly as my big blue eyes. ✨🎉🍾 #KarlLagerfeld #Choupette #Chanel #Fendi

Neither was the android infallible. Whispers of his well‐being arose when he failed to appear beside the bride at the Chanel SS19 haute couture show for both the morning and afternoon sessions.

On February 19, news broke that the legend passed away in Paris that Tuesday morning at the age of 85, swamping Instagram with touching homages from friends, fans, creative allies and designers both juniors and peers. “Part of my youth went away with you… With whom can I now laugh and remember those happy and carefree moments spent at Fiacre or Flore… Karl, my friend, Karl genio gigantesco [“gigantic genius” in Italian]… my sadness is infinite… Au Revoir Karl!” Valentino Garavani grieved. Rival house Dior also paid its respects.

Valentino mourns the passing of @KarlLagerfeld. One of the true fashion greats, Lagerfeld, who was 85, worked tirelessly to bring his ever-evolving vision of chic to consumers worldwide, not only as the creative director of @ChanelOfficial, a job he held for a stunning 36 years, but also as the creative director for fur and ready-to-wear at @Fendi, and as the designer of his eponymous brand. Read more with link in bio.

“With a once cold but now simply broken heart, I am going into mourning,” purred his darling Choupette, pictured wearing a black veil. “I pray that your kind words and well wishes will help me to put my best paw forward in my future without Daddy and as my own woman.”

An illustration of Lagerfeld and house founder Coco with the words “The beat goes on…” fronted Chanel’s AW19 press kits, while each seat at Fendi’s AW19 venue was set with his sketches and a card bearing an F, a love heart and his signature. The date of his death, just two days before, was inscribed on the back.

“Love KL”, in his florid script, loomed large over the catwalk, while the Karligraphy monogram he designed in 1981 is embossed on the carpeted runway, and punctuated cabochon buttons, turtleneck bodysuits and tights.

His distinguished bows adorned necks and the back of clothes. “Karl worked until the very last day,” shared Silvia Venturini Fendi on Instagram. “We talked on Monday. He gave advice and directions on the last touches, this idea of a scarf to tie at the back of clothes.” She called “the bond between Karl Lagerfeld and Fendi fashion’s longest love story”; indeed, he ran her family brand for 54 years and has long been recognised as family. He made a flourishing business out of fur, but he has also imagined a future without it, in his AW18 couture collection.

Fendi played a portion of Loïc Prigent’s 2013 documentary, where he drew what he wore on his first day to work at Fendi in 1965.

Over at Chanel, he recalled the time when he was offered creative directorship. “People said, ‘Don’t take that, it’s hopeless, it’s over’,” his voice echoed across the Grand Palais transformed in his last spectacle of a mountain village on a beautiful winter’s day.

The show ended with a parade of models led by Cara Delevingne, strolling through the set like they were “walking in a painting,” as Queen Elizabeth II once said of Lagerfeld’s extravagant sets. Many were visibly emotional – Mica Argañaraz, Mariacarla Boscono and Catherine McNeil were seen wiping their tears as the trio, together with Delevingne, put their arms around one another’s shoulders for support.

The Kaiser is not one for sentimental farewells though. “I do not like funerals, and I do not want anyone to come to mine. Do what you want with the ashes. Send them down the garbage chute.”

Cremated without a funeral service, the lifelong insomniac would have his wish and be laid to rest in a private ceremony. Ruhe in Frieden (“rest in peace” in German), Mr Lagerfeld. May your glass of Diet Coke be forever full.

Sign up to get the latest luxury and lifestyle news delivered to your inbox.
Chanel Fendi Karl Lagerfeld
Jacquie Ang