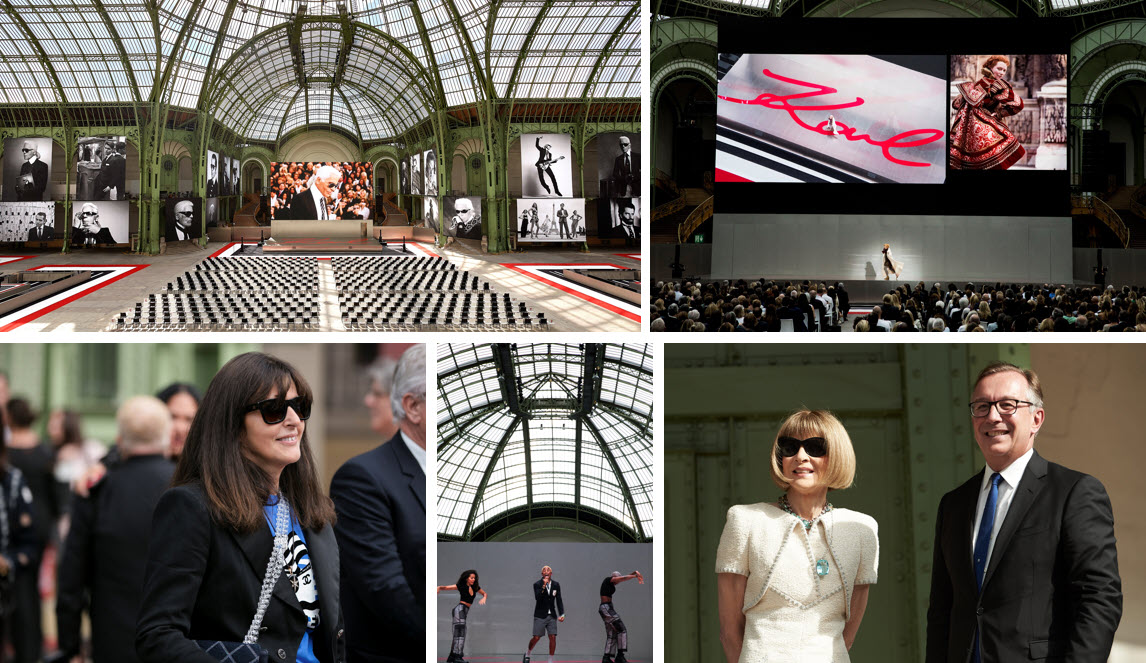 On 20 June 2019 (Thursday), the houses of Chanel, Fendi and Karl Lagerfeld came together to celebrate the life of a man who was not only a talented creator but also a loyal friend. More than 2,500 people turned up to honour the spectacular life of the mythic kingpin of fashion.

#KarlforEver — in a setting by Robert Carsen, photographs of Karl Lagerfeld appeared under the nave of the Grand Palais as the guests gathered for a memorial celebration in Paris. #CHANEL #KarlandCHANEL #karlforever2019

The show Karl For Ever was designed, directed and staged by Canadian opera director Robert Carsen, and was held in the Grand Palais, the same venue where Lagerfeld staged some of the most astounding shows for Chanel, including a fully-stocked grocery store for its Fall/Winter 2014 collection, as well as recreating the Eiffel Tower to scale for its Fall/Winter 2017 couture show.

Towering black and white portraits of Lagerfeld — all taken by the most acclaimed photographers throughout his career — also lined the walls of the Palais.

Actresses Helen Mirren, Tilda Swinton, and Cara Delevingne, were also present to read excerpts of works by Virginia Woolf, Stéphane Mallarmé, Colette and Edith Sitwell, Karl’s favourite authors, while dozens of clips before Karl’s death were stitched together into a moving tapestry, narrated by the Kaiser himself.

Other artists including Jookin dancer Lil Buck, violinist Charlie Siem, pianist Lang Lang and musician Pharrell Williams were also present to pay their tribute to the man whom they called friend.