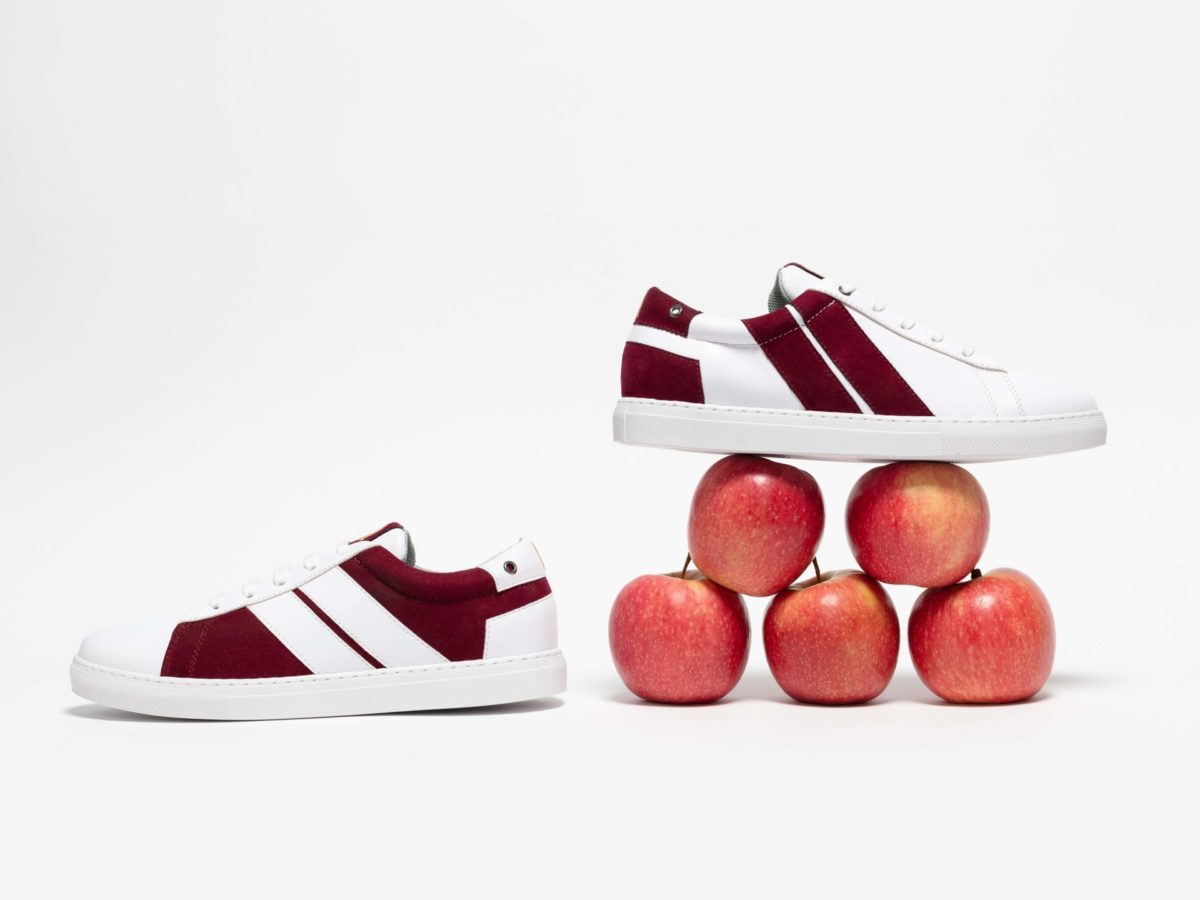 Well known for its mismatched sneakers, the Caval brand has announced the June launch of a new unisex collection made of apple leather, a recycled substitute for traditional leather that is also vegan.

Caval has chosen to use this material as an alternative to leather for its new unisex collection of vegan sneakers. The collection features an apple leather upper from Italy, coloured inserts in recycled PU from Spain, a 40 percent recycled natural rubber sole from Portugal and organic cotton laces from Italy. A 100 percent European collection in short, which combines natural, sustainable and recycled materials.

Starting on 13 June, four colours will be available from the brand’s online store. A further colour will be added in September in an exclusive collaboration with the Parisian department store, Le Bon Marché. As for the price, the sneakers will retail for €139 (about S$220). The new creations will be from Caval.fr.