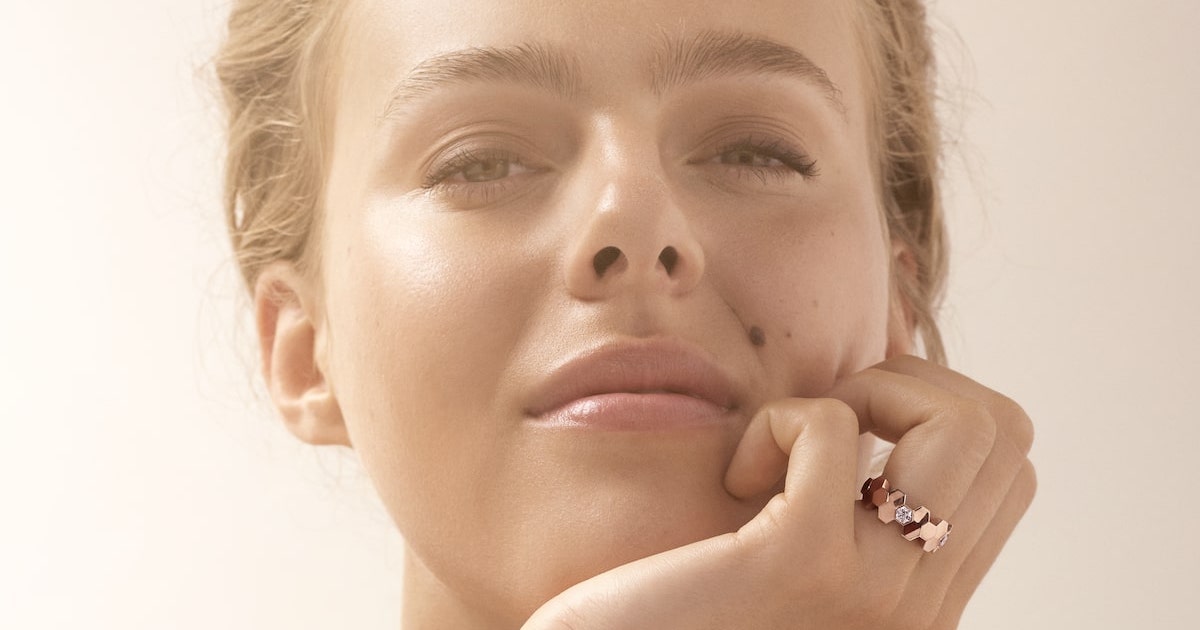 After assuming the throne as France’s ruler in 1804, Napoléon sought inspiration from his predecessor and personal hero, Emperor Charlemagne, when it was time to select an animal to represent his newly attained sovereign status. While Charlemagne’s emblem was the cicada, Napoléon mistook its outline for that of a bee. However, things worked out well as the humble insect had long been a revered symbol of the Christian church for its attributes of industriousness, diligence and orderliness. Keen to be associated with the bee’s many strong qualities, Napoléon adopted it as an imperial emblem.

It wasn’t long before Marie-Étienne Nitot – Chaumet’s founder and Napoléon’s appointed court jeweller – incorporated the hardworking creature into his repertoire of naturalistic jewellery for the emperor. Beyond Nitot’s precious creations, the French ruler went on to commission numerous references of the golden bee motif during his reign, featuring it on the coronation robe, coat of arms and even the wallpaper in his and his wife Empress Joséphine’s apartments.

More than two centuries later, the bee remains a significant hallmark of the house. In 2011, the Bee My Love collection debuted with a range of dainty stackable rings showcasing hexagonal motifs in pink, yellow or white gold. This year, the iconic line is enriched with 13 sparkling creations, including seven pieces that flaunt an entirely new diamond cut boasting exceptional brilliance, the Taille Impératrice.

Set in a star-shaped crown reminiscent of the honeycomb’s distinctive shape, this diamond’s 88 facets accord the jewels an even deeper meaning as the auspicious number is a double evocation of an infinite love. The innovative cut also transposes the bee’s figure-of-eight dance – an ingenious language used between worker bees to inform one another on food source locations – into jewellery.

The dazzling stones are the result of a long process of extensive research and exceptional artistry, thanks to the maison’s diamond cutters who were inspired by cuts that impart the most radiance. Each hand-shaped facet is meticulously created to capture more light rays and diffract them with greater intensity. Endowed with an extraordinary brilliance even more vivid than that of a traditional brilliant-cut diamond, the mesmerising Taille Impératrice-cut diamond’s sparkle and fire draw the beholder in like a love spell.

Bee My Love’s signature graphic and contemporary honeycomb motif graces white or rose gold creations comprising earrings, necklaces, pendants, bracelets and rings with or without diamonds. Every perfectly mirror-polished gold hexagon gleams brightly as it catches and diffuses light on its face and edges – an apt tribute to the origins of Chaumet’s founder, who was first a goldsmith before becoming a jeweller.

Ablaze with brilliance is the stunning Bee My Love white gold diamond ring, which flaunts an enthralling trio of Taille Impératrice-cut diamonds including a central one-carat stone. The refined creation pairs perfectly with other pieces showcasing the new diamond cut, such as drop earrings, a pendant or asymmetrical Y-shaped pavé diamond necklace that reimagines the maison’s cherished négligée necklace design.

The new Taille Impératrice-cut diamonds also light up a graphic rose gold parure that features a playful abstract design. Gold and diamond honeycombs are seemingly arranged in a spontaneous, visually striking manner to create a short necklace and an articulated bracelet, which complement an architectural ring and drop earrings.

Part of the appeal of Bee My Love jewels is that there are no rules when it comes to wearing them. An ode to spontaneity and self-expression, the designs offer countless styling options as they are ultra-wearable, versatile and never ostentatious. Pieces with scintillating Taille Impératrice-cut diamonds can match seamlessly with the line’s other offerings, like a white or rose gold pendant composed of three bands of hexagonal cells on a delicate gold chain. For a whimsical touch, pair the rose gold pendant featuring a hexagonal medallion of a diamond-set bumblebee with a pair of rose gold drop earrings flaunting eight Taille Impératrice-cut diamonds.