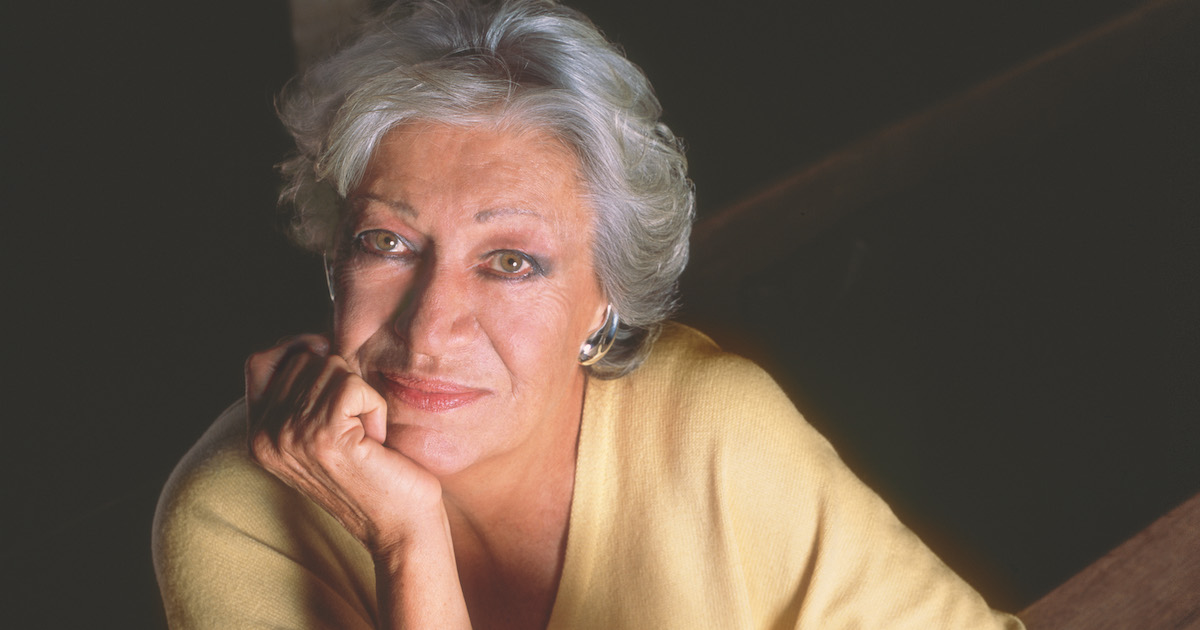 Elsa Peretti’s jewellery collection for Tiffany & Co. sold out on the day it launched – Sep 25, 1974. Smitten by the artistry and sophistication of her sculptural gold and silver jewellery, as well as the laid-back glamour of Diamonds by the Yard, over 2,000 people attended Peretti’s first personal appearance.

Signalling a revolution in the world of jewellery design, the pieces were the jewellery equivalent of ready-to-wear. Women were seduced by the impactful yet elegant simplicity of the pieces that featured never-before-seen organic, sensual, biomorphic forms.

Michael J. Kowalski, Tiffany’s former chairman and CEO, added: “The day Elsa Peretti became a part of Tiffany & Co. was the day we entered a new era in our history of design innovation.” Not just known for her commanding presence and silhouette, the model-turned-designer was a masterful “artisan” – her preferred title. She explored nature with the acumen of a scientist and the vision of a sculptor: “All my work comes out of my life. I’m gifted and see lines and shapes where no one else does.”

Peretti, who passed away on Mar 8 this year at age 80, was born into a wealthy family in Florence, Italy. Educated in Rome and Switzerland, she returned to Rome to pursue an interior design degree, after which she had a short stint with architect Dado Torrigiani in Milan before embarking on a modelling career in Barcelona. It was in 1969 – shortly after moving to New York City to pursue modelling – that Peretti started to design jewellery for herself.

She went on to design for American fashion designer Giorgio di Sant’Angelo, who featured her creation of a silver bud vase on a chain in his fashion show. The piece was an instant hit. It was also during this time that Peretti met legendary designer Halston, who became her long-time friend and frequent collaborator. She began designing pieces for his runway shows as well, which caught the eye of executives at Tiffany.

Peretti’s illustrious career at Tiffany began after its art director, George O’Brien, reached out to a senior editor at Harper’s Bazaar to arrange for a meeting with her via Halston. At the meeting, the only jewels she showed Tiffany’s chairman, Walter Hoving, were her Bottle pendant and Bone cuff. He offered Peretti a contract on the spot. “It was the right idea at the right time,” Hoving revealed to The New York Times a few years later.

Peretti’s minimalist creations bore an aesthetic that was powerfully feminine yet unpretentious, like the woman it was created for. A true pioneer of design, she drew from simple, innocuous objects and elevated them to extraordinary pieces with sensuous, graceful lines that were groundbreaking at the time. “Good line and good form are timeless,” she famously declared.

Peretti particularly loved sterling silver jewellery and her pieces raised the precious metal’s status to accessible luxury. Her creations broadened the definition of fine jewellery, creating a new customer category for Tiffany. Women were now buying Peretti’s jewels for themselves. “I design for the working girl. What I want is not to become a status symbol, but to give beauty at a price,” she said in a 1974 interview with People magazine.

An affordable version of diamonds, Diamonds by the Yard (Halston named the collection) featured fine, fluid chains punctuated with snag-proof bezel-set stones that forever changed the role of diamonds in fashion. “If diamonds are mounted like this, the light is different. They look like drops of light, like a stream – very modern,” she added.

Then, there was the iconic Bone cuff: “My love for bones has nothing macabre about it. As a child, I kept on visiting the cemetery of a 17th- century Capuchin church with my nanny. All the rooms were decorated with human bones. My mother had to send me back, time and again, with a stolen bone in my little purse. Things that are forbidden remain with you forever. Later on, I was free to collect bones, so at my leisure I designed a world of beautiful shapes, which have remained with me ever since.’’ Peretti’s sculptural aesthetic is exemplified in the piece’s signature curvaceous edges and famous contour that fits perfectly over the wrist bone. “It was done with the first craftsman I worked with, Señor Abad,” she told the special Style and Design issue of Time in 2013. “I was designing it on my left wrist. Then there was a flash between us about the area around the wrist bone.”

The adventurous designer introduced new ideas based on ancient craftsmanship techniques to the Tiffany workrooms. Lacquer objects spotted on a trip to Japan ignited Peretti’s imagination and were realised as lacquered, hardwood jewels. A chain mail fragment she saw while on vacation in India sparked the idea for her Mesh collection.

Other hallmark pieces that showcased Peretti’s ability to give designs a beautiful fluid and tactile quality were the Bean design, Open Heart and Bottle collections, while her Snake, Scorpion and quintessential Mesh jewellery are testaments to how her designs beautifully drape and follow the body’s contours. “I have always been interested in the mechanics and its feel: Every jewellery piece should be captivating and comfortable to wear,” she elaborated on craftsmanship.

Throughout her design career, Peretti received accolades, including the 1971 Coty American Fashion Critics Award for Jewelry and the 1986 Fashion Group “Night of Stars” award. In 1996, the Council of Fashion Designers of America (CFDA) named her Accessory Designer of the Year. Most recently, Peretti accepted the Leonardo da Vinci Lifetime Achievement Award for Design at the 2019 Florence Biennale.

Recognising the artistic quality of Peretti’s creations, several museums, including The British Museum in London, New York City’s Metropolitan Museum of Art, the Museum of Fine Arts in Boston and more, have acquired her jewellery and objects for their permanent collections.

Anthony Ledru, chief executive officer of Tiffany & Co., adds: “Elsa has been one of our most beloved and important designer collaborators for nearly 50 years. Her designs are as modern today as ever. This is a true testament to her artistic vision and genius.” Indeed, the style and beauty of Peretti’s creations have transcended time to become important references in the fashion and design world today. Her legacy lives on at Tiffany through her jewels and objects, many of which have been continuously made since the launch of her first collection in 1974.

(All images courtesy of Tiffany & Co.)