How jewellery houses are going genderless 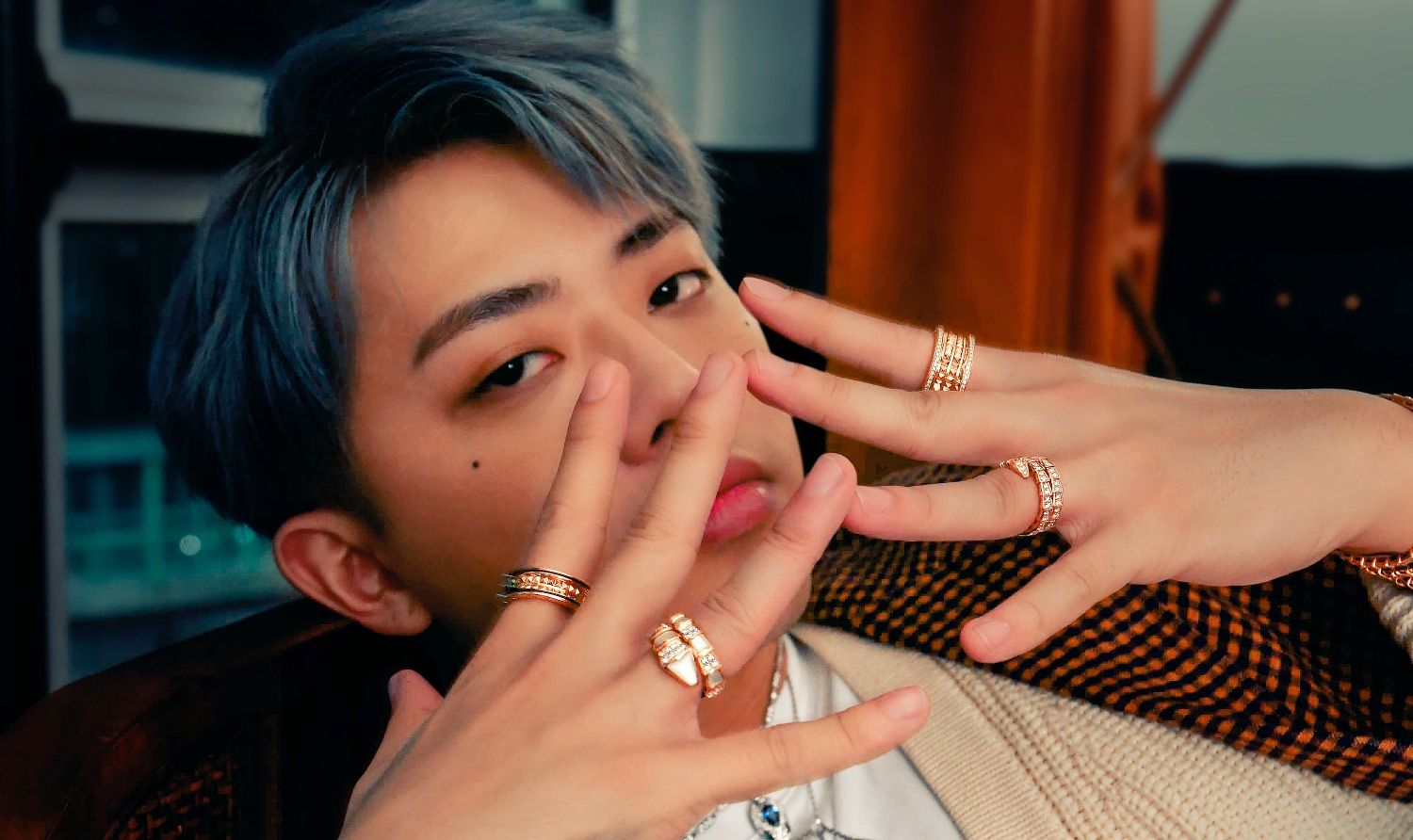 Style
How jewellery houses are going genderless
Share
Next article

Are jewellery brands moving beyond his and hers once and for all? Prestige speaks to brands big and small about genderless jewellery.

The topic of boys in bling isn’t new – even in this publication, we’ve noticed a rising trend in mainstream jewellery brands that, in the past year or so, have recruited male ambassadors and male models to showcase their latest collections.

Did Harry Styles start it? Some have pointed to the British singer’s red-carpet look at the 2019 Met Gala, when he paired his Gucci ensemble with a single pearl earring. Perhaps. It certainly marked a turning point for men’s accessories in recent years – since then, Styles’ sartorial sensibility has transcended the simple earring to include your grandmother’s pearls and feather boas, inspiring his peers to dress louder, bolder and more gender-fluid. The Jonas Brothers have been spotted rocking the pearl necklace, as has Shawn Mendes. Jake Gyllenhaal has been photographed wearing a simple gold chain necklace time and again. Appropriating “men’s jewellery” to simply watches, signet rings and cufflinks is no longer so appropriate.

Gender is a construct, socially imposed from the moment we’re born, divided into different things, activities, colours or careers deemed suitable for boys or girls. There’s nothing inherent in flowers and dolls that make them more appealing to girls, nothing to dictate that rocket ships and cars are made for boys (girls can play too, but they’re then labelled tomboys) – but somehow they’ve persisted well into the 21st century.

Few things around us are truly gender-neutral, though with changing attitudes towards gender and deeper conversations into inclusivity and representation, this is now changing.

The concept of genderless jewellery isn’t anything new but the years 2020 and beyond have shown an evident shift from mere trend to something that’s here to stay. Previously, genderless jewellery was seen as out of the box and utterly revolutionary – Italian jewellery designer Aldo Cipullo was well ahead of his time when, in 1969 and 1971 respectively, he designed the Cartier Love and Juste un Clou bracelets. The former was inspired by everyday screws and the latter inspired by the humble nail, speaking to the designer’s minimalist and androgynous style beloved by both men and women.

These days, the concept of gender-free jewellery has become the norm. Embodying the more audacious spirit, Roman jeweller Bvlgari has arguably been a champion of this category with its bestselling B.zero1 collection. The collection debuted in 1999, when Bvlgari decided to marry innovation with one of Rome’s most historic monuments – the Colosseum – to create an entirely unconventional and avant-garde design. It was the first collection to be described as unisex by the brand itself.

A major success, it inspired more iterations, from collaborations with the late architect Zaha Hadid, who reimagined the industrial, cylindrical shape with her fluid, undulating aesthetics, to the latest B.zero1 Rock collection, which adds irreverent studs to the design’s central band.

Even pearls – not just traditionally viewed as feminine, but also decidedly old-fashioned – were given an unexpected boost of gender-free appeal when Mikimoto partnered with Comme des Garçons to unveil the fashion label’s first jewellery collection in 2020. As a forerunner of avant-garde fashion under the leadership of Rei Kawakubo, Comme des Garçons challenged the norms of beauty and tradition – why can’t men also wear pearls? Through the collaboration, both brands aimed to adorn the necks of all, regardless of age or gender. Pearls were suddenly cool again when paired with chunky silver chains and emblazoned with the Comme des Garçons logo.

Louis Vuitton’s Volt collection by artistic director Francesca Amfitheatrof is another stellar example of jewellery transcending borders and genders. The brand takes inspiration from its classic leitmotif, allowing the capital L and V letters to intersect, stack up together, or connect at the ends to form lightning-bolt and pulse-line designs – new shapes that are decidedly graphic and cool. There’s a chain-link design as well as a mesh, presenting the L and V letters in myriad textures, finishes and dimensions with great gender-neutral appeal.

Expanding the Volt collection this year, Louis Vuitton brings us the LV Volt Upside Down, playfully turning the letters L and V on their heads to form lively and energising patterns in yellow- and white-gold pendants, highlighted with diamonds. There are radiant rings and bracelets that can be stacked and layered, and even a rocker-chic ear cuff that adds a bold and modern twist to the collection.

Locally, we see brands enthusiastically dressing up our city’s most treasured male idols. Hong Kong-based designers, too, are creating for a more gender-fluid crowd, utilising abstract themes and aesthetics that are universally appealing.

ZNS Jewellery is a brand-new concept that comes under long-established Hong Kong jeweller KS Sze & Sons and is headed by co-founder and chief creative officer Alan Chan. The traditional jeweller and the well-known designer had no qualms about entering the jewellery market anew, with a new attitude and gender-free positioning they believe was still underrepresented.

A philosophy, rather than material inspiration was Chan’s starting point. “Despite my many years of experience in design, I’m a newcomer to the jewellery business and to come up with an original and unique concept in this competitive market is never easy,” he explains. “I looked back at my life to uncover the belief and values close to my heart that I wanted to crystalise in my design – the notion of “from eternity to infinity” is what I’ve instilled in my jewellery concept. This philosophy became the groundwork.”

ZNS, with an audacious motto – See No Limits – showcases jewellery that’s more abstract. “It shows the symbolic values instead of how much the diamond costs,” says Chan. The ZNS collection features the letter Z interpreted in various ways, depicting the infinity sign, or interlinked in chains. Many pieces are designed to be transformable, allowing the wearer to incorporate the jewellery into their everyday lifestyle with ease.

“With growing trends of brands positioning themselves around their values or attitudes, I envisage that gender-free or gender-specific will no longer be an issue,” Chan says of the future of jewellery design. “Only the ideas matter.”

And not just in fine jewellery. Boucheron has emerged as one of the traditional jewellery maisons to wholeheartedly embrace gender fluidity in its high-jewellery collections. The brand’s highly regarded Quatre fine-jewellery collection was already deemed unisex when it launched in 2004.

“High jewellery shouldn’t just be for women,” Claire Choisne, the house’s creative director said. “Boucheron wants men to wear our jewellery because we also design pieces for them. In fact, high jewellery has always been something for men: it was initially created for men, who adorned themselves with jewels at the time of the kings and maharajahs. It’s therefore quite natural to create high-jewellery pieces for men. Jewellery is not about gender, but about style. It allows everyone to express their unique personality.”

Choisne believes there should be no boundaries when it comes to who can and cannot carry her jewellery – this was evident in her jewellery campaign for her latest collection, where both sexes were dressed based solely on what looked good on them, regardless of their gender.

“We create jewellery for women and men who love freedom and independence and know what they want, and that best reflects their personality and taste,” says Choisne. “We want to enable them to tell their story in their own way. Creative freedom is at the heart of our philosophy. This means that our customers are free from any constraints when they wear our pieces … We want women and men to be able to wear our creations as they see fit.”