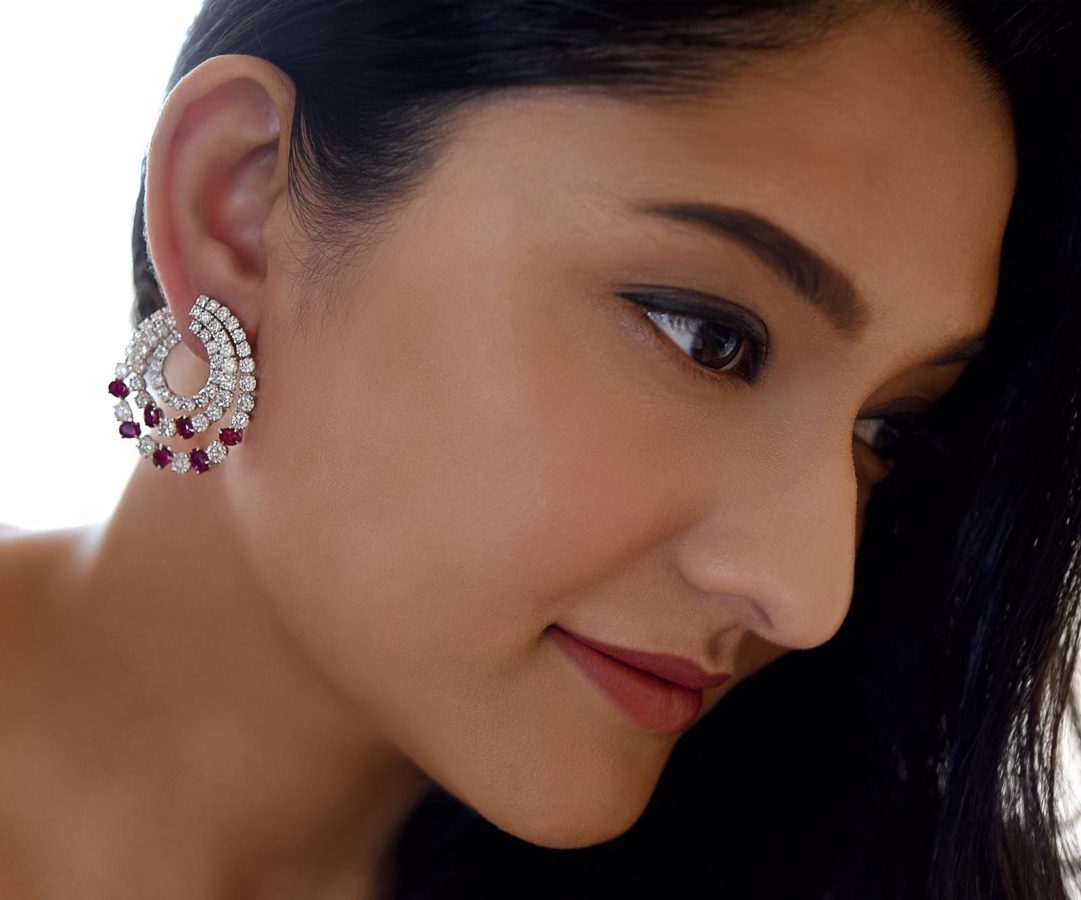 Pigeon’s blood rubies: Jeweller Vihari Poddar give us a crash course on the rare gemstone

Style
Pigeon’s blood rubies: Jeweller Vihari Poddar give us a crash course on the rare gemstone
Share
Next article

In May 2015, Sotheby’s Geneva broke auction world records with the sale of a rare ruby and diamond ring by Cartier at USD 30.3 million.

Weighing 25.59 carats, The Sunrise Ruby has since become the world’s most expensive ruby, fetching the highest auction price for the gemstone per carat at $1.2 million. Considered to be the rarest of all gemstones, the Burmese pigeon blood’s ruby, set between two heptagonal diamonds, has been described as “a unique treasure of nature” with a “well-proportioned cut, highly attractive colour and fine purity” by The Swiss Gemmological Institute. David Bennett, the global chairman of Sotheby’s International Jewellery Division, said he had never “seen another Burmese ruby of this exceptional size possessing such an outstanding colour” during his 40-plus years in the industry.

Macabre as it sounds, “pigeon’s blood” refers to a colour category reserved for high-calibre rubies that exhibit a deep, vivid red with purplish undertones. “This colour has been compared by the Burmese to that of the blood of a freshly-killed pigeon, hence the references to such stones as being of ‘pigeon-blood’ red,” writes gemologist Max Baurer in his book Precious Stones, published in the 1900s.

“Certifications aside, you can tell, from sight, a ruby is likely to be “pigeon’s blood” (PB) if it’s a rich red rather than light or pink when examined from afar and in different lightings,” adds Vihari Poddar, managing director and designer of her eponymous jewellery label, Vihari Jewels.

While Burma — particularly the Mogok region — has produced the most legendary of rubies, the nomenclature is not exclusive to the country, especially now that its famed mines are almost mined out. “Not all rubies coming out of Burma are PB stones. Some labs give the “pigeon’s blood” (PB) grade to Mozambique rubies, too,” says Vihari. “Each lab’s standards are different, and the requirements for a PB classification are constantly changing. The Gübelin Gem Lab has the strictest criteria, looking at all aspects including colour, cut and clarity. The Swiss Gemological Institute SSEF mainly looks at the colour of the stone, while the GemResearch Swisslab AG (GRS) tends to be more lenient. Moreover, there are also many risks at every step, where even the most unexpected inclusions can surface during the stage of cutting, shifting the value of stones tremendously. The unpredictability and high standards adds to the appeal and rarity of PB rubies.”

With its resplendent crimson hue, pigeon’s blood rubies have represented life, passion, power and vitality in many cultures through the ages, sought after by royalty, worn by ancient Burmese soldiers, and mentioned in the Bible. Their mystical qualities, extreme rarity and enduring demand make them safe, feel-good investments. “Large pigeon’s blood rubies are collectors’ pieces, without question,” she says. “If a ruby is certified recently to be of PB quality, you can be sure that it’s amongst the rarest. The returns won’t ever turn negative.”

Vihari Jewels has worked with some truly spectacular Burmese pigeon’s blood rubies, like the breathtaking 20-carat pigeon’s blood ruby, which can be a pendant on the Maharajah’s Necklace or mounted on ring in the Nur Jahan ring. Unsurprisingly, the acquisition process is far from straightforward. “It’s a complex supply chain,” explains the jeweller. “Miners only show special stones to traders with whom they’ve built relationships with over a long period of time. For rubies that have yet to be validated, traders also rely on trust and transparency from miners, presuming that they haven’t treated the stones or placed them in oil. It also takes tremendous knowledge and experience to identify a pigeon’s blood ruby. Even then, because some gem labs don’t give the PB classification easily, we often don’t know for sure until the lab’s reports are out.”

As the most coveted of all gemstones, pigeon’s blood rubies are meant to be savoured and studied in person. Marvel at these magnificent stones at Vihari Jewels, located at #13-01 Ngee Ann City, which is open from Mondays to Fridays from 9am to 630pm and 9am to 1pm on Saturdays. For enquiries, call +65 6732 2877 or email info@vihari.sg for enquiries.

Ruby: All You Need To Know About The July Birthstone