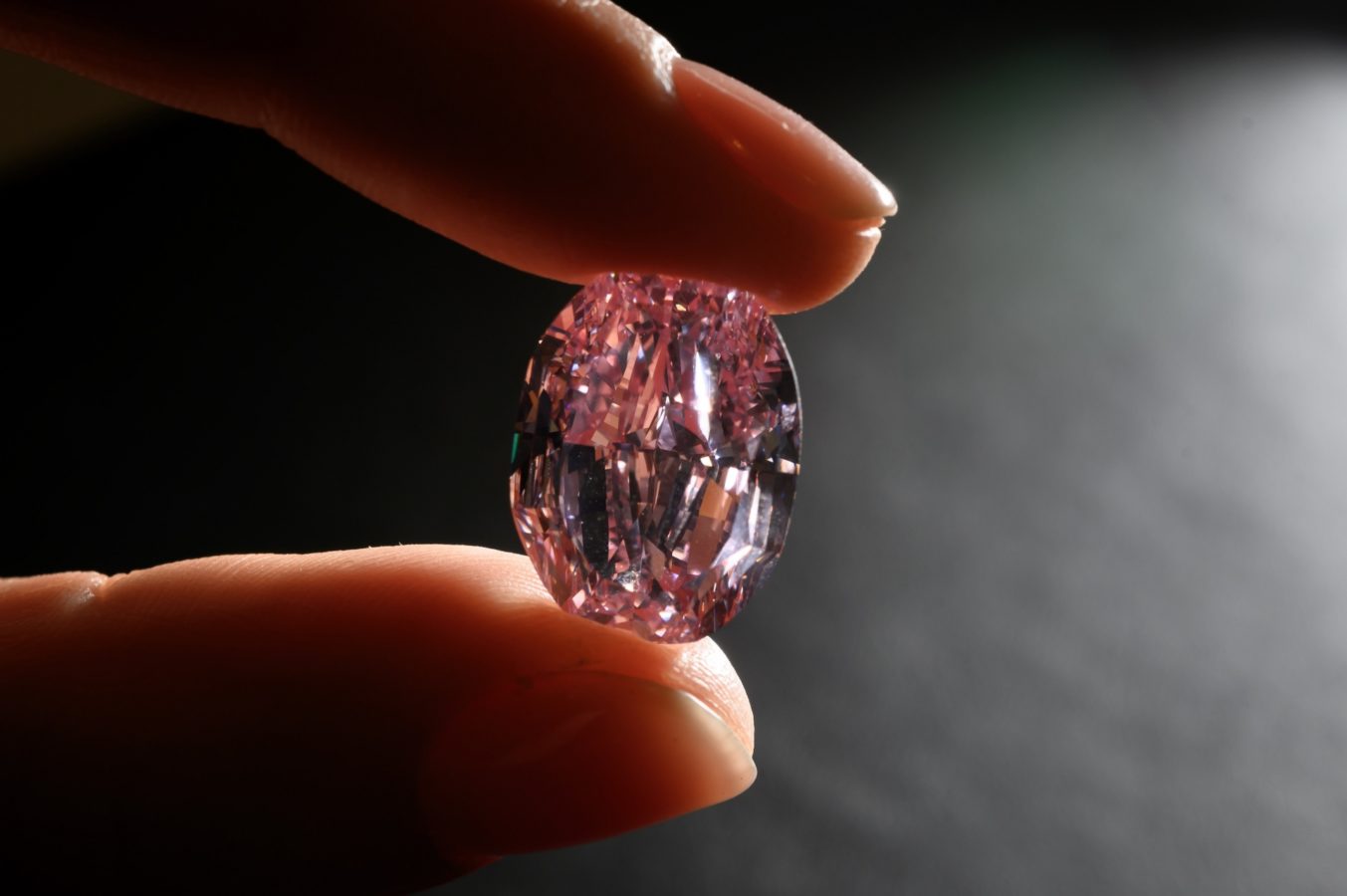 A rare pink diamond derived from the biggest raw stone of the colour ever found in Russia was sold for $26.6 million on Wednesday at Sotheby’s in Geneva.

Dubbed “The Spirit of the Rose”, the 14.83-carat stone’s final sale price including commission set a world record for a purple-pink diamond.

It took just a few minutes for the bids to reach 21 million Swiss francs after the marble-sized stone came up in an online auction, with the final buyer remaining anonymous.

Sotheby’s auctioneer Benoit Repellin called the diamond a “wonder of nature” and added that prices for the pink gems are going up as they become increasingly rare.

The “Spirit of the Rose” was faceted from a 27.85-carat stone found in 2017 by diamond mining firm Alrosa in Russia’s Sakha republic in northeast Siberia.

It took around a year of painstaking work to cut the finished diamond to shape while preserving its pink colour.

Pink diamonds are the rarest of the precious gems and the most in demand on the global market.

The world record for a pink diamond dates back to 2017, when a stone known as the CTF Star Pink was sold in Hong Kong for $71.2 million.

Five of the 10 most expensive diamonds ever sold have been pink, Sotheby’s said, with all sold within the past decade.

Just this month, the biggest pink diamond mine in the world stopped production, as Australia’s Argyle deposit that accounted for more than 90 percent of global supply was exhausted.

Sign up to get the latest luxury and lifestyle news delivered to your inbox.
Pink diamonds
AFP Relaxnews
gemstones

‘Bvlgari – The Story, The Dream’ takes you into the maison’s storied past