Tiffany & Co.’s CEO Anthony Ledru on the brand’s traditions in the modern world 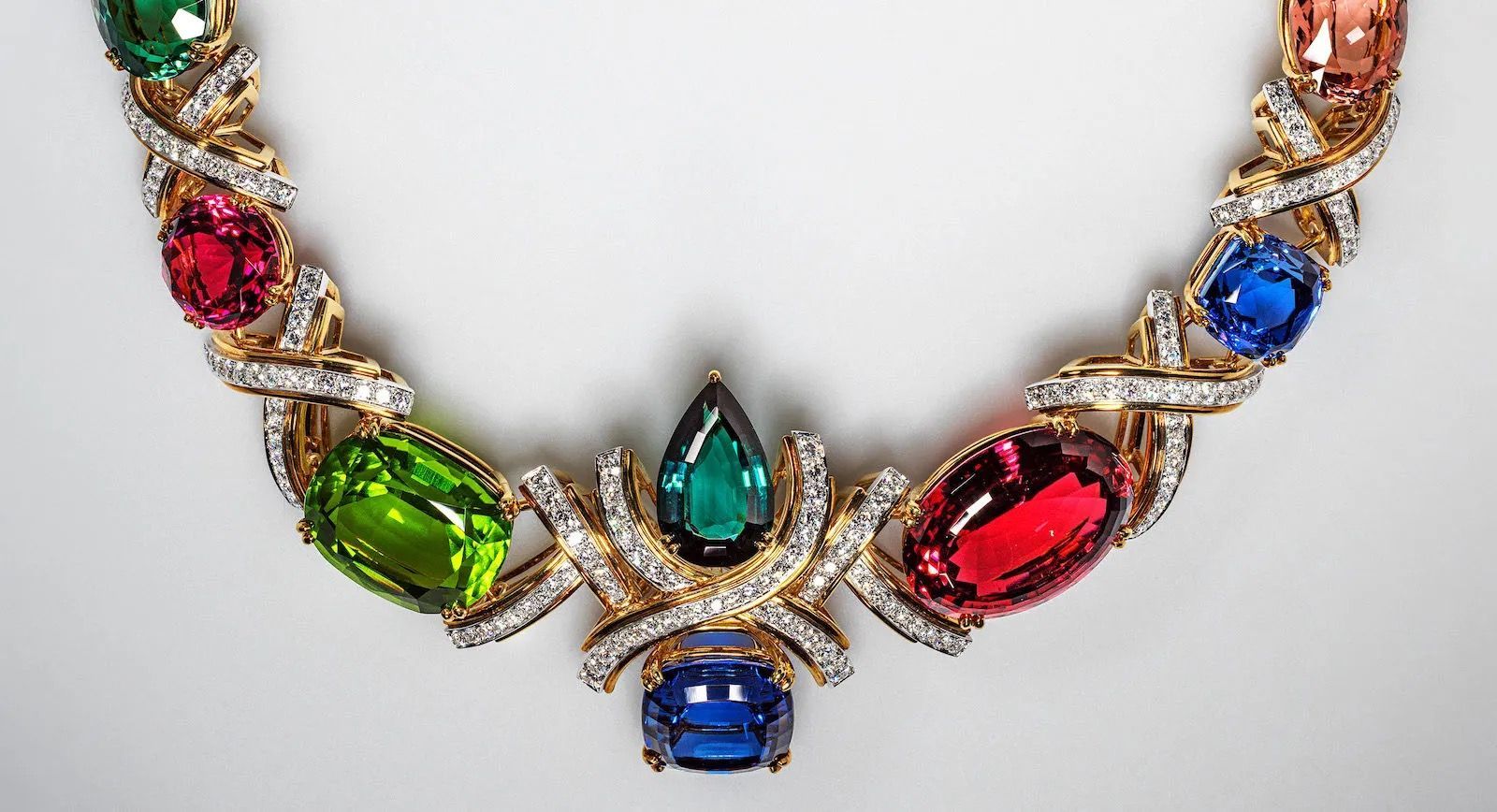 As Tiffany & Co. hosts an exhibition in London devoted to its illustrious history, we talk to the American brand’s president and CEO, Anthony Ledru, about its traditions in the modern world.

Tradition, often inherited, is a link to the past. In honour of culture or heritage, our traditions provide a sense of identity and belonging, inspiring positive memories and feelings for those who share them, from one generation to the next. Such is the power and continuity of tradition. No one understands this better than Tiffany & Co., one of the world’s oldest and most beloved jewellery brands and, thanks to a continuous emphasis on traditional values, a fixture in American culture and society for nearly two centuries.

Could this be what Holly Golightly, portrayed by Audrey Hepburn in the 1961 film adaptation of Truman Capote’s Breakfast at Tiffany’s, meant when she shared her hopes of finding a place where she feels her heart truly belongs? And, in her search for happiness and belonging, turned to Tiffany & Co. and everything it represents for comfort.“ I don’t want to own anything until I find a place where me and things go together. I’m not sure where that is but I know what it is like. It’s like Tiffany’s.”

Establishing varied traditions throughout its history, Tiffany & Co. began in New York as a fine goods and stationery store in 1837. Eight years later, the brand’s founder, Charles Lewis Tiffany, went on to publish the Blue Book, a catalogue of the company’s most precious gems and silver that has since expanded into an annual presentation and, of course, its emblematic Tiffany blue branding. Another is the tradition of the diamond engagement ring, which was introduced by Tiffany& Co. as a modern symbol of love in 1886. 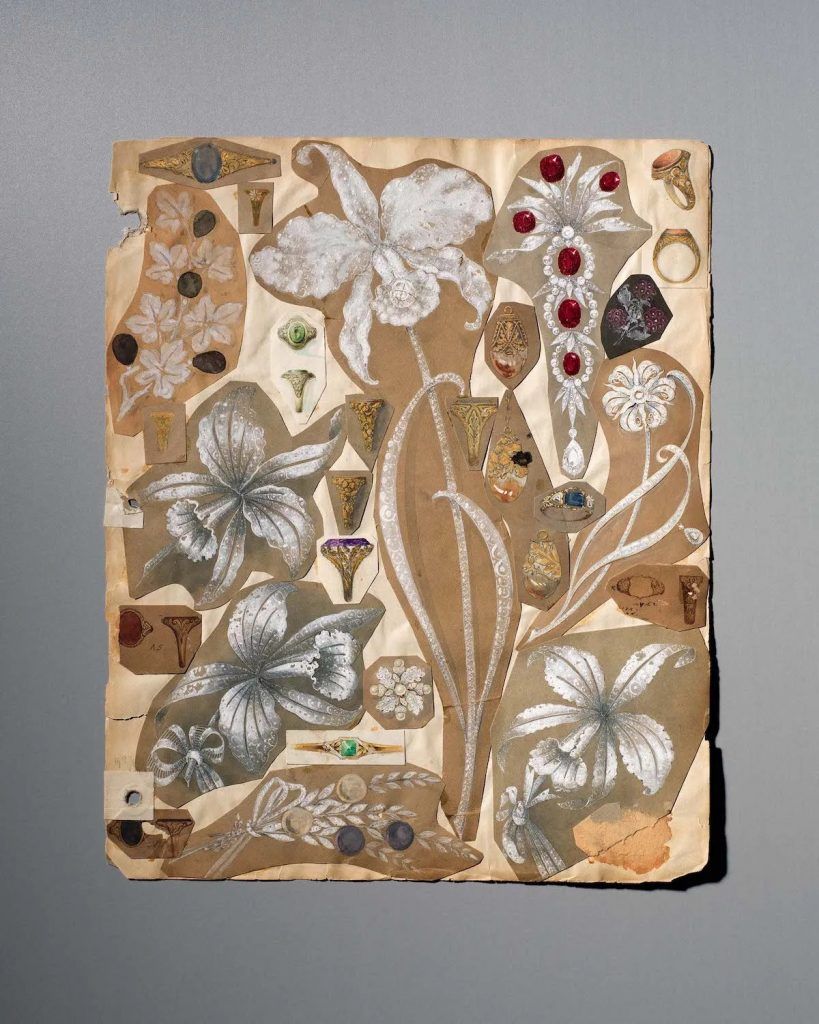 Tradition and modernity, however, aren’t mutually exclusive. After all, modernisation can strengthen tradition, breathe new life or reaffirm the connection that makes you part of something extraordinary. No wonder, then, that Tiffany & Co. would embed itself into popular culture, appearing on America’s most influential and stylish, including that cinema classic during which Hepburn peered into the windows of the Tiffany flagship store on Fifth Avenue in New York.

Today, Tiffany & Co. continues its long-standing relationship with both tradition and modernity in the next chapter of Vision& Virtuosity, an exhibition held in London’s Saatchi Gallery telling the multi-layered story of America’s oldest luxury jeweller, which is underpinned by the brand’s core values of just that: vision and virtuosity. Showcasing more than 400 objects from the house’s archives, this seven-chapter chronicle is a visual representation of Tiffany’s brand identity, heritage, and creative influence. 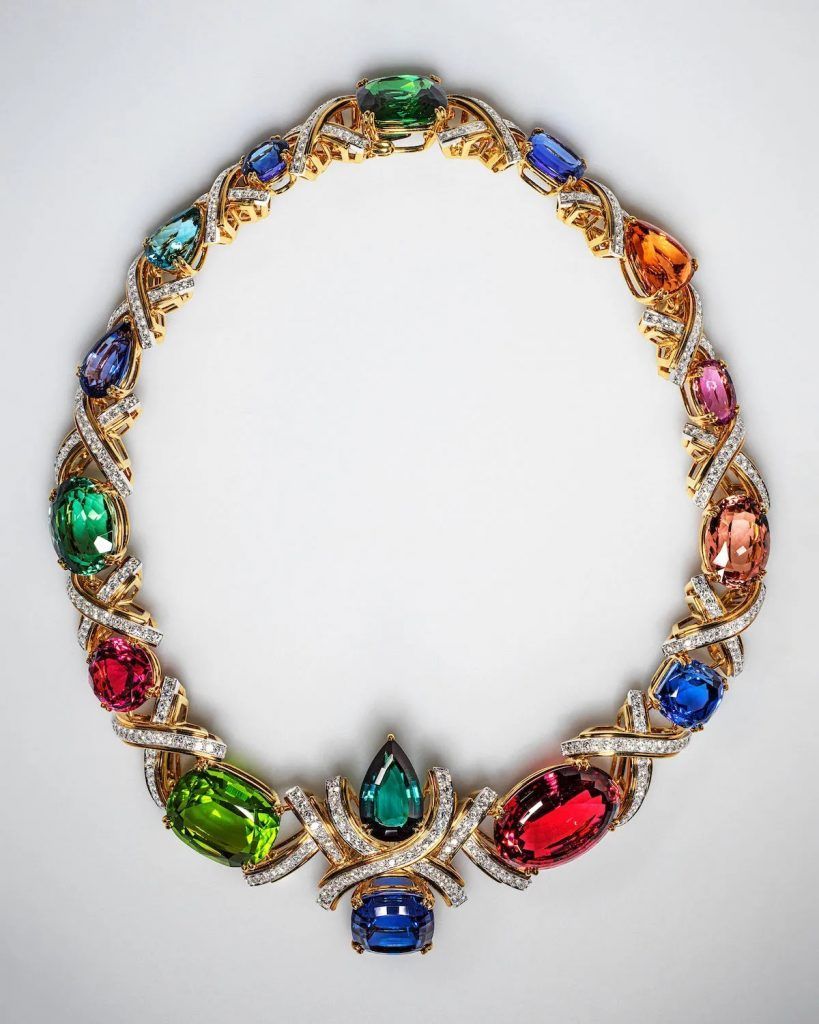 The exhibition begins with an exploration of Charles Lewis Tiffany’s legacy, then meanders through the creative works of renowned jewellery designers Jean Schlumberger, Paloma Picasso and Elsa Peretti. There’s also a section dedicated to this year’s iteration of Tiffany’s annual high-jewellery collection, Botanica: Blue Book 2022, which debuted in Asia for the first time in Hong Kong before moving to London. Other spaces are dedicated to Tiffany’s engagement rings; Breakfast at Tiffany’s, where the original script may also be viewed; and a “spectacle of diamonds” devoted to Tiffany’s illustrious diamond creations. The exhibition culminates in an opportunity to view the legendary 128.54-carat Tiffany Diamond, worn only by five women in its lifetime, including American socialite Mary Sheldon Whitehouse, Audrey Hepburn, Lady Gaga, Beyoncé and, most recently, Gal Gadot in the cinema adaptation of Agatha Christie’s Death on the Nile. 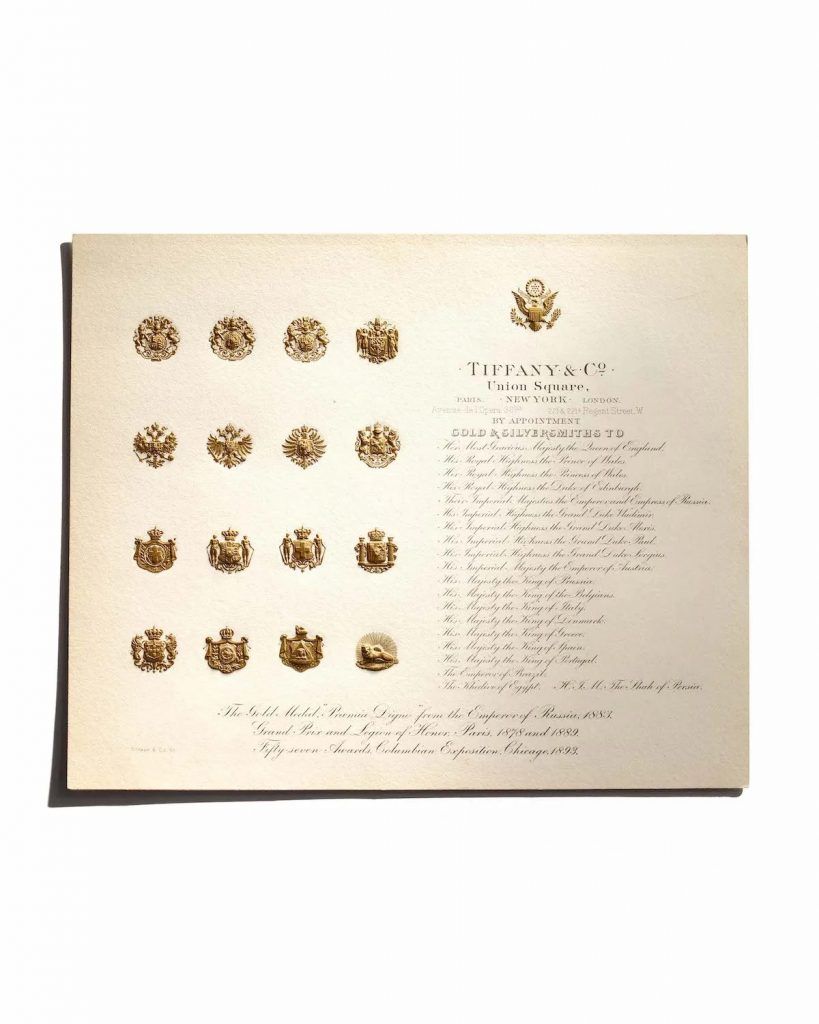 On what to look forward most at the exhibition, Anthony Ledru, Tiffany & Co. president and CEO, says “The story behind the Tiffany Diamond is extraordinary. Its history not only reflects the pioneering spirit of our founder Charles Lewis Tiffany, but also our legacy of world-class craftsmanship.” On a more personal note, he adds, “The Bird on a Rock brooch is perhaps my favourite creation, as it epitomises what Tiffany & Co. stands for: exceptional gemstones combined with exceptional design.”

In his second year with the company, Ledru has been working to modernise the historic brand, innovating to match the current business landscape, while nonetheless continuing to embody Tiffany’s history and American heritage. “We’re an American brand with European heritage,” says the CEO who, much like the brand, connects with both cultures. Ledru was born in France but considers himself half American, having spent many years living and working there.

He foresees a future for Tiffany & Co. that’s as dazzling as its past. “We manufacture in the United States and benefit from the American values of optimism and joy. At the same time, we also have that European sense of sophistication. These qualities are timeless, and this unique positioning will ensure our success in the future.” On the future of diamonds itself, he adds, “Tiffany continues to be a pioneer in sustainability and responsible sourcing, being the first global luxury jeweller to offer diamond traceability.”

Emphasising the brand’s ability to match pioneering creativity with its legendary craftsmanship, he says, “Tiffany is the oldest American luxury jeweller born with an international mindset since day one. For nearly 200 years, Tiffany has been an innovator in the industry, balancing tradition and modernity, as well as being deeply ingrained in the popular culture around us.”

The link between Tiffany’s past and its future is experienced not only at the Vision & Virtuosity exhibition, but also through the company we know today. “Tiffany stands for exceptional quality, innovation, craftsmanship and heritage,” says Ledru. “These core values highlight our reputation as the ultimate lifestyle jeweller.” It’s with this in mind that Tiffany’s traditions will never be an obstacle to its progress. Its past plays a vital role in shaping what it is today, just as today’s innovations may become traditions of the future. 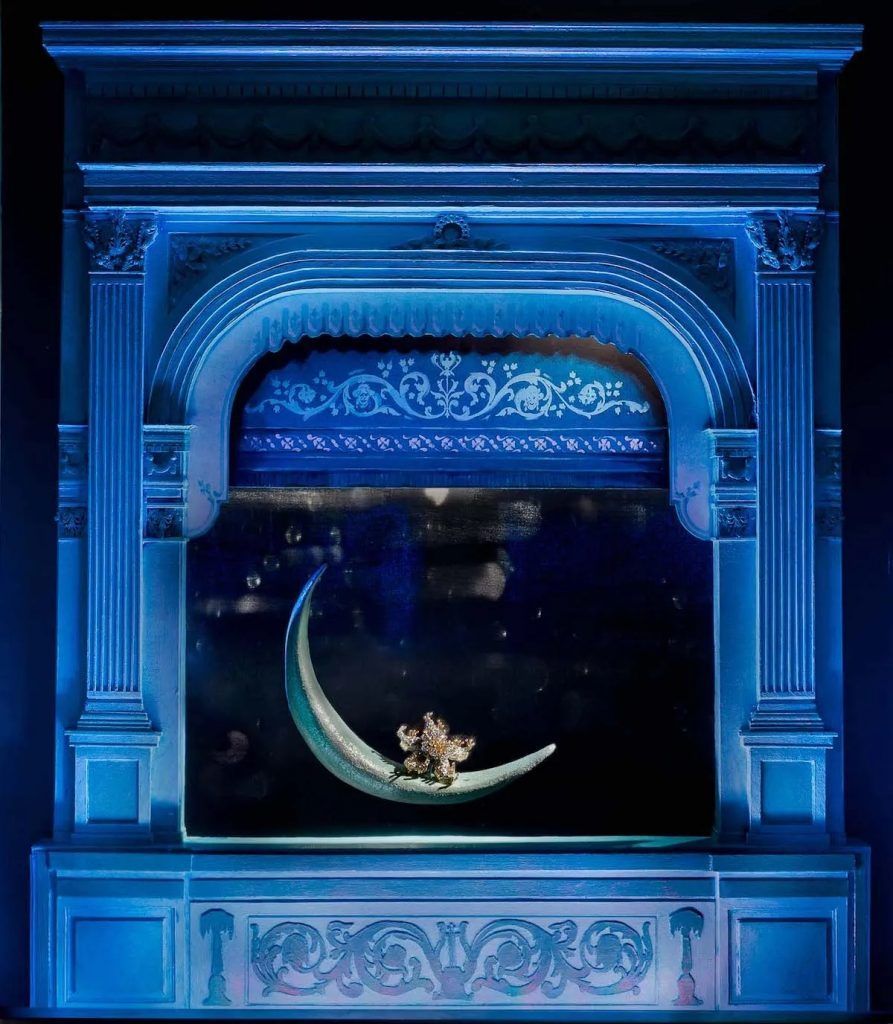 Perhaps we may even be able to enjoy Vision & Virtuosity as a tradition in other locations in the future. And to that, Ledru replies, “We look forward to creating new formats and experiences to retell the story of Tiffany in coming years.

All images courtesy of Tiffany & Co.